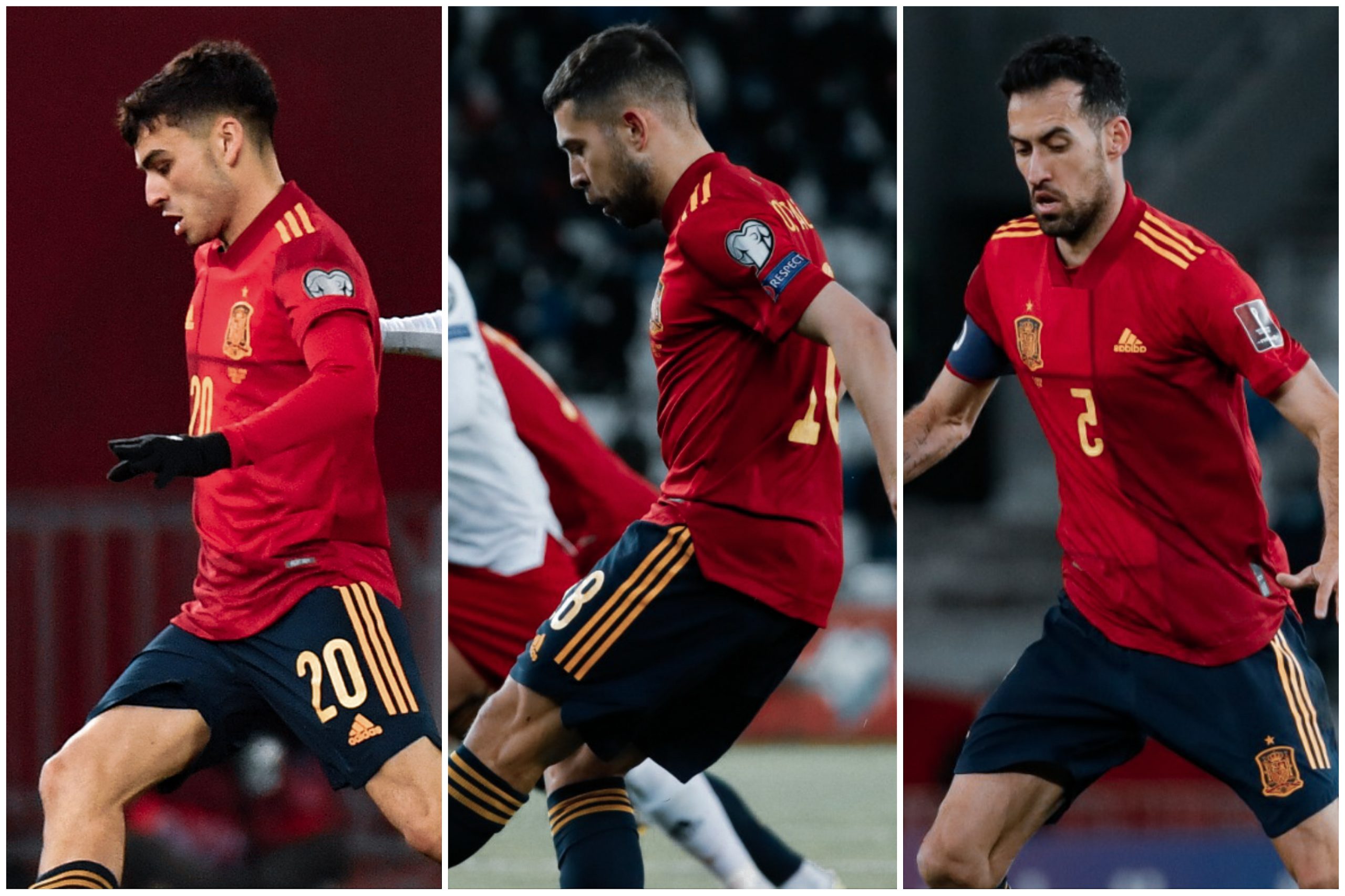 As the referee blew the whistle for full-time at the Boris Paichadze Stadium, Alvaro Morata clenched his fists and let out a shout of pure adrenaline. The kind of shout you’ll hear when someone climbs over the edge and scrambles to safety after a lot of clawing away and holding on. The fact that a player who has won the Champions League and La Liga twice was elated to this extent tells you everything you need to know about what kind of a match it was.

Spain’s 1-1 draw against Greece wasn’t an ideal way to start their qualifying campaign for the 2022 FIFA World Cup. Luis Enrique’s side has the hopes of one of the great footballing nations on their shoulders. The 2010 World Cup winners traveled to Tbilisi to face ex-Bayern Munich defender Willy Sagnol’s Georgia team yesterday.

The lineup was a relatively inexperienced one for Spain. Three Barcelona players — Pedri, Sergio Busquets, Jordi Alba — took on the pitch. In Spain’s 4-3-3, or 4-1-4-1 at times, it was Jordi Alba who played as the left-back, Pedri as the interior on the left and Busquets as the pivot.

After Spain’s draw against Greece, Luis Enrique was asked whether the team’s style will change now. He was adamant on the fact that it would remain unchanged, and that was visible today. Spain looked to maintain possession, play attacking football, and patiently pass their way through the opposition. To enable this, they looked to build-up from the back. Ex-La Masia defender Eric Garcia was partnered alongside Diego Llorente initially. As the former was not as reliable as necessary, Inigo Martinez was subbed on for him at halftime and Garcia was shifted to the right side of the defence.

The full-backs initially remained open as passing options for the centre-backs but would move up the field as play progressed. As they tried to progress either a 4-2-3-1 or a 4-4-2, Sagnol’s team had two players cutting off passing lanes to the midfield. However, stopping Busquets from finding space isn’t an option. The most they could do was to delay the time it took him to find space to receive in.

Though there were a few uncharacteristic passes misplaced by the 32-year-old midfielder towards the start of the match, the performance as a whole was of the highest quality, as Lucho acclaimed later. Georgia would launch the ball forward often. Through his anticipation rather than physicality, Busquets won 7 aerials out of an attempted 8.

All three Barcelona players were crucial to Spain in possession. Jordi Alba had 10% of the team’s possession, Pedri had 7.7% and Busquets, 6.5%. One of Busquets strongest attributes is to break down the opposition’s attacks as soon as they start. Out of four tackles attempted, two were in the middle of the opposition’s half. The same was the case of the aerial duels.

The Barça veteran’s positioning remains one of his most underrated attributes. The interceptions, tackles, and duels he completed are all a product of positioning and anticipation. However, this positioning is very useful in the attack as well. When Spain had possession in the middle and final thirds of the pitch, it was up to the pivot to be available at all times regardless of where the ball was.

The Spaniard is a master of this, and has shown the best of it with a resurgence in form. As we can see from the image of Busquets’ touches below, he was omnipresent and received the ball many times deep into the opposition’s half.

Jordi Alba has resurected to his best form this year. The attacking full-back now has three assists and two goals in his last eight matches and had a major role on both ends of the pitch for La Roja. Georgia would look to counter fast and efficiently. To do this, the player on the ball would need to have as many passing options as possible.

As a result, we often saw the forwards making runs as soon as the ball was in midfield. Sergio Busquets lacks the pace to track back as fast as necessary, and that was clear yesterday. Jordi Alba, hence, had to make tracking runs through the central areas as well to cover for his teammate. Full of hunger and determination when defending, Alba had a 100% tackle success rate, won three aerials and made three interceptions.

The same can be said of Pedri. Making his full-debut, he was full of hunger and did well defensively. It was in attack, though, where these two shone the brightest. Alba essentially played as a winger at times. This was a result of both his attacking-minded nature and the fact that Georgia were allowing Spain time on the ball in midfield.

As the left-sided central midfielder, Pedri was always hungry for the ball. The youngster positined himself just behind the lines to receive and turn to beat his marker. When the team struggled with getting the ball forward, he would drop back and pick the ball up alongside Busquets. This evened out the numerical situation and also present a chance for Pedri to show his dynamism in carrying the ball forwards.

Pedri and Jordi Alba showed great chemistry throughout the 90 minutes. Alba’s runs behind the defence were regularly picked out by Pedri and the left-back covered for the teenager when he drove forward with the ball.

The former Las Palmas wonderkid showed great maturity in choosing his passing options. He would evaluate not only the pass, but also the player receiving the ball. If there was a chance the player could be caught out when receiving, Pedri chose not to play the ball to him. Though this is obvious, these basics are what differentiate good players from great ones.

For Ronald Koeman, the Spain match must’ve been a joy to watch. The youngster he trusted in almost got an assist and was one of the best players on the pitch. At the same time, Alba got two assists and was a reference for all the players and the pivot who many people declared to be declining put in a major shift in midfield.