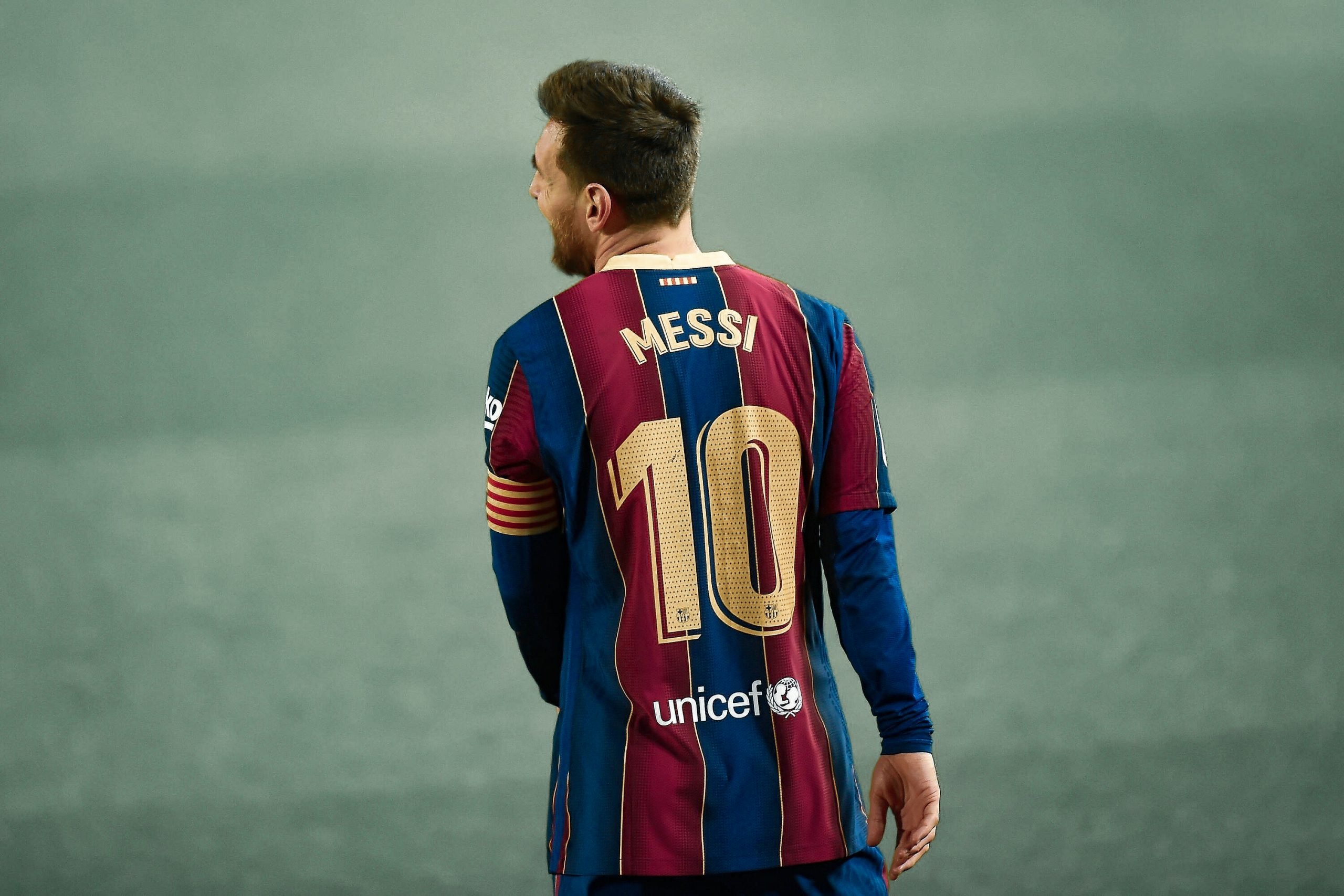 The mere thought of Lionel Messi’s departure is enough to send shivers down the spine of any Barcelona fan. While it would be heartbreaking to see him go, he deserves the freedom to make the decision that is right for him, his future, and his family.

Although there are only two months left in the season, his future — whether that’s staying put, moving to Manchester City, or playing with Neymar Jr. in Paris–is still up in the air. Fortunately for Cúles, however, Barça’s recent performances and hopeful squad building might entice the six-time Ballon d’Or winner to stay.

In any case, his departure is still a possibility and thus worth exploring. If Messi does end up leaving, what should Barcelona do? How should they proceed tactically, financially, and institutionally?

How does a team cope with losing their best player, let alone the greatest player of all time? While we can try to imagine the on-the-field ramifications of Messi leaving Barcelona, sometimes, you don’t realize how important something is until it is gone.

Messi has been the creative hub of Barcelona for so long, both setting teammates up and scoring goals. Over the last few seasons, the team has fallen victim to constantly looking for Messi to generate attacks. Fortunately, this has lessened this campaign due to the emergence of other creative, and more importantly, confident players. Nevertheless, we can go on and on and list the countless moments Messi has lifted the team with clutch moments, startling goals, and line-breaking assists. The question remains, who would step up in his place?

The answer is a tricky one, but simply put, it would have to be a collective effort. The team structure would completely change, focusing on a more egalitarian approach with threats coming from all over the place. In fact, having played this season without a clear number 9, Barcelona’s attack has somewhat resembled this. Goals are spread throughout the squad, and Barcelona is the team with the most goal-scorers (19) this season across Europe’s top five leagues.

Still, despite this impressive statistic, Messi leads the squad with 29 goals, and Antoine Griezmann is second with 14. In fact, Messi almost has nearly as many goals as the next three leading goalscorer’s tallies put together (30).

Over-reliance on Messi has been a problem for a while now, but with a boatload of talented players like Griezmann, Pedri, and Frenkie De Jong, can they keep the ship afloat?

Looking at Man City for Inspiration

If the Blaugrana need inspiration for how to succeed without one talisman, they should look no further than Manchester City. The Citizens attack with variety and unpredictability and without a spearhead. They sit first in the Premier League (by 14 points); they are in the Champions League quarter-finals, and they are in the FA Cup semi-finals and the League Cup Final.

They have five different players with double-digit goals and 19 different goal-scorers across all competitions. Most impressively, their top goalscorer is central midfielder Ilkay Gundogan with 16. For comparison, their centre-forwards Sergio Agüero and Gabriel Jesus, have scored a combined 15 goals.

While this is due in great part because of the ingenuity of Pep Guardiola, they are a living example that success can be achieved without a clear “number one option.” If Barcelona looked to them for inspiration, that could serve them well.

Aside from leaving a hole on the pitch, Messi’s departure would also shake up Barcelona’s finances. Their debt and current financial struggles are widely reported, but some have irresponsibly attributed that to Messi’s contract. After his salary details were leaked earlier this year, many were quick to jump the gun and blame him for it, insinuating that if he were to leave, Barça would be in a much better place financially. The fact of the matter is, this could not be farther from the truth.

A group of financiers and economists crunched some numbers and revealed that while Messi’s contract has cost Barcelona over 380 million euros since 2017, he has generated the club over 600 million euros in return. While they did not have full access to Barcelona’s financial reports, the findings are startling yet also make complete sense. After all, who wouldn’t want to sponsor the team that harbours the best player in the world?

Though Barcelona were profitable before Messi and will be after his reign comes to an end, the two have become synonymous with each other over the last decade. Realistically, the Catalans can be expected to lose a lot of revenue from sponsorships, jersey sales, television deals, and other avenues if the Argentine departed.

Despite the monetary value attached to his name, however, Messi remains invaluable.

With a gaping home to fill on the pitch and a shaky financial situation, how can Barcelona remain (and elevate to) being competitive in all competitions?

For one, the summer transfer window would be even more consequential. Although money is tight, the Blaugrana can still make moves to bolster their squad through economical and high-value signings, particularly through targeting free agents. While there would be some freed up cash due to Messi leaving, revenue would drop down-the-line and there is still no assortment of players that can fill his shoes.

Regardless, there are certain areas of the squad that must be backed with reinforcements and money should not be spent carelessly. From a financial perspective, fortunately many of Barça’s targets are free agents this summer. These include Bayern Munich’s David Alaba, Manchester City’s Sergio Agüero, who recently rocked the world by revealing he will not return to City next season, Liverpool’s Georginio Wijnaldum, and Lyon’s Memphis Depay. Each of these targets has their own set of pros and cons but signing them would help Barça maintain a balanced and competitive squad.

When speaking of bolstering the squad, one name always comes up: Erling Haaland. The Norwegian striker is a dream signing for most cúles but is financially unrealistic at this point in time. If they did manage to break the bank for him, however, he would be a talisman to spearhead attacks.

Other than spending money on new players, proper investments should also be made across all sectors of the club, not only to improve men’s football. But in terms of men’s football, Barça should invest in La Masía, the sporting department and improve their scouting, for example.

Institutionally, the return of Joan Laporta is a sight for sore eyes and the expected appointment of Mateu Alemany as director of football should help the team moving forward. When there is uncertainty on the pitch, maintaining institutional stability is key.

A return to La Masía

If Messi was to leave this summer, Barcelona would surely be in desperate need of proper reinforcements. Other than in the transfer market, they have plenty of homegrown talent to keep an eye on.

After a few rough seasons in terms of output, the fabled youth academy of La Masía is back to producing gems. Over the last two seasons, Ansu Fati, Ilaix Moriba, Riqui Puig, and Oscar Mingueza have emerged as valuable first-team members. Looking to the future, there are countless prospects like Alex Collado, Konrad de la Fuente, Nico Gonzalez, Alejandro Baldé, and Jandro Orellano who deserve first-team debuts.

A return — but not over-reliance — to La Masía would represent a new age in Barcelona’s future.

In conclusion, Messi’s next move is as elusive as his dribbling. If he were to leave, Barcelona would be in a challenging situation, but there is a blueprint for success. The key to remaining competitive would be bringing in the right pieces and continuing to develop the squad’s plethora of young talent. For now, the best thing is that the club is simultaneously building for the future while still competing right now.

Messi’s story with Barcelona is unlike any we’ve seen before, and hopefully, it’s not over yet.