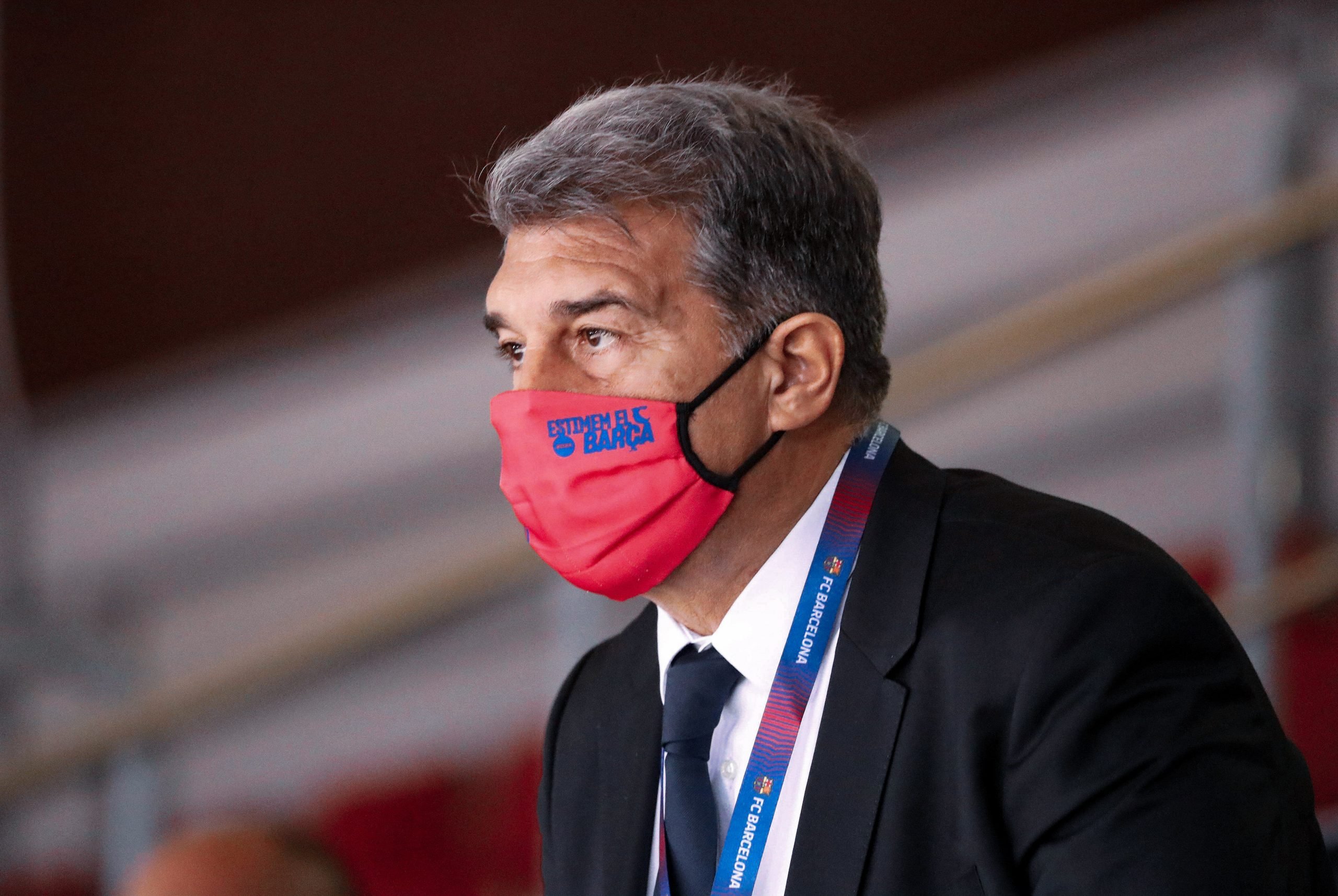 On 7th October last year, Barcelona faced Sevilla at the Camp Nou in what was a 4-0 victory for the Catalans. A match that would be in the headlines for days to come, Barcelona scored thrice in ten minutes, after which Lionel Messi added to the scoreline with a freekick dripping with finesse to rub salt in the wound. Despite this, the match would not be in the headlines for the right reasons. A sweet victory, but one with a bitter aftertaste; the result of a red card each to Ousmane Dembele and Ronald Araujo in the last five minutes of the match.

A few days later, amidst a generally unoptimistic feeling surrounding the club, news broke out regarding Barcelona’s latest financial misadventure. A huge debt that could take years to repay was followed by an incredible amount of money borrowed from Goldman Sachs. One couldn’t help but empathize with the potential plight of the next Barcelona president. Manoeuvring these dangerous waters was seemingly an unforgiving yet essential duty.

Since then, Joan Laporta has been elected as president and has already started planning and executing with a view to have a successful stint at the helm of the club. It’s no surprise to see that his three main priorities are reportedly all surrounding this herculean task. The victory has already been seen. However, this challenge is one that could leave a bitter aftertaste as well at the end of the four years, if not handled delicately.

Let’s take a look at each aspect, why it is necessary and how to go about executing it.

Barcelona reportedly have the highest wage bill in Europe with an average salary of €10.36 million.

According to various sources, player wages take up around 61% of the club’s €1104m income before the coronavirus pandemic took hold. But since income has dropped to €876m, salaries have become over 80% of total income if changes are not made.

For a club facing financial issues, this is the immediate way to reduce the expenses. To actually understand the incredible amount of capital invested in players, let’s take a look at Junior Firpo. Six matches played in La Liga, averaging 40 minutes per game, the Spanish left-back was signed from Real Betis in 2019. His salary of around €5m per year amounts to €1,000 earned per hour. For a player with little to no impact on the first-team, this is astronomical.

Alongside him, Miralem Pjanic with €8.4m, Samuel Umtiti with €12m, Philippe Coutinho with €8.5m, Neto Murara with €3.7 are all players who earn a lot of money with first-team involvement that doesn’t justify the wages.

Not only this, but players staying at the club have to be willinig to take wage cuts as well. Only then will Barcelona be able to handle the bill effectively.

The aforementioned players, Pjanic, Umtiti, Coutinho, Neto, and Firpo, are all among those who can and should be sold this summer. At this point, the expense-performance ratio is simply inexcusable.

Right-back Moussa Wague is currently on loan at Greek club PAOK. Still just 22 years of age, he is unlike Fernandes in that he shows potential to play for a top European side. However, with Sergino Dest and Seri Roberto contesting for the spot, and even Oscar Mingueza to an extent, he would get little to no opportunities at Barcelona for the next few years. Now is the time to sell him, and hope to secure a fair transfer fee for the Senegalese.

Carles Alena is a different case. The Spanish midfielder, a La Masia product, has impressed under the right conditions. His Dynamo Kyiv performance, among others, showed just how useful of a player he is. Unfortunately, it’s unlikely that he could reach the heights that Pedri Gonzalez, Riqui Puig, or even Alex Collado can reach.

However, he has time and time again shown the quality to perform at a club like Barcelona. With plenty of clubs across Europe interested in him before his contract renewal, the best solution would be to give him opportunities in the first-team, and if he does not perform, sell him in a season or two. Still young, he would demand a significant sum from the buying club.

La Masia is one of Barcelona’s core features. The youth academy was built in 1702. Initially, a farmhouse made to house the club’s youth players has since then developed into one of the world’s best youth academies. For Joan Laporta, La Masia is naturally of immense value. Not only because of its significance but because of the quality it produces.

The President must show a level of confidence in the coach that conveys the fact that playing youth players is the priority, even if it comes at a price. The balance between playing young, inexperienced players and winning the necessary accolades is essential. These players are all raised with the Barcelona philosophy imbibed in them. That’s why players like Oscar Mingueza or Ansu Fati surprise everyone. Even those who followed them in the youth squads were taken aback by how well they adapted to the first team.

Suppose they don’t perform well or don’t show the potential necessary to succeed at a club like Barcelona, selling them remains a choice for the board. These sales would also be with definite profits as the wage is initially not as much as the players brought in from other clubs, and there are naturally no transfer costs involved.

Barcelona have many youngsters who warrant first-team chances. Jandro Orellana, Alex Collado, Nico Gonzalez, Inaki Pena, Arnau Tenas are among those who could soon be first-team players. Left-back Alejandro Balde, midfielder Pablo ‘Gavi’ Paez, winger Ilias Ahkomach are all players who, despite being very young, could play significant roles for Barcelona B. In fact, these players might even make it to the first team within the next year.

Joan Laporta’s victory has been a victory for the club as well. A president who loves the club and knows what the players and fans want. A massive victory, yet one with challenges. Laporta is someone who can handle these challenges. If these three are indeed his priorities, he’s taken a step in the right direction. A reason for Cules to be highly optimistic about the future.