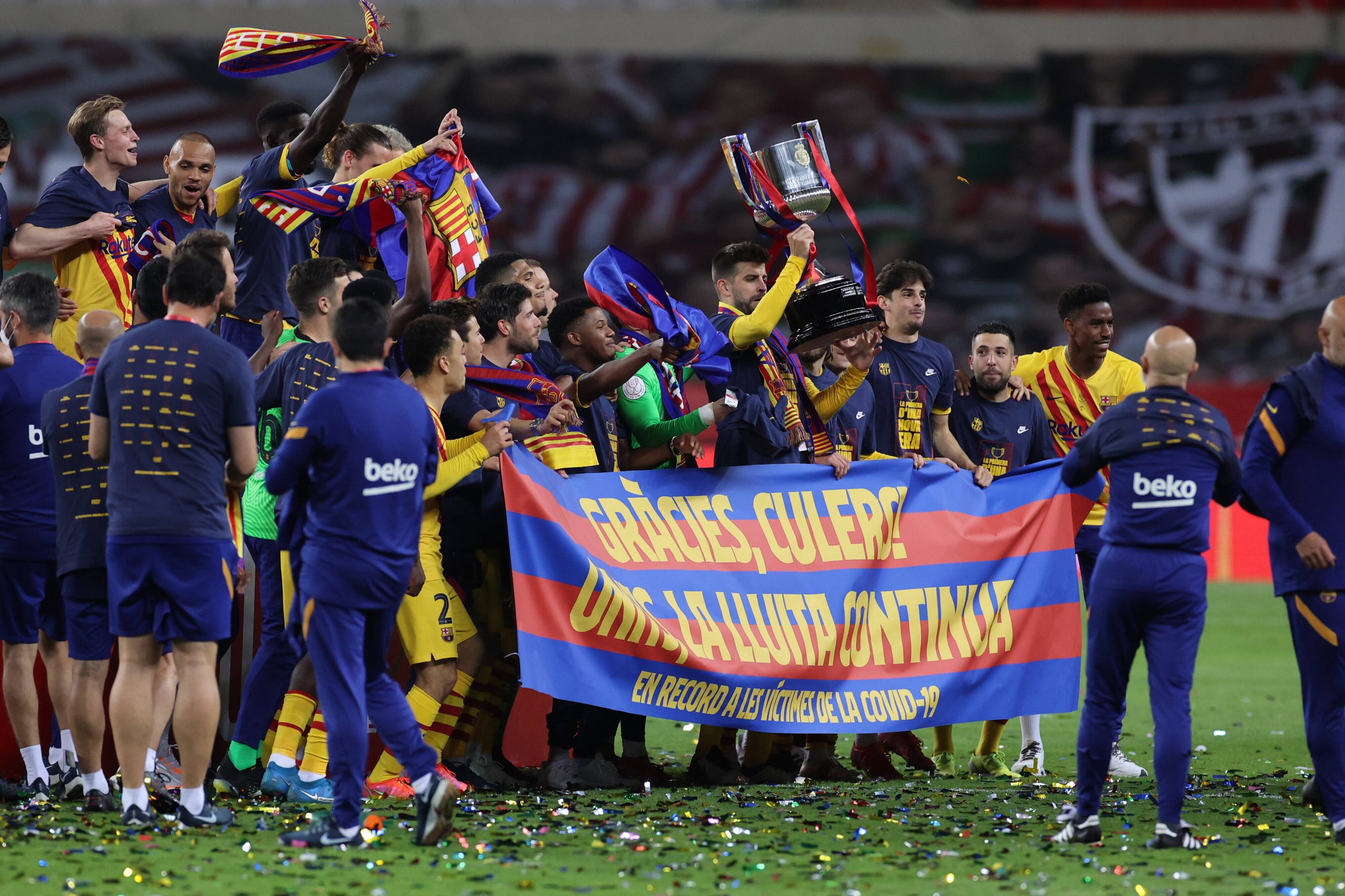 Following Barcelona’s sumptuous victory over Athletic Bilbao in the Copa del Rey final, the Catalans will now resume their battle for La Liga glory. With their first bit of silverware in over 700 days secured, morales are now much higher, and the earlier setbacks are but a dot in the mirror.

A bitter loss to Real Madrid in El Clasico left Barcelona vulnerable in their pursuit of the league title. However, the Blaugrana managed to bounce back with an emphatic cup victory and are now still on track for the domestic double.

With the Catalans yet to face leaders Atletico Madrid in May, and with Real Madrid’s goalless stalemate away to Getafe, Barcelona can once again assume control of their fortunes in La Liga. Today’s presses highlight the same, encouraging the team to not let up in their fight for the league title.

Today’s edition of SPORT highlights that Barcelona now has the necessary boost to fight for the league in the remaining eight games of the season after their cup glory. They highlight that Madrid’s draw against Getafe once again puts the Blaugrana in the driver’s seat. There is also a headline at the top, pointing towards the massive buzz being created by the apparent formation of the European Super League.

Mundo Deportivo also highlight that Barcelona’s quest for domestic glory has found new vigour after the Copa del Rey. The celebrations of the team and the technical staff were in full flow on the way back from a massively successful night in Seville.

Another key talking point is of course, the impact of these successes and changes on Lionel Messi’s decision of whether or not to continue at Barcelona. The Argentine’s future has been in the air for quite some time now, but the outlet highlight that after a meal with president Joan Laporta, Messi does not rule out a renewal. Lots of positive news amid a lot of controversy as well.