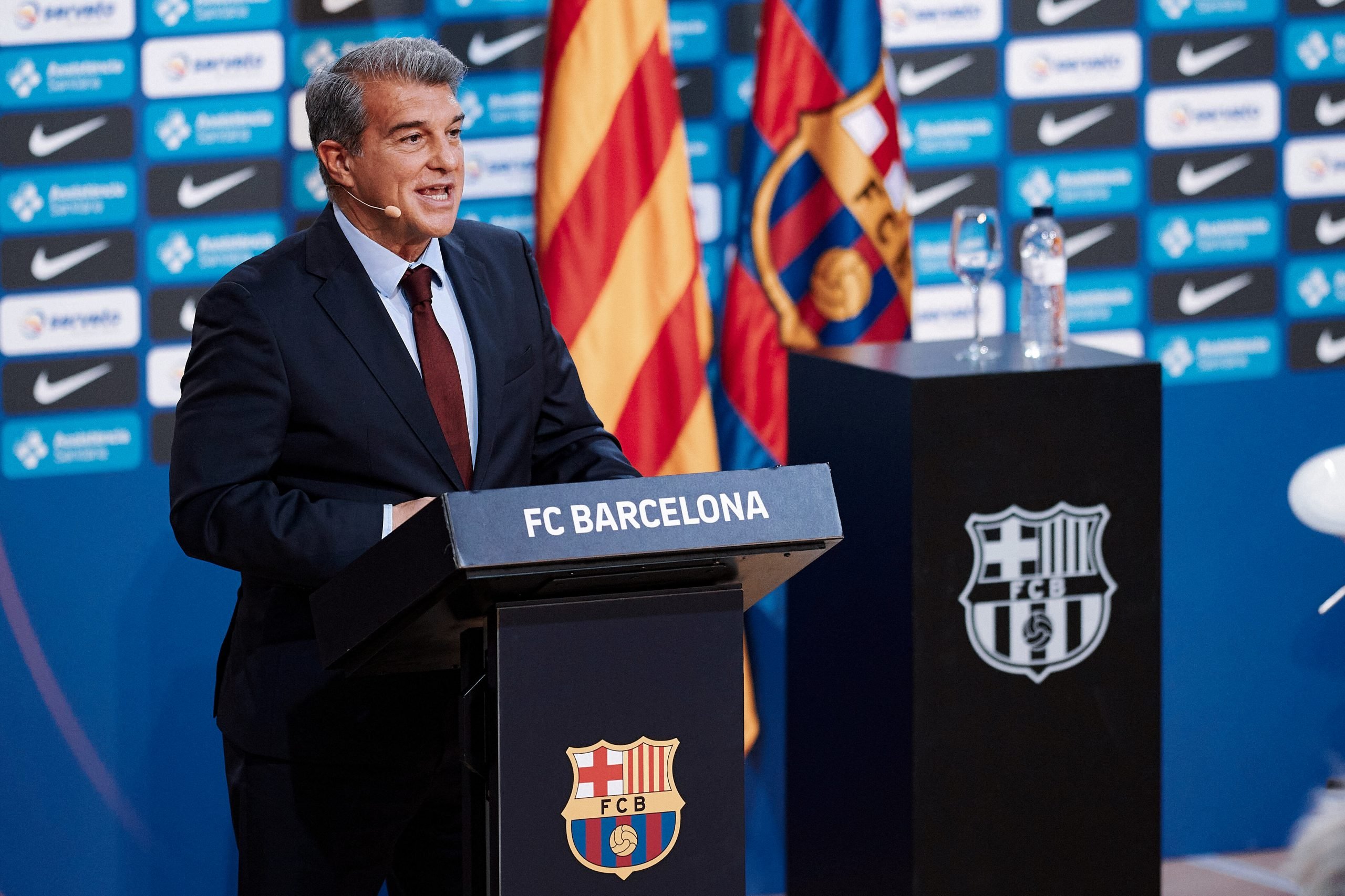 Under new leadership spearheaded by Joan Laporta, Barcelona are preparing for a consequential summer transfer window. Despite promising results, there are still some holes the team needs to fill if they want to return to being world-beaters.

The Catalans have a long list of transfer targets, many of whom are free agents. That will help them navigate the market without exacerbating their dire financial situation, but higher salaries and sign-on bonuses would likely follow. Also, certain targets would also require “breaking the bank”.

Naturally, with each signing comes its own set of pros and cons, and despite well-informed decisions, you never know how a signing will turn out until they step on the pitch.

Join us as Barça Universal explores and rates Barcelona’s summer transfer targets. The following ratings are out of ten and take various factors into account: what position they play, whether they fit a need, what they would bring to the squad, and of course, finances.

It would not be hyperbole to say that Haaland is every Culé’s dream signing. More than that, he’s the dream signing of almost every major club in Europe.

At only 20-years old, Haaland is already one of the best strikers in the world and has tallied 33 goals this season. He is a nightmare to defend with his pace and strength, he always gets himself in the right positions, and his finishing is world-class. His link-up play is also constantly improving, and his first touch is elite. The Norwegian international is the textbook definition of a complete striker. Whether with his left foot, right foot, or head, you can be rest assured that he is going to score. Astonishingly, for Borussia Dortmund, he has a 62% shot-on-target to goal ratio.

He would fit in perfectly with a Barcelona side that are desperate for a clinical number 9. Just imagine him feasting off of passes from Lionel Messi.

Admittedly, his transfer fee would be astronomical for Barcelona and their current financial state, but he would surely be worth it. The question is, should the “break the bank” for him, or spend that money on other positions? If not, Barça would have to look for alternatives quickly.

Two-time Treble winner David Alaba is a source of contentious debate among Barça fans. For some, he represents an ideal transfer target who can fill in at crucial positions – left-back, centre-back, and defensive mid. For others, his reported lofty wage demands and age (he will be 29 in June) are things the club should avoid.

Despite these criticisms, he is undoubtedly one of the most talented free agents this offseason and would bring a lot of quality to Barcelona. Between his tactical intelligence, positioning, passing, and ball control, he would fit right in. If Koeman continues using three centre-backs, Alaba would be perfect on the left or in the centre as a “libero.” He could also play in the number 6 role for Sergio Busquets or as a left-back in a traditional 4-3-3.

When it comes to Alaba, there are no shortage of ways to line up. His potential on-the-pitch fit can not be disputed, but his salary demands are reasons for concern. Then again, a player of his quality is not often a free agent.

Agüero to the Camp Nou is something many would have liked to see years ago, but would his arrival be too little too late? Manchester City’s all-time leading goalscorer is yet another free agent Barcelona have targeted. The club would save money due to no transfer fee, but his salary demands and potential sign-on bonus could negate that. Agüero also has an injury history that warrants concern – he only has 14 appearances this season – and he would be 33 years old by the time next season starts.

Nevertheless, he is still a quality centre forward and fits the profile of a player Barça need, someone who operates in and around the box and is composed in front of the goal. His positioning would help Messi and the squad’s other creative players thrive.

A change of scenery could bring the best out in the Argentine, but there are some hesitations that come with this move.

Barça’s other option at centre forward is Memphis Depay. The Dutchman is Koeman’s dream signing and has been for a while. Capable of playing at left-wing, left forward, centre forward, or as a number 10, he is extremely versatile and excels in all these positions.

He is lighting it up this season with 15 goals and nine assists, and if the case of Frenkie De Jong shows anything, it’s that Koeman can be trusted to bring the best out of the players he coached with the National team.

The argument against Depay comes in terms of his attributes and play style. He is not an all-out number 9 and tends to operate in more creative positions – something Barça have more than enough of already. Positively, he is a free agent which is appealing financially, and he is only 27 and thus entering the prime of his career.

Despite questions about his fit, the move could have a lot of upside for both parties.

Barcelona’s first summer signing has all but been officially confirmed: Eric Garcia from Manchester City. García left La Masia at 16 and has played with the Citizens ever since.

He is well regarded by Pep Guardiola, and he is an extremely mature and intelligent player despite being only 20-years old. He is also a Spanish international and particularly excelled in Spain’s most recent outing against Greece. García would fit in seamlessly with Barça’s young core, and he would make an ideal centre-back partner to Ronald Araújo, or even fitting in a back-three.

His quality and potential, along with the finances required to sign him, make him an astute and valuable signing for the Blaugrana. If the right pieces fall into place, García could be a staple in the heart of the defence for a long time to come.

Wijnaldum is another name who has been increasingly linked with Barcelona over the last few weeks. Furthermore, he is another impending free agent, and reports indicate that he is on Koeman’s wishlist, despite his sub-standard form over the season.

He seems to represent Koeman’s ideal midfielder, someone who has excels in terms of physicality, ball retention, and work rate. He is also extremely versatile, capable of playing (literally) anywhere on the pitch – minus goalkeeper, of course. He would likely lineup as a backup for Busquets, allowing de Jong to play further up the pitch, or alongside de Jong in a double pivot.

On the contrary, his arrival would take away valuable minutes from Ilaix Moriba, who is already proving himself to be worthy of more playing time in the midfield. In all, if there’s one place the Catalans don’t need any more players, it’s midfield. To play in the three midfield positions, they already have Pedri, Busquets, de Jong, Riqui Puig, Moriba, Miralem Pjanic, Philippe Coutinho, and Sergi Roberto.

Wijnaldum will also be 31-years old in November, thus signing him to a multi-year deal does not make a lot of sense.

Rounding out this list is Bryan Gil, who has quietly emerged as a Blaugrana transfer target over the last few weeks. The 20-year old is enjoying a successful loan spell at Eibar and has three goals and three assists this season. Playing on either wing or behind the striker, he is extremely crafty with the ball. He terrorizes defenders with his pace and creativity.

President Laporta is reportedly a huge fan of his, but he is not a priority at this moment. Despite his potential, the Catalans have more than enough wide players, and he may have trouble breaking into the team.

To conclude, Barcelona have plenty of transfer targets who would undoubtedly serve the team well. They have isolated players who seem to fit their plans and play style, and now the question is whether they can sign them. Although the club is in a financial hole, many of these players are free agents and with that comes to some saved money, even though higher bonuses and salaries may follow. Bryan Gil and Haaland are the only targets who aren’t free agents, but the latter is the one signing who would justify almost about any price tag.

Navigating the transfer market is something Barcelona have done carelessly over the last few years, and hopefully, Laporta can get the team back on the right track.