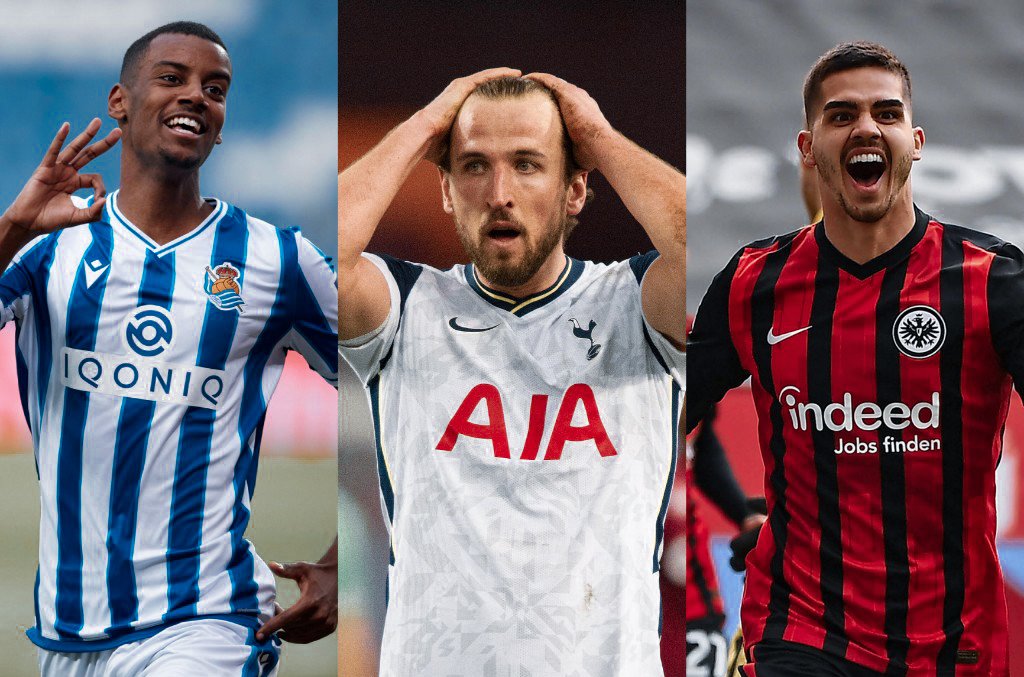 Erling Braut Haaland is a name on the lips of everybody in the football world at present. The 20-year-old has stormed onto the scene due to his impressive performances in the Champions League, incredible goalscoring numbers and a goofy yet marketable personality.

Europe’s elite have been keeping a keen eye on the Norwegian leading up to this summer’s transfer window, and one big admirer is Barcelona president Joan Laporta.

The newly elected Laporta has made Haaland one of his main priorities for the upcoming window with the team in desperate need of a striker. It has been reported that the Spaniard has already made contact with the player’s agent Mino Raiola. His addition to the Barcelona XI will make it a star-studded team, giving them plenty of options to lineup.

Before fans start getting their hopes up, it should be noted that there are many factors in play with regards to striking a deal for Haaland. The Norwegian has a contract at Borussia Dortmund until June 2024, and therefore, the transfer fee for his services could be astronomical this summer, which will most likely exclude Barça from the race as a result of the Catalan sides current financial situation.

Haaland could prefer another destination, for example, Manchester City. The 20-year olds father Alfie Haaland represented the Manchester club in his playing days, and the opportunity to work with Pep Guardiola in a team further down the road to Barca might look very appealable for the young striker.

Finally, there is also a strong possibility that Haaland will stay, especially if Dortmund qualify for next season’s Champions League. This would be an ideal scenario for Laporta, as it would gain the Spaniard an extra year to gather funds in preparation for the €75 million release clause that comes into play in the Norwegian’s contract next summer.

It is possible that one of these factors could interrupt Laporta’s plans this summer and if that is the case, here are three alternative signings Barcelona could make as an alternative to Erling Haaland.

Following Tottenham’s embarrassing elimination from the Europa League at the hands of Dinamo Zagreb, the future of Harry Kane has since been put in doubt.

SER Deportivos have reported that Real Madrid have made the Englishman their primary target for the upcoming window, and there is no reason why Barcelona should not enter the race for the Tottenham striker.

It is no secret Kane is a world-class number nine who possesses a very high football IQ and many attributes that would suit the Barcelona style. He has the ruthlessness Ronald Koeman’s team needs in front of goal, an incredible range of passing and the ability to drop back and play in between the lines to link-up play.

Since making his debut for Spurs on the opening day of the 12/13 season, Kane has gone on to score 160 goals and assist 33 in 237 appearances. This season the Englishman is being relied on more than ever and is having a very productive season in a team managed by a notoriously defensive manager in Jose Mourinho.

In all competitions, Kane has scored 27 goals and assisted 16 in 43 games, averaging a goal every 117 minutes. In comparison to Kane, Erling Haaland has scored 33 goals and assisted 8 in 31 matches, averaging a goal every 80 minutes. Although Haaland is enjoying a better season statistically, Kane offers more in terms of experience and leadership. The Englishman has played on the grandest of stages, and his professionalism would be welcomed in a dressing room that seems to be getting younger by the day.

Like many potential deals this summer, a possible stumbling block in the hunt for Kane would be the fees involved. A transfer fee for the Spurs striker would be somewhere north of the €100 million mark, and the Englishman is currently earning a reported €230,000 a week in London.

If Harry Kane is to don the famous Garnet and Blue next season, a compromise will have to be made on both these figures.

Andre Silva has become one of the surprise packages in the football world this season. The Portuguese striker has carried over his phenomenal form from the backend of last season with Eintracht Frankfurt and is at the forefront of Die Adler’s charge towards Champions League football next season.

The Frankfurt striker is exactly what Barcelona are looking for from an out and out number nine, with the 25-year-old possessing an abundance of attributes to play at the top level.

The Portuguese international is a poacher with fantastic finishing abilities and attacking movement. Silva averages 3.7 shots per game and has an impressive 26.58% conversion rate, which is well above the Bundesliga average. At 6′, the striker also offers something different in the form of his impressive heading ability, with the ability to control his headers standing out.

Aside from the finishing skills, the Portuguese man also likes to link up with teammates and is a terrific short passer of the ball — an attribute Lionel Messi will welcome when playing one-twos off him.

As for deficiencies, Silva lacks the pace to run in behind, scoring just one goal of the sort in the Bundesliga this season. The Portuguese international is also not the best at tracking back, and with Messi tending to stay up top, having two may not be viable depending on the formation Ronald Koeman sets up in.

Compared to Erling Haaland this season, the two players numbers are the same in the Bundesliga, with both scoring 21 goals and assisting 5 goals. Haaland has a better minute per goal rate with scoring every 85 minutes over Silva’s 98. However, the Portuguese man tops Haaland in big chances created, shots on target and expected goals, which is very encouraging for his suitors.

Overall, Andre Silva could be a fantastic signing for Barcelona and provides the Catalan side with the perfect balance of youth and experience at 25 years old.

The striker has also previously played in La Liga before during a loan move with Sevilla during the 18/19 season, and notable scored a hat-trick on his debut and grabbed two goals in a 3-0 win over Barça’s bitter rivals Real Madrid.

With a transfer value varying around €35 million, this could be a very could deal for Joan Laporta to make whilst the Spaniard waits for Haaland.

Alexander Isak is a player Barcelona fans should be aware of having played against the Catalan side multiple times this season, with the latest coming as recently as last Sunday.

The 21-year-old Real Sociedad striker is enjoying an impressive season with the Basque side and has been linked with many top European sides in the last few months including Barcelona. The hype with the Swedish international lies with a combination of both his age and ability, having cemented his place as Sociedad’s number one striker this season.

Isak is a big 6’3″ inches striker with an incredible burst of speed and balance for a man of his stature. The Swedish international uses both these attributes to get in behind backlines and to make quick runs to either post in the box.

In addition to this, he also has the ability and size to hold the ball up and has presented his poaching skills to the world on occasions. With a manager like Ronald Koeman, who has experimented this season with multiple formations possessing all these diverse attributes, would be very welcomed by the Dutchman.

Some stats of concern for Cúles are related to Isak’s finishing ability. The Swedish striker has a shot conversion rate of 21.05%, which is below Erling Haaland’s 31.34%, with the Swede’s inside the box conversion rate standing at 44% compared to the Norwegian’s 58.8%. Although this does not make for great reading, these percentages are not the be-all, end-all for the Real Sociedad striker, as he is just 21 and is far from the finished article.

Numbers-wise, Isak is nowhere near 20-year-old Haaland. The Swede has 12 goals and two assists in 39 games, scoring a goal every 187 minutes. As mentioned before, Haaland has scored an impressive 33 goals and assisted eight in 31 matches, averaging a goal every 80 minutes.

The signing of Isak could work out well for Barcelona if Haaland decides to stay in Germany for another year. He possesses many skills to play for a club as big as Barcelona, and his age allows the 21-year-old time to develop around the higher quality players in Koeman’s squad. If Haaland joins the following summer, it would provide Barça with incredible depth in the number nine position, and it might even be possible that they both play as a duo.

The Real Sociedad striker has a €70 million release clause in his contract, and it would be up to Joan Laporta and his team to look at all the data and decide whether Isak is worth it or not. If the new president decides it is, the Blaugranas could potentially have a gem on their hands as the Swede’s development is looking very promising.