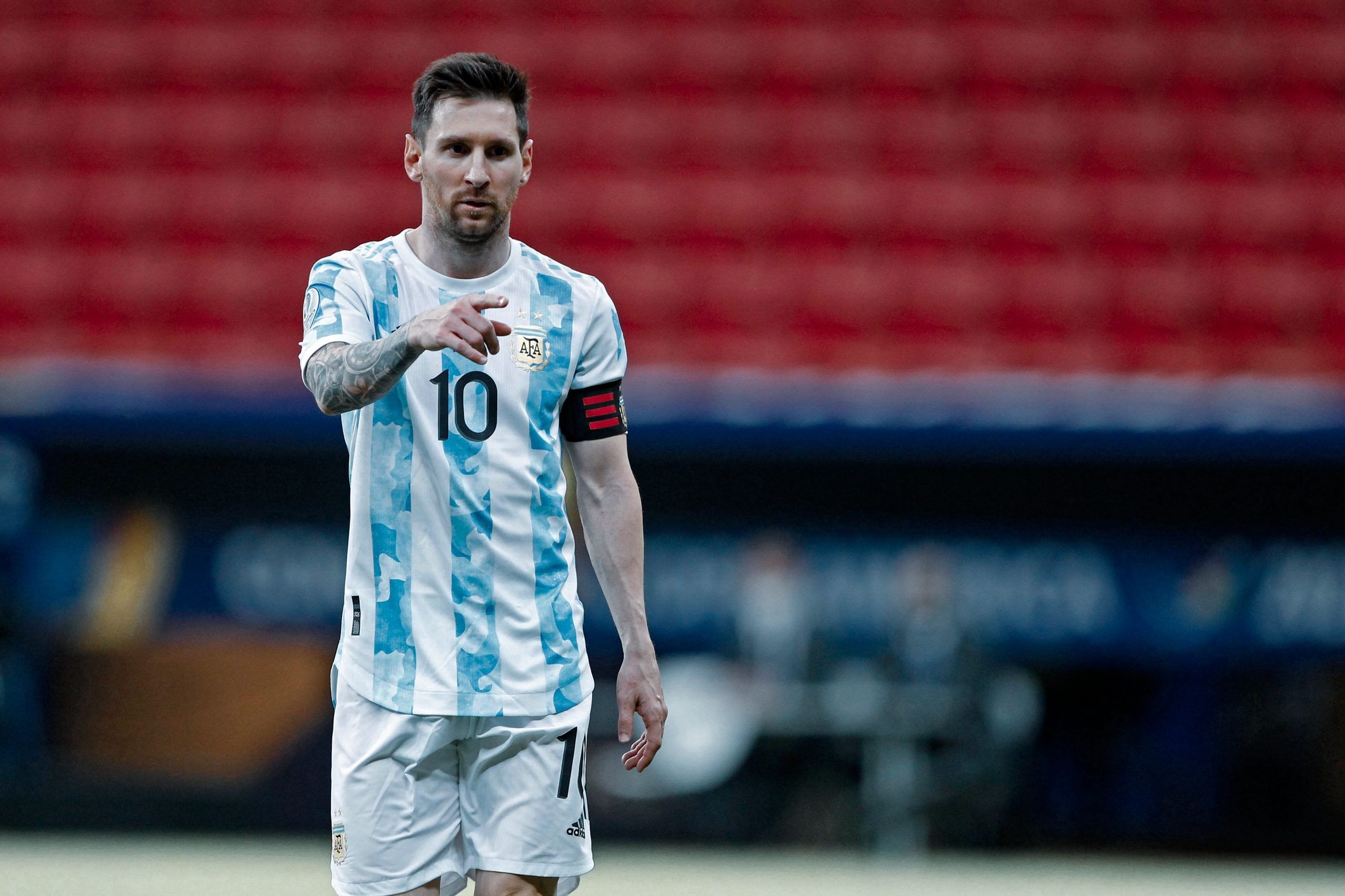 Watching live is something the younger generations never got to participate in when it comes to witnessing Maradona’s magic on a football pitch. This has resulted in the indulgence of mass content across various media formats to gain some sense of the magic surrounding El Pibe de Oro.

Maradona’s career is legendary amongst the football community and is held up as a god by the people of Argentina, a status which stems from El Barrilete Cosmico’s single-handed brilliance that guided Argentina to a second World Cup in 1986.

Nowadays, the younger generations have their own football god to worship and as Opus’s song states, “Live is life”, which makes witnessing the career of Lionel Messi somewhat of an honour. Yet still, despite an already legendary career, we wait for the world’s greatest ever player to emulate the man he took that title from and win that elusive first title for La Albiceleste.

Life with the Argentina national team has been nothing short of heart-breaking for Lionel Messi, having come within touching distance of glory on several occasions. The greatness of Maradona consistently hangs over his head, which is a huge burden to bear, even for someone as great as Messi.

This summer, Messi gets another shot at glory as Argentina attempt to win the Copa America title for a record-equalling 15th time. Instead of having Maradona’s success hanging over him, the now 34-year old will hope ‘El D10s’ will be watching over him and going off Messi’s performances so far that certainly could be the case.

Success for Messi and Argentina will be widely celebrated across the South American country this summer, but that joy will not be exclusively theirs. 11,000km away in Barcelona, the success of Barcelona’s greatest ever player will bring joy to the people of Catalunya, not only for their captain’s success but for the potential success that could carry into the 2021/2022 season.

The ins and outs of Copa America 2016

“For me, the national team is over… I’ve done all I can. It hurts not to be a champion.”

It was a moment that shocked the football world the day Lionel Messi announced his retirement from international football back in 2016, before changing his decision later on. A decision made in the aftermath of a painful defeat, after a tournament that witnessed a sensational individual campaign from the greatest of all time.

It must have felt like the football gods were teasing him. Blessed with divine abilities, called on those to create a sensational campaign scoring five goals and four assists and his reward, déjà vu – losing to Chile in the final on penalties just like the year before.

The tears from Messi’s eyes provided enough evidence of how much this one hurt, even before the sensational announcement to the BBC. The Barcelona legend was hurting for his country but coinciding with that, Messi gave everything throughout the tournament, and it still was not enough.

To analyse Messi’s misfortunes further with Argentina, his campaign can be compared to his long-term rival Cristiano Ronaldo’s successful EURO 2016 campaign.

Messi’s 5 goals and 4 assists trumped Ronaldo’s 3 goals and 3 assists, with the Argentine having 3 goal contributions more. Messi took 16 shots throughout the Copa America with 9 on target, totalling an accuracy rate of 56%. Ronaldo took a whopping 46 shots but only 12 were on target, culminating in an accuracy rate of 25% and ultimately less effective than Messi.

As there are more games in the EUROS, Ronaldo played 625 minutes, averaging a goal every 208 minutes. Messi clocked up 374 minutes across the water, scoring a goal every 75 minutes for his country. It should be noted that this stat is slightly unfair considering Ronaldo had to play more games, but the goal per minute difference is still something to take note of.

To conclude, Messi was more effective than Ronaldo in all areas regarding the final third of the pitch. More goal contributions, better shooting accuracy and an overall greater impact per minute on the pitch.

However, Ronaldo triumphed in the most important stat of the lot, he was a champion, whilst his rival returned to Barcelona empty-handed.

The campaign’s effect on Messi’s 16/17 season

As previously stated, this was Messi’s best tournament. Although Argentina did not lift the trophy, it is the next best thing to analyse how Messi performed the following season for his beloved club.

For Barcelona as a whole, the 16/17 season was not a success by their standards, having only secured the Copa del Rey. There were many factors to this disappointment, but Lionel Messi was certainly not one of them, as he surpassed his numbers from the previous season. Much like his latest season in 2020-21, he enjoyed more individual glory than collective success.

Messi returned from the disappointment of the Copa America and put up numbers of 54 goals and 20 assists in just 52 games, averaging a goal at a sensational rate of 82 minutes. The year before, the six-time Ballon d’Or winner produced nine-goal contributions less with 41 goals and 24 assists in all competitions, culminating in a goal average of one every 103 minutes.

Focussing specifically on Messi’s 16/17 La Liga season numbers, the Barca legend produced a total of 179 shots with 82 on target, resulting in an average of 5.7 shots per game with 45.8% of the total shots being on target. In addition to this, the Argentine had a successful pass rate of 80.2 in La Liga and was the man of the match in 50% of the games he played with 16.

Despite the heartbreak of falling short in the summer of 2016 with Argentina, Messi returned to Catalunya showing no signs of his disappointment. The little man used that disappointment to fuel his season and showed it from the get-go scoring two hat-tricks in his first two appearances of the Champions League campaign.

Overall, the Argentine put up ridiculous numbers once again throughout the 16/17 season and one wonders, if this was the reaction to failure with Argentina, imagine what success would do to fuel the Azulgranas’ all-time top goal scorer.

Lionel Messi owes football nothing, but football owes Messi a World Cup is a phrase that has been regurgitated many times since the Argentine rose to the pinnacle of the game. 2014 felt like the year where that dream should have come through, but like many times throughout the six-time Ballon d’Or winners’ career, the football gods left him short-changed in another cruel way.

It is the one trophy the Argentine people crave, the trophy Messi craves. It was another exceptional individual campaign that won the Argentine player of the tournament but sent him home without the prize that truly mattered to them. Messi from the get-go looked like a man possessed with the group stages witnessing the difference between a man and a god – to the point where Nigerian goalkeeper Vincent Enyeama checked Messi’s pulse to see if he was indeed human.

If the group stage was fun for fans of La Albiceleste, the knockout stage must have been a nerve-wracking ordeal, but once again Messi stood out. The Barcelona legend assisted Angel Di Maria to score a 118th-minute winner in extra time against Switzerland, Argentina hung on to a 1-0 win against Belgium, penalties decided the semi-final against the Netherlands before falling short in extra time in the final to Germany.

Looking at the numbers, Messi finished the campaign with four goals and one assist in seven matches. The little Argentine had 3.3 shots, 3.4 key passes, 6.6 successful dribbles, and was fouled 2.6 times per game. Messi also created the most clear-cut chances in the tournament with 23, made the most key passes with 24 and completed the most dribbles by anyone at a World Cup 46 since Maradona’s 53 dribbles in the 1986 edition of the tournament.

Seven games, four-man of the match awards, and it went unrewarded. Combine this with the numbers from the 2016 Copa America campaign, and you begin to understand why Messi was so devasted in America after the 2016 final.

Ahead of the 14/15 season, Lionel Messi was once again coming off the back of a fantastic individual tournament but failed his main objective. As previously stated, since there is no title success to measure, this is another campaign where individual success was something Barcelona’s greatest player could be proud of.  The 14/15 season was a special one for the Blaugrana, as the Catalan side completed a treble for the second time in their history with the infamous MSN leading the lines.

As part of that trio, Messi left the disappointment of Brazil behind him in one suitcase and carried over the form in another. The Argentine started the season in fantastic form, bagging 8 goals and 2 assists in the Champions League group stages and 15 goals and 8 assists in La Liga all before Christmas day.

Messi not only finished the season with three trophies but with an abundance of goal contributions as well. The Argentine racked up a ridiculous 58 goals and 31 assists in 57 games in all competitions, averaging a goal every 87 minutes.

Looking closer at the La Liga numbers, Messi averaged 4.9 shots, 2.5 key passes, 4.6 dribbles and was fouled 2.4 times per game. The number ten also had an 82.9% pass success rate and was the man of the match in 25 out of the 37 La Liga games he played in, a rate of 67.5% to emphasize the little man’s stellar season.

What happened in Brazil was heart-breaking for the game’s greatest player, but it takes something special to put that devastation aside and follow it up with the 14/15 season. Three trophies, a collection of incredible goals and iconic moments that will live on forever – with the Champions League semi-final against Bayern Munich and the Copa del Rey final against Athletic Club being the pick of the bunch.

But that’s Lionel Messi, who has spent his entire career being kicked down and getting straight back up to conjure some magic. As stated earlier, it is quite scary to think about what he does the season after a successful tournament, so let’s hope this season is the one where we all find out.

To add some final thoughts, success for Lionel Messi with Argentina this season could have a massive effect on Barcelona’s season because evidently, last season showed that once again that the Catalan side heavily relies on La Pulga’s magic. The Argentine produced ridiculous numbers after his two most successful international campaigns but the failure of grabbing the main prize no doubt overshadowed that in his mind.

Copa America success means Messi returns to Catalunya happy, and a happy Messi is a dangerous Messi. This will already add to the personal feel-good atmosphere that already surrounds the club with a new contract nearly signed, Joan Laporta returning, and one of his best friends, Sergio Aguero, joining the club. It looks like the diminutive forward’s romance with Barcelona is set to continue.

Barcelona fans will hope Messi can reproduce the numbers and moments outlined above, and if the world’s best player can, there is no doubt that Barcelona won’t be far away from the major titles next season.