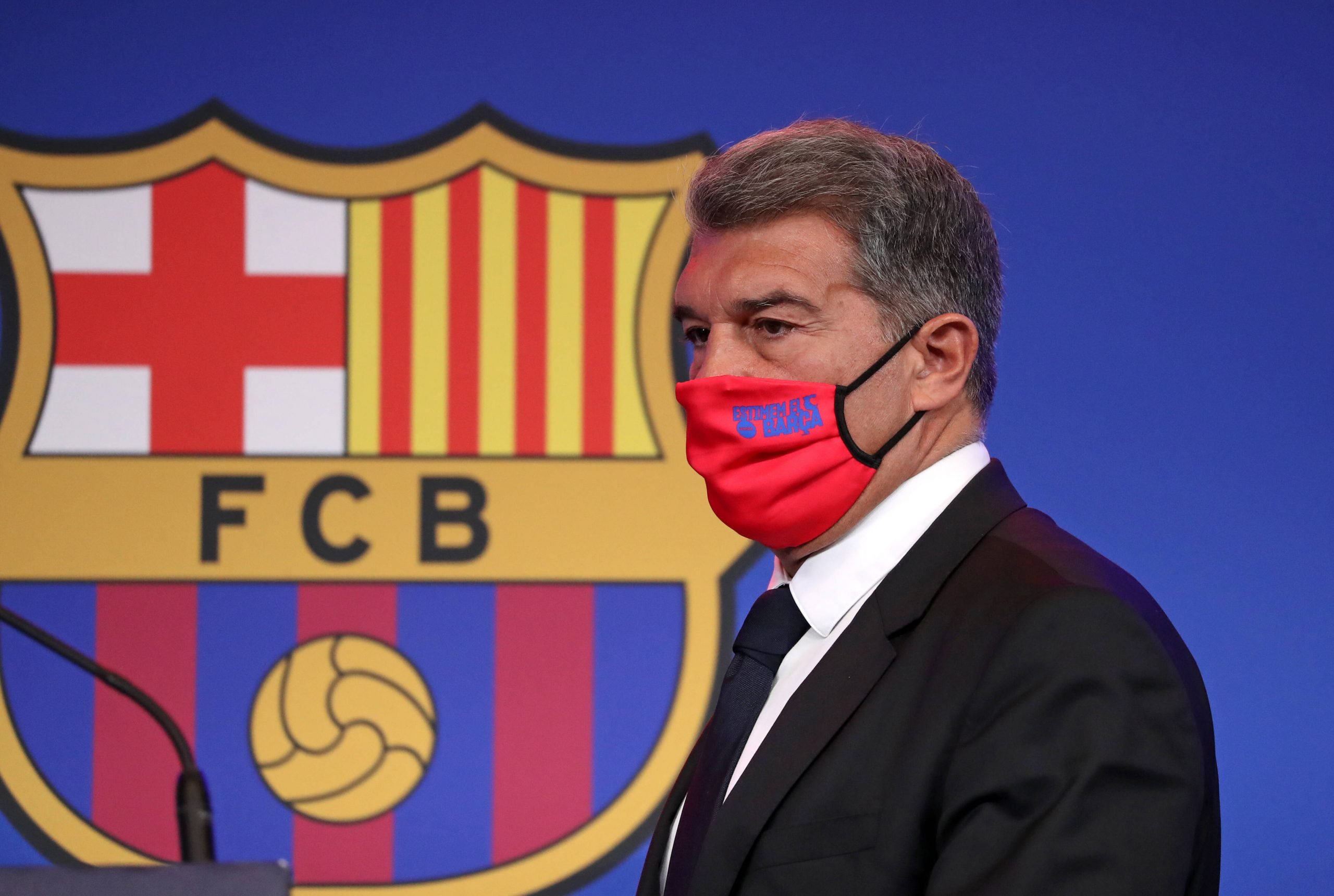 The higher they rise, the harder they fall.

It’s just been a bit more than a decade, but Pep Guardiola’s Barcelona has already carved out a massive part in history for itself. Between the 2008-09 and 2010-11 seasons, the collective won 14 major trophies. This was a team that was significantly greater than the sum of its parts, and the parts in themselves were amongst the best to ever grace the game. Staying at the top, one of the few things harder than reaching the top.

Nobody expected Barcelona to sustain this godly level for much longer, and rightly so. By the end of the 2013-14 season, the team had undergone two transitions. One under Tito Vilanova, and one under Tata Martino.

Just two trophies in the two seasons following Pep Guardiola’s departure was concerning to the board. Following this, Luis Enrique was appointed. Under Enrique’s tenure, Guardiola’s well-oiled machine sputtered for the last time. Rather, Enrique got the most out of the little fuel left.

The club has certainly slowed down at times. On paper, one would assume that some seasons of sub-par returns in form of trophies would be enough to reignite the grind to retain the footballing crown.

However, these sub-par returns were not voluntary. A club that accepts results below the usual standards in order to gather their bearings and allows time for the machine’s components to be serviced is one that is truly undergoing a rebuild.

What Barcelona have been doing is attempting to run the machine while the parts are constantly dulling and losing their edge without allowing time for them to be maintained, which results in sub-par performances.

Anatomy of a rebuild

Under Ronald Koeman, there were some positives. At the end of the day, though, the team has failed to deliver upon the expectations. But what exactly are the expectations? Essentially, to see performances coming from a collective greater than the sum of their parts. Instead, it’s been a grimy arithmetic concoction of the parts dividing, subtracting, failing to deliver.

The reasons for this are a completely different topic. What we will take a look at is exactly why the club has failed to even show signs of a successful rebuild, and more importantly, how a rebuild is much more complex than we realise.

One of the best examples of a rebuild in recent history is Leicester City. In the 2008-09 season, Leicester spent their first season outside the top two tiers of English football. Seven years later, they were the 2015-16 Premier League champions.

Granted, Leicester’s case is unlike Barcelona’s. There is a vast difference in the expectations placed upon both clubs. For Barcelona, a season with a solitary domestic trophy would be far from what Barça expect. For the Foxes, the goal was simply to stay in the Premier League. Despite these differences, taking a look at what Leicester did right is a solid foundation on which to examine Barcelona’s future.

Leicester underwent a takeover, boosting their player recruitment resources, something that will not be happening at Barcelona. Riyad Mahrez, N’Golo Kante were hardly scouted by many clubs, whereas players like Robert Huth were exceptionally tailored to the system. The manager, Claudio Ranieri, and his predecessor Nigel Pearson, both were instrumental to the Foxes success.

Compare this to Barcelona, and we see that the club is its own worst enemy. Players like Pedri are excellent signings. Despite this, short-term signings, reactionary ones such as those of Philippe Coutinho, Miralem Pjanic, Junior Firpo, Kevin-Prince Boateng, Paulinho, etc., have shown the club’s intentions.

A club is a massive ecosystem with a huge number of uncertainties and moving parts. When Barcelona made reactionary or irrational signings and/or with short-term benefits in mind, the rebuild had not even come close to starting.

One might expect players like Coutinho to generate significant revenue at most clubs. The mistake made was nothing short of a blunder. Expecting a player to perform at the same level in any system is a mistake made by the club and in turn the fans. Similarly, with Antoine Griezmann, players who were regularly among the best in their team became a shadow of their former selves.

Instead of generating revenue, the wage bill continued to grow. This further reinforces our initial observation; Barcelona have provided little to no time to actually allow or expect performances below the usual standard in order to avoid dulling the edge.

Then we have to consider the aspect of fans and sales. Tickets and yearly memberships are far from the only way in which the club support the club financially. Even the image of the club created by fans on social media affects the club significantly.

Whether it is by poorly impacting the global image of the club, which is naturally considered in the thorough investment process when new funds are provided by outside investors, or by negative opinions on social media simply leading individual fans to think twice before investing in a kit, or any merchandise related to the club.

These are the micro aspects of the whole scope, and in a world where social media controls everything essentially either directly or indirectly, considering it to be a negligible factor would be a mistake. Along the same lines, a bad result or performance leads to other consequences. It might be through the online abuse of players, or the formation of a negative perception leading to an eventual loss in viewership, or something else.

This is not to say that the fans are at fault for these aspects, with the exception of targeting players personally online. It, however, is an example of a group creating conditions detrimental to what they want, a rebuild. As a corporation, this is something that a club must anticipate. The public perception and image of the club are important in a number of ways.

There are two important takeaways to understand when speaking of this. Firstly, a rebuild is much more complicated than just signing new players and selling the ones underperforming. Secondly, an unfortunate yet situational truth is that the reactionary nature of social media leads to a fanbase becoming an involuntary hindrance to the very thing that they crave.

Barcelona are in a situation similar to this. While wanting the club to undergo a rebuild, the administration has so far allowed little in letting the team do the same. However, not enough time has gone by to evaluate Joan Laporta’s handling of this situation. There are some steps in the right direction. But the club finds itself on a tightrope. Should the results be the priority? Or can a dip in results and a relaxation of expectations be the way forward? Tilt too much to either side, and a fall is imminent.