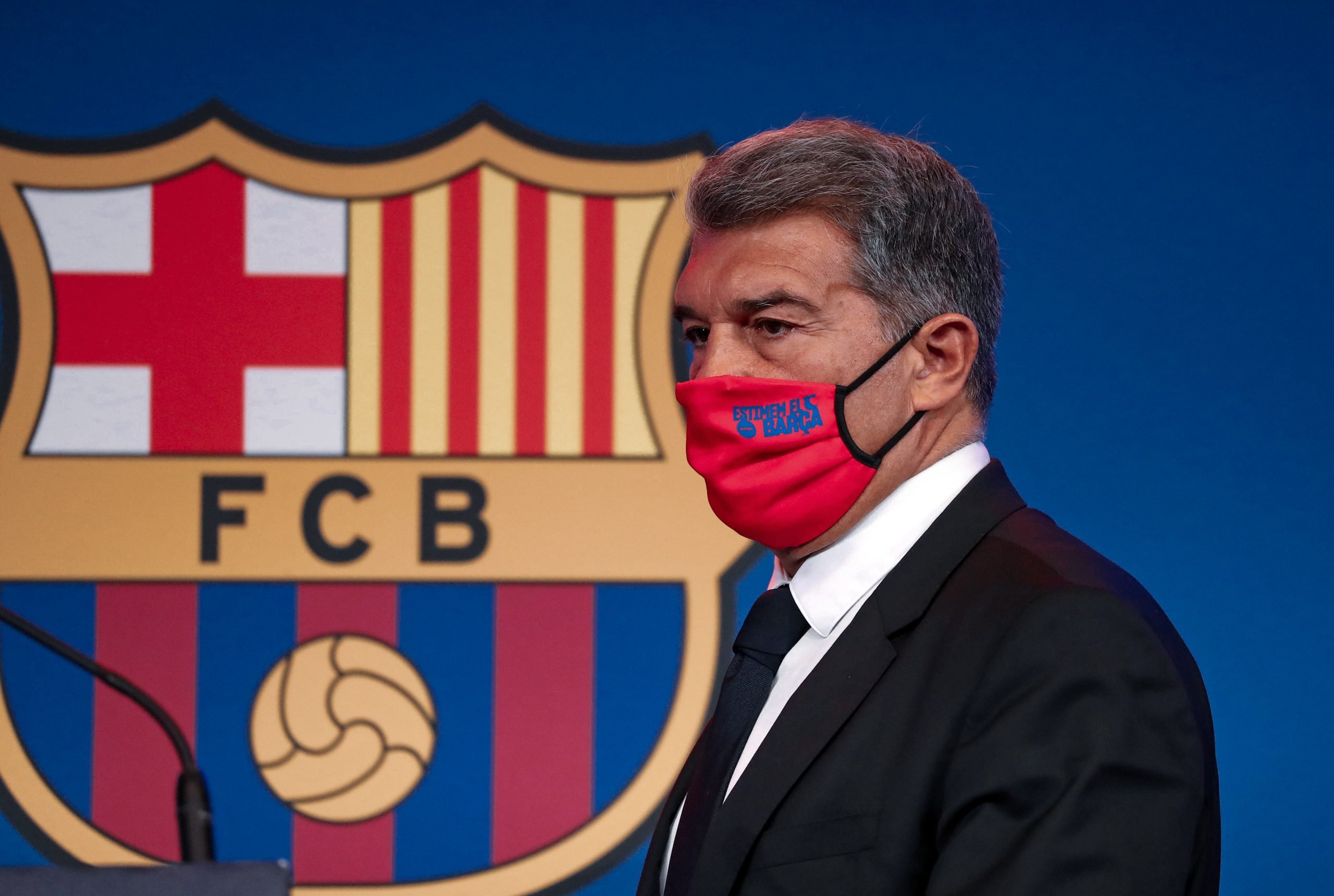 Joan Laporta assumed office at Barcelona after becoming president on 17th March 2021, exactly 102 days ago. In that century of days, a lot has changed, for better or worse. A number of them have profoundly impacted the club, indelibly etching themselves in Barça’s history. Others, more closely tied to the club’s present day state, have happened in the pursuit to recover ground lost during the Josep Bartomeu era.

In this article, Barça Universal explores what has changed since Laporta took back his role as president of Futbol Club Barcelona.

The incoming and the outgoing

As a result of Jose Maria Bartomeu’s unsustainable financial project, Barcelona found themselves strapped for cash but simultaneously in desperate need of a squad overhaul. Through clever planning and use of the market, Joan Laporta has been able to both identify and fix several problem areas in the squad for little to no money spent.

Three free signings have been made thus far, these coming in the acquisitions of Memphis Depay, Eric García, and Manchester City legend Sergio Agüero. At right-back, as a result of the club’s co-ownership of the youthful Brazilian powerhouse Emerson Royal, the Blaugrana made a relatively cheap purchase that barely broke the bank. Four signings made for a combined total of €9 million.

If four signings in the span of a few days were not enough, the President has claimed that more players will be coming in – most likely in the form of swap deals.

Not only are players arriving, but Laporta’s plans could see a host of others making their Odysseys from it. A shortlist of around eight footballers has been made and mentioned in several reputable Spanish media houses. The potential exits make perfect sense. These individuals have either been injured, inconsistent, or underused due to their seemingly below-average levels in the eyes of the manager.

Victory Royale on the pitch

While not directly tied to his presidency, the footballing side of the club has achieved several great feats since his arrival.

The first team may have endured one of their most tumultuous seasons in recent memory, however, they at least ended it with a title. Having spent over 700 days without silverware, Barcelona lifted their first Copa del Rey title since 2018 and did so in stunning style. The Catalans had Athletic Club severely outclassed, culminating in a thumping 4-0 victory in Seville. It was Barça’s first shot at a title in his second tenure as Barça président, and the players went in guns blazing.

The women’s team, on the other hand, maintained and even surpassed their own ludicrously high levels. The 2019-20 season saw them win a domestic treble for the first time in their history. This time around, spearheaded by Lluis Cortes in the dugouts in only his second year, Barcelona became the first club in history to win a Champions League title on both the men’s and women’s side. Not only that, but the Femeni joined an illustrious list of teams to have won the continental treble.

The Femeni steamrolled towards trophies and made sure to do it in spectacular fashion. Through a recognizable brand of football, tactical ingenuity through the use of various formations, ingenious use of the academy, the Garnet and Blue made the most out of this jam-packed season.

In the Primera Division, they scored a staggering 158 goals, conceded a measly 14 and winning 32 out of the 33 games played thus far. A win against Eibar would take them to 99 points from a possible 102, more than annihilating the previous record of 84 set by Atletico de Madrid in 2018/19 (or the 91 they set in 2011/12 albeit in a different format of the league). With a forward line consisting of Caroline Graham Hansen, Jennifer Hermoso, Lieke Martens and Asisat Oshoala, or even the up and coming to Bruna Vilamala, winning tomorrow afternoon is the least they can do.

As one of Jose Bartomeu’s few legitimate successes, this is one story Joan Laporta should keep alive in the coming years.

José Maria Bartomeu was, in multifarious ways, a poor negociator. When deals slippery as eels fell out of his grasp, his immediate thinking was to impulsively splurge money at the problems in hopes they would disappear. This resulted in numerous players being purchased at prices far above their actual levels of dexterity and players whose only interest in Barcelona as an entity being how much money they would pay. With Laporta, this isn’t the case anymore.

When Georginio Wijnaldum opted for Paris Saint-Germain over Barcelona, rather than get into a needless bidding war, he let the Dutchman transfer on a free deal to the Parisian outfit. This show of maturity, especially conscious of the dire financial status of the club at the moment, earned him plaudits. After all, why spend insane amounts of money paying the salary of one older footballer when the same could easily be spent on four? Laporta knows if and when to fold.

In addition to avoiding unnecessary deals, the Barca president is equally forming a relationship, albeit financial, with Manchester City. Thus far, deals have only gone one way, with Eric García and Sergio Agüero making their way to the Catalan capital, but there is surely more to come.

It is often in the development of trade that peace is brought among individuals. In his 1999 book The Lexus and the Olive Tree, Thomas Friedman proposed an idea now known as The Golden Arches Theory of Conflict Prevention. It is based on the premise that no two countries economically tethered would have an incentive to go to war.

While there are obvious exceptions to the rule, it is mostly true to this day. People — or in this case football clubs — that constantly trade have a strong incentive not to fight. By building bridges with Manchester City through swap deals, among other transfers, Joan Laporta is building bonds that will benefit the clubs not only in the present day but also in the long term.

The hardest choices often require the strongest wills. While an adored figure in the club, Joan Laporta is no stranger to controversy. The Barcelona president is more than willing to shake things up, regardless of how controversial they may be, for the benefit of the club. This was evident as he bravely rid himself of Ronaldinho Gaucho and Deco back in 2008, as well as opting for Pep Guardiola over José Mourinho. Barcelona fans have started to see a similar trend already.

From the grassroots level all the way to the B team, Laporta has hired his own brand of managers to replace those who were there under Bartomeu’s regime. Some such as Garcia Pimienta’s dismissal caught the fans brutally off-guard, and for those who might have hoped to see him coach in the first team, it dealt a great deal of pain.

Nonetheless, the two time Barça president knows that everything changes when nothing does. While controversial and in many ways, seen as blatantly unnecessary, it is a change he saw fit for the club.

Several key members have also made their way back into the club. Albert Capellas has made his return to the club, having left in 2010 after Sandro Rosell took over. In addition to this, Jordi Cruyff, son of the late Johan Cruyff, has returned as well. All the pieces in the puzzle are falling into place, setting Barcelona up for quite some success in the future.

In spite of how calamitous the weathers were when he arrived at the club, Joan Laporta has had a rather eventful opening 100 days in office. Successes on the pitch have been neatly intermingled with clever business deals off it. Given his track record in his previous tenure, more of the same bold decisions are sure to come, and with them, bountiful success. He is already in the process of a complete structural revamp of the club, making acquisitions that serve only to bring the club back to its roots.