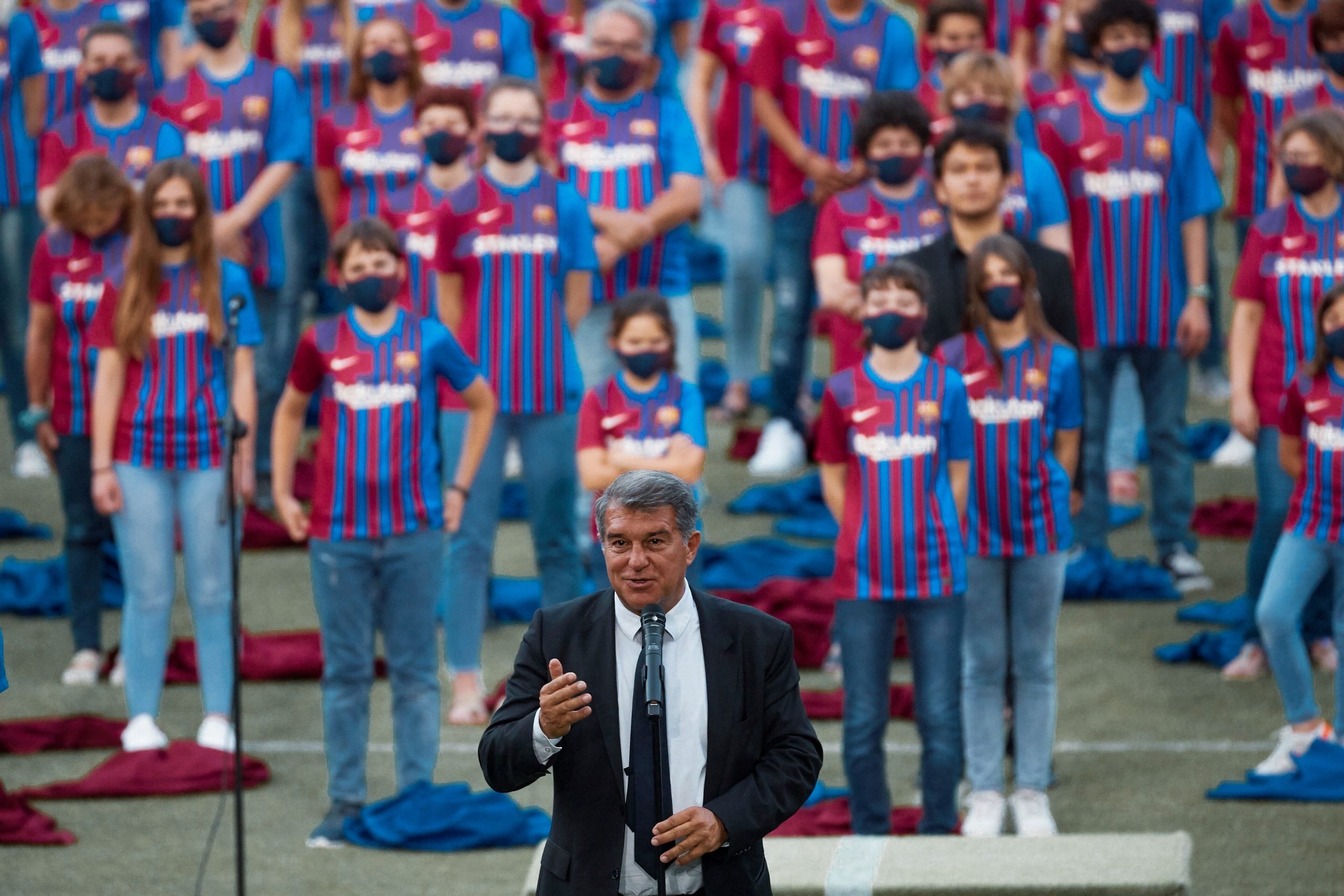 The reign of Joan Laporta has well and truly started. While the summer transfer window so far hasn’t exactly been full of luxurious signings, Barcelona have still been quite busy, to say the least. The signings of Sergio Agüero, Memphis Depay, Emerson Royal and Eric García are all valuable, but there is still some way to go for the Catalans to get back to where they once were.

This current squad may have what it takes to challenge for La Liga once more, especially if Lionel Messi opts to renew his contract, which seems imminent as has been widely reported as of late. But if Barcelona are to be a European force again, they will need a far more complete and competitive team. And Laporta’s work on that front is only just beginning.

Unfortunately, the financial situation is such that the budget has been cut drastically, and the Azulgranas, for once, don’t have the pick of the litter to choose from. But that doesn’t mean improving the squad is out of the question. After all, if someone can assemble a team without getting the crème de la crème of the footballing market, it’s Barcelona. But which areas of their squad still need some reinforcements, and who could be the players to fit the bill? Let’s find out.

It’s no secret that Barcelona have severely been lacking quality out wide. The full-back position has been discussed thoroughly over the years but somehow, the Catalans are yet to improve in that area. Recent experiments with the likes of Aleix Vidal, Nelson Semedo and Junior Firpo have not yielded the desired results.

Of course, the introduction of Sergiño Dest is a very positive one, as is Emerson’s, but ultimately, those are not game-changing signings, at least not just yet. At left-back, Barcelona have nobody else but Jordi Alba, who, despite being in his 30s, is still among the best at what he does. He still has his flaws, we all do, but unless a proper elite replacement is found, Alba should stay at the club.

But that is not to say Barcelona shouldn’t be in the market for a new full-back. On the contrary, depth is exactly what’s missing there or, rather, quality depth to adequately relieve and push Alba to be the best possible version of himself he can be at any given time.

José Gayà’s name has been mentioned very commonly, and that’s exactly the profile Barça should be looking for; a player not only capable of adding competition and depth but having genuine quality to displace the starters.

Either way, this is an area that needs to be Barcelona’s bread and butter, especially with the lack of natural wingers.

The worst-kept secret at Barcelona is that they are a team completely devoid of width, verticality and runners. For years now, their only firepower out wide has come from full-backs, or rather, a full-back, namely Alba himself. Apart from him, no one in the team offers such movement, pace, and attacking output as the experienced left-back.

Of course, we shouldn’t forget Ousmane Dembélé, who has the potential to become a world-class player but has been bogged down by injuries aplenty. Not to mention, we’re yet to find out whether the young Frenchman wants to extend his expiring Barcelona contract or not. He could be a solution for the team, but at the moment, there are far too many question marks around him for the club to be at ease, especially after another serious issue has arisen while with France at the Euros.

For now, no real reports are stating Barcelona are on a hunt for a winger, which is concerning. Depay is a quasi-winger of sorts on paper, but as a ball-dominant profile, he’s unlikely to address any major issues. He’ll add quality, but he is not the solution to their most glaring problems.

The same is true for the likes of Antoine Griezmann, Philippe Coutinho or even the new arrival Sergio Agüero. Those are quality players with a lot to offer, but they all come with some caveats and don’t exactly take the team to the next level. Francisco Trincão could be an option even though he’s not a natural winger himself as he likes to cut inside and occupy the half-spaces. But even the still-fresh Portuguese talent is rumoured to be considered as a trading tool in the market, suggesting the club don’t see him as a reliable player just yet.

Barcelona could always look within and towards their academy, which, to be fair, would be the ideal solution as there is immense quality hiding ‘below the surface’ of first-team football. And we also should not forget the grand return of Ansu Fati, which could be their biggest ‘signing’ this summer. But coming back from a huge injury could be troublesome for such a young player.

So he should be given time to get back to his best fully. Sadly, however, that leaves Barcelona without a proper winger once more, someone to stretch the opposition’s defensive structure and offer vertical runs into the final third and beyond. Of course, they can and will rely on full-backs to do this job, but the addition of a winger could be the next step the club should take.

We could also argue that an elite striker is necessary since Kun is a short-term solution, but if you surround Messi with two natural wingers, the goals won’t exactly be a problem anymore. So it is best to cross that bridge when the team comes to it. Plus, the budgetary restrictions at the moment do not necessarily encourage planning on future spending when there is a lot to be handled immediately.

With the addition of Eric García and the resurgence of the likes of Óscar Mingueza and Ronald Araújo, it seemed like Barcelona were finally reinvigorating their ageing and slow backline. While that may hold, and with García’s talent not in question, they still lack a prime defender who will immediately improve their defence.

As good as Gerard Piqué is, he’s getting older. Samuel Umtiti most likely doesn’t even have a spot in the team anymore and sadly, Clément Lenglet has been on a steady decline too. Quite clearly, Barcelona will need to add reinforcements into their backline if they want to compete at the grandest stages of them all.

At the moment, there are multiple reports as to who that reinforcement may be. Names like Aymeric Laporte, Matthijs de Ligt, Pau Torres and Jules Koundé have been circulating in the media. The truth of the matter is, the Catalans will need someone reliable and with enough quality to displace either or both of their starting options. That much is crystal clear.

When it comes to the centre-back positions, they need proper firepower, leading, inspiring, and improving their existing structure. Araújo is a player for the present and the future, but he needs a partner of the same potential, quality and mentality.

Is that going to be one of the four aforementioned names? It could be, and as long as it represents a genuine improvement, Barcelona should pull the trigger. Of course, buying good players is one thing, but creating a suitable structure and a system for them to thrive in is a completely different beast.

And that, needless to say, would be the final piece of the puzzle of bringing Barcelona back to the highest summit of the footballing mountain.