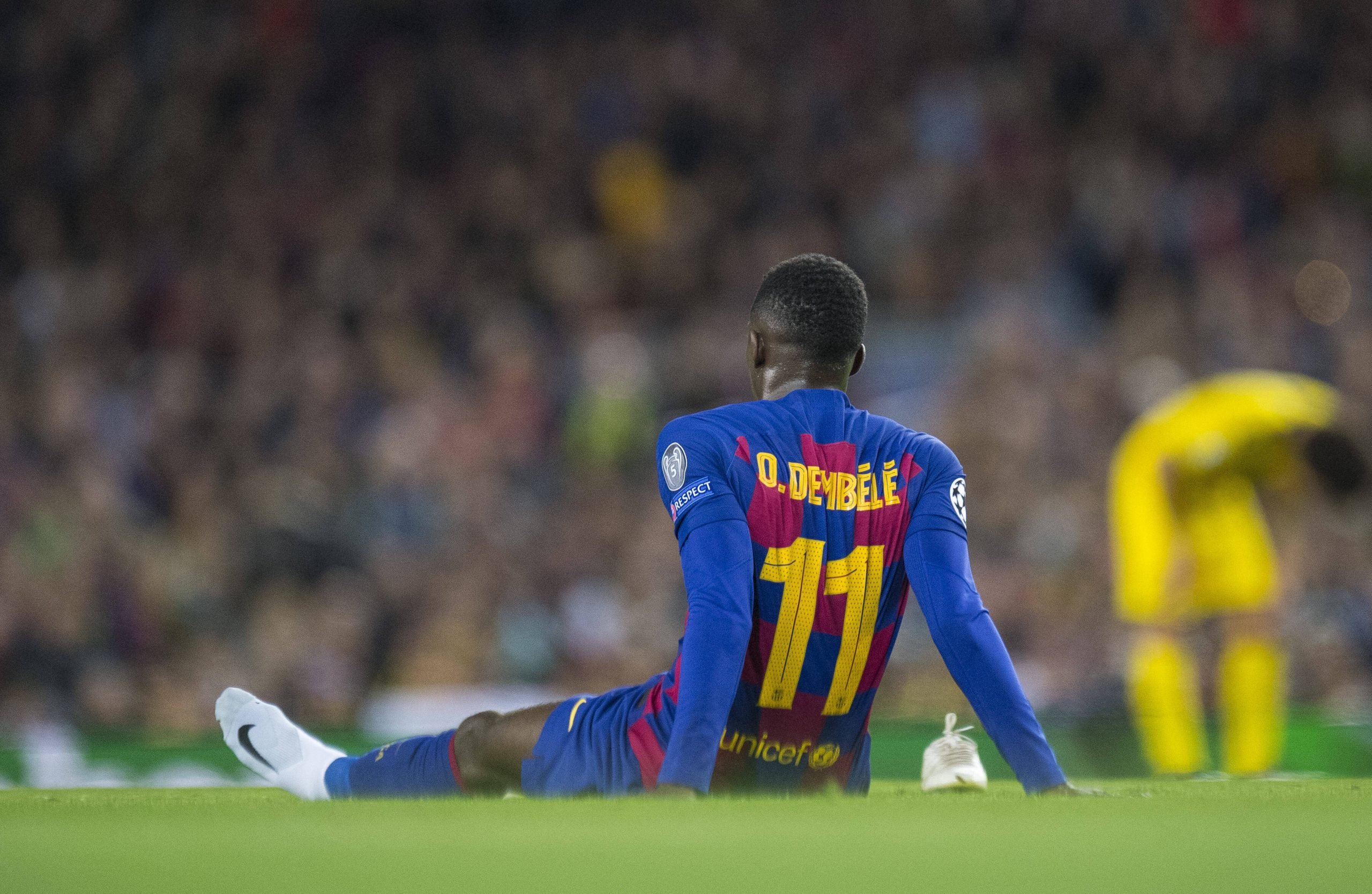 Barcelona have been hit with an injury setback ahead of their crucial La Liga encounter against Getafe, as winger Ousmane Dembele will miss out due to discomfort in his pelvis, the club confirms. He has not been named in the matchday squad.

Dembele’s exclusion is a last-minute decision, and the club has stated, as usual, that his return to action will depend on the evolution of his recovery. There is no time frame provided on the Frenchman’s return. The injury comes at a rather unfortunate time for the Catalans.

Reports earlier this month, had indeed stated that Dembele had been suffering from pubalgia, which had caused him to finish many games with discomfort to the pubis region. The condition indeed seems to have worsened over time, considering he had been firm on not missing out on any games in the crucial tail-end of this La Liga title race.

The best treatment for this condition is said to be rest, but Dembele, who has become a key part of Ronald Koeman’s side this season was keen to be available for all games and contribute in the final stretch of the season.

The conservative treatment plan designed by the Barcelona physios, which Dembele had reportedly been undergoing does not seem to have helped too much.

The Frenchman has been an important part of the attack this season, chipping in with crucial goal contributions in tough games. He has scored ten goals across 38 games in all competitions. Barcelona could have benefitted massively from a quick, technical player like him against a stubborn Getafe side.

Barcelona cannot afford to drop any more points in the remainder of the season. The margin for error is very low if they are to back up their Copa del Rey success with a league title.