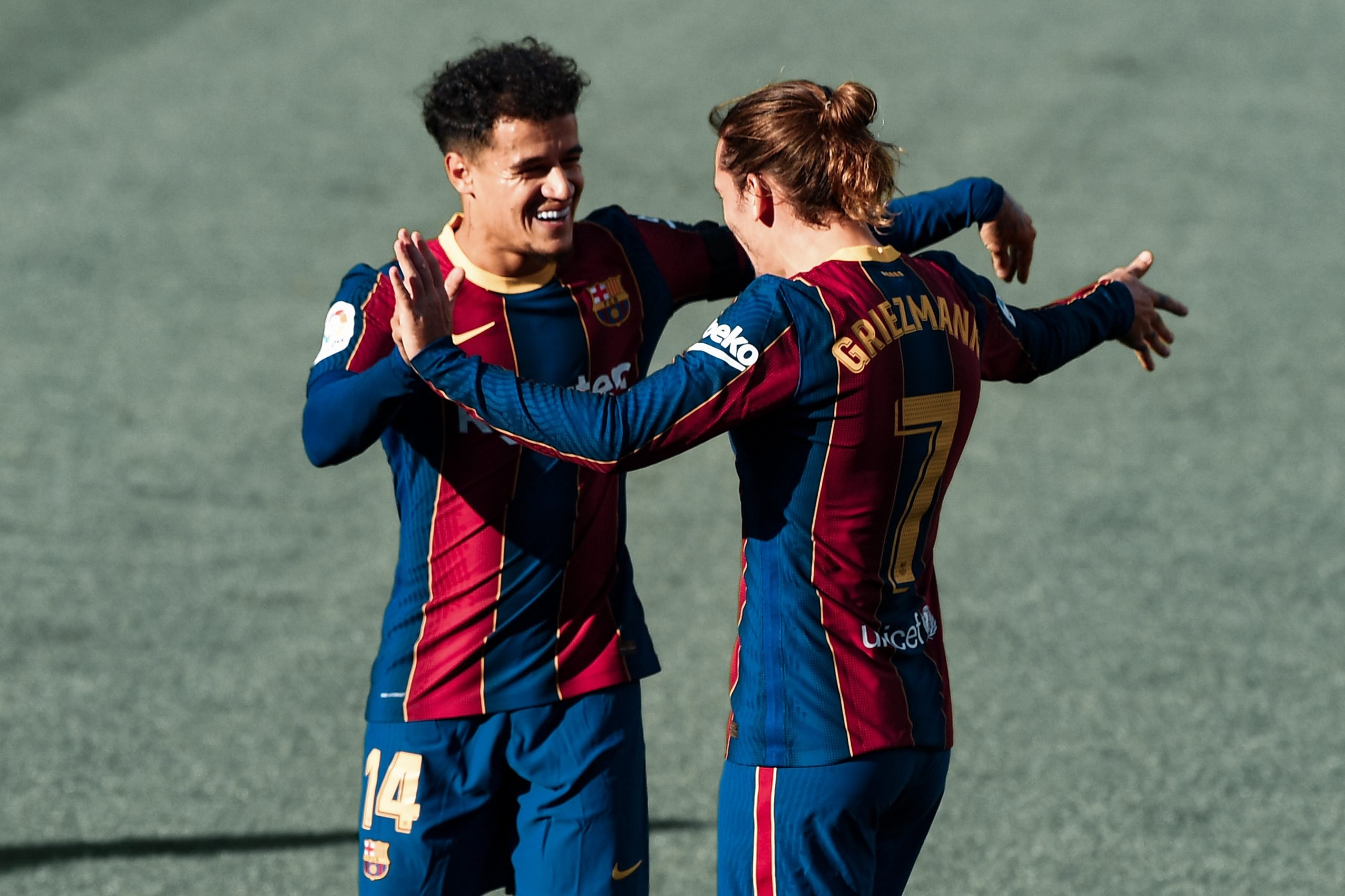 In a major plot twist, AS is reporting that Barcelona have decided to keep both Antoine Griezmann and Philippe Coutinho at the club unless huge offers come in for the pair.

Coutinho has been with Barcelona for over three years now but has failed to hit the heights expected after his club-record move from Liverpool. As for Griezmann, the Frenchman too has been unable to perform at the level expected since arriving from Atletico Madrid in 2019.

Given Barcelona’s current financial plight, both Coutinho and Griezmann were at the top of the chopping list for Joan Laporta & co., as they looked to get a semblance of control on the wage bill and complete the contract re-signing of Lionel Messi.

Indeed, Griezmann had been put on the shopping window by the Catalans, who had offered him to multiple clubs in Europe. Most recently, the 2018 FIFA World Cup winner was proposed to Manchester United in a swap deal that would see Victor Lindelof arrive at Camp Nou.

As for Coutinho, the Brazilian is still recovering from the injury he sustained in December last year. Talks over a move to AC Milan had been rife for a while, but it likes a stay of execution has been passed with regard to their careers at Barca.

The report states that the club, along with inputs from Koeman, have decided to keep hold of the duo, unless a ‘stratospheric’ offer comes along for either of them.

It is claimed that Griezmann has impressed the manager heavily with his commitment during pre-season while the Catalans still view him as a top player with a lot to offer. Furthermore, it is also stated that Barcelona do not plan to hold talks with the ex-Atletico Madrid star over a reduction of his wages, as his salary is believed to be within the current parameters.

Koeman, as per the report, also sees Coutinho as a valuable player who can contribute to the team once his recovery is complete. Described as a ‘great asset’, the Blaugrana will hold on to the playmaker this summer, unless a massive offer is made, which could still potentially happen in the final couple of weeks of the transfer window.