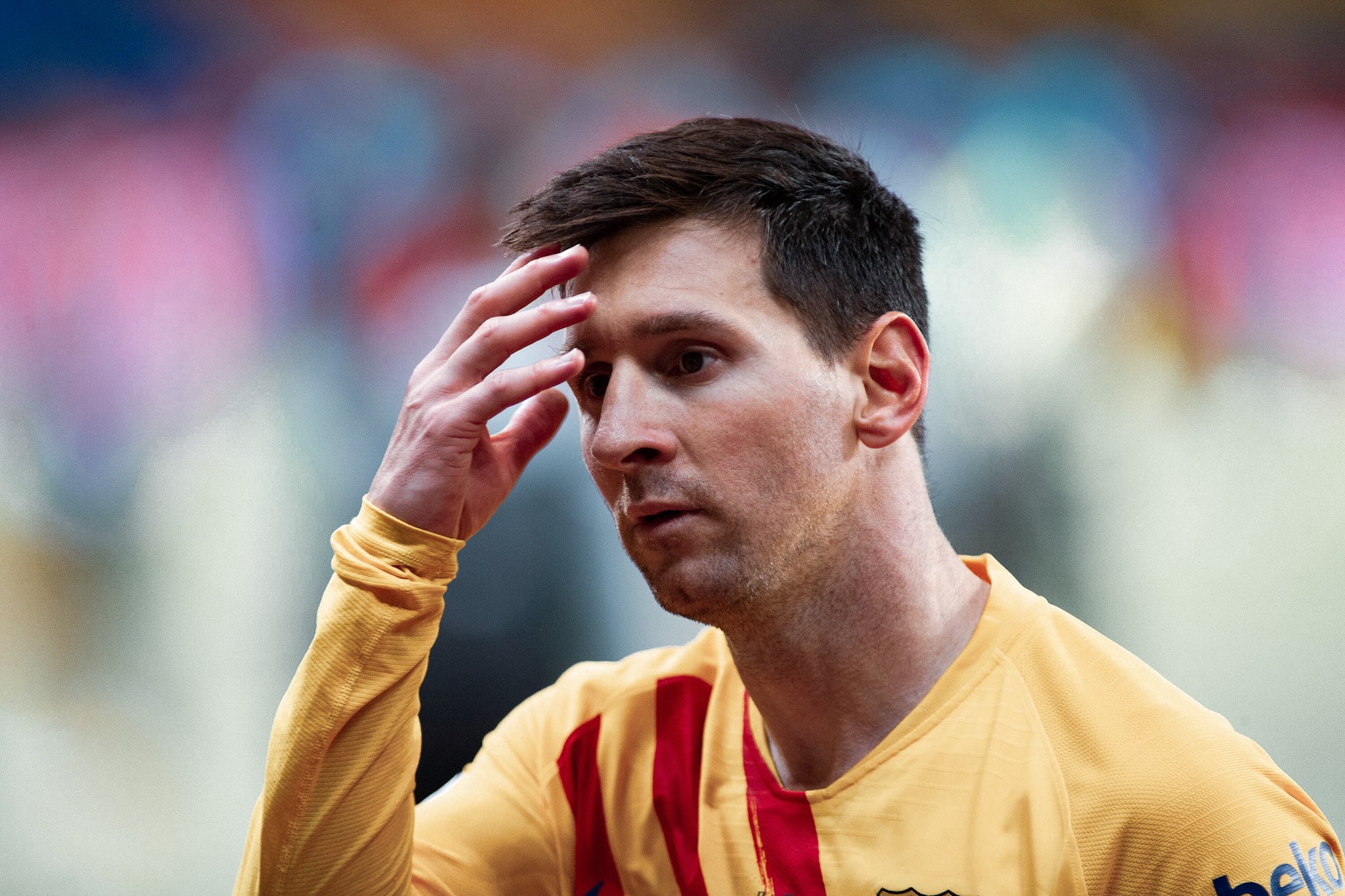 Sunday saw the Estadio de la Cerámica play host to a monumental fixture in Barcelona’s season, as Ronald Koeman’s men overcame a problematic tie to secure three valuable points on a weekend where their rivals left some behind.

Although the three points Barca secured were invaluable, Koeman came away from the tie with some vital practical information for the run-in. The fact that his team can secure big wins without massive help from Lionel Messi, something the Catalan side have relied on all too much in the few years prior.

Antoine Griezmann was Koeman’s saving grace, who has not contributed majorly this season outside of a fantastic Copa del Rey campaign. However, the Frenchman’s brace could go a long way to helping Barca secure a 27th La Liga crown.

Sunday was a rare off day for Lionel Messi, but the Argentine is one of those rare breeds who contributes something even when it seems as though he is contributing very little. This campaign has been very similar to the last two for Messi, in that he is once again carrying this Barcelona team to titles, even if the squad as a whole is playing much better.

Days like Sunday will happen, as Lionel Messi is only human, even if that fact is up for debate sometimes.

In recent times, a Messi off-day meant Barcelona dropping points but Sunday, and not for the first time this season, eroded another worry held onto by Barça fans from recent years. Another worry Ronald Koeman has somehow managed to fix and a reason why Barcelona could be on their way to winning another La Liga title.

Missing out on a Treble

“I would like to remind you that he carries the whole team on his back.”

Messi finished the 18/19 season with 51 goals in all competitions and assisted 20 further goals, averaging a goal contribution every 56.6 minutes. The Argentine took the team on his shoulders in the big games from Lyon to Manchester United to Liverpool in the Champions League, to Sevilla, Valencia, Espanyol, and Atletico Madrid in La Liga. The worrying thing for Barça going forward was the gap between Messi and the rest of the team.

The campaign eventually saw Messi perform at a fascinatingly high level, as the Argentine was arguably one win away from guiding the Catalan side to a treble virtually by himself, an achievement that Messi and Barça just fell short of but an achievement that rewarded Leo Messi with a record sixth Ballon d’Or.

Luis Suarez was Messi’s closest contributor with 25 goals and 14 assists to his name throughout the 18/19 campaign, half of what the Argentine was producing in front of goal. The Uruguayan has been Messi’s sidekick ever since his arrival from Liverpool, so those numbers were to be expected, although depleted from previous seasons.

Behind the pair crawled the rest of their teammates. Ousmane Dembele contributed 14 goals and 8 assists and Philippe Coutinho was next, finishing the season with 11 goals and 5 assists.

All three combined provided fewer goals (50) than Messi (51) and only provided the team with seven more assists than the Argentine. Further contributions from Messi’s teammates might have seen Barcelona win the treble, with Dembele’s chance at the Camp Nou, and Suarez and Coutinho’s at Anfield in the Liverpool ties coming to mind.

Ahead of the second leg of Barcelona’s last 16 Champions League tie with Napoli, former Barça player Edmilson stated that Lionel Messi had been carrying Barcelona’s “whole team on his shoulders” throughout the season.

The 19/20 season was a disaster for the Catalan side, and it somewhat personified the presidency of Josep Maria Bartomeu. Barça sacked two managers and ended the season trophyless but the constant would once again be the number ten in Blaugrana.

Messi contributed 31 goals and 26 assists to Barcelona’s cause, breaking an abundance of records in the process. La Liga’s all-time leading assister, broke Xavi’s record for the most assists in a single La Liga season with 21, one more than Xavi’s 08/09 campaign. In addition to that, the Argentine became the first-ever player in La Liga, and only the second player in history since Thierry Henry back in 02/03, to accumulate 20 goals and 20 assists in a single campaign.

Once again Luis Suarez followed with 21 goals and 11 assists, leading the way from new signing Antoine Griezmann, who produced only 15 goals and 4 assists and Arturo Vidal with a low tally of eight goals and four assists.

Both Messi and Suarez missed a considerable number of games throughout the season for Barca and yet, were still miles ahead of their teammates in terms of goal contributions. The stop-start season for both, no doubt affected the Catalan side massively throughout the campaign but once again, Messi was leading the way and had only an ageing Luis Suarez to ease the pressure.

This dependence on Messi left Barcelona without any trophies for the first time since the 07/08 season and although that cannot happen this season, the reliance on Barca’s all-time leading goal scorer is following a similar pattern.

Messi’s Needs Help in the Vanguard

Barcelona’s most recent match against Getafe had all the hallmarks of a Lionel Messi masterclass. The Argentine provide two goals and an assist and would have had a hat-trick had he not given a penalty to Antoine Griezmann, a decision that has since proved to be scarily correct. Barça struggled in a tight, scrappy affair with the Madrid based side, and the tie provided a glimpse of what awaits the Catalans in their final six games of the season.

However, Messi cannot always pull the men in Blaugrana out of the fire, and that provides the basis of why the manner in which Barca won against Villarreal is vitally important.

Sunday was a rare occasion in 2021, as it was only the third time that Messi failed to provide a goal contribution since the turn of the new year. It is even further up the rarity chart that the Argentine matches this with an overall quiet game, and therefore someone needed to step up. Antoine Griezmann took on the task and bagged a brace to win the game for Barca, the first of which was simply magnificent.

On paper, Villarreal were one of the toughest opponents Barcelona would face in their remaining fixtures and on a weekend where it looked likely that one of their rivals would drop points, the three points were deemed crucial.

Griezmann looked a confident figure at the Estadio de la Ceramica on Sunday, finishing effectively, making effective runs in behind, and the Frenchman’s positioning stood out too. It gets one thinking how important that penalty mentioned earlier really was?

On par with ‘Grizou’ was once again Frenkie De Jong, a player who has reached another level in his career this season. De Jong’s contributions in an attacking sense have been remarkable, although this will not appear in the stats. The Dutchman’s runs in behind and late movements into the box take up a large percentage of the opponent’s attention, resulting in chances for himself and others.

The pair contributed massively to achieving the three points on Sunday without much help from Messi, but such an occasion would be deemed rare.

Relying on Messi Once More

Sunday was only the fourth time this season in La Liga, that Barcelona have won without Lionel Messi contributing to the scoresheet, one of which the Argentine was suspended. Messi once again leads the way in goal contributions, with 33 goals and 14 assists in all competitions and begs the question, where would the Catalan side be without the best player in the world?

That question could be answered with the stats of others. Since the departure of Luis Suarez, Antoine Griezmann has stepped up as chief support to Messi. The Frenchman has 18 goals and 11 assists to his name this campaign, 10 more contributions than he had in the whole of last season. However, Griezmann is not the most consistent of players and therefore the players on the list behind the Frenchman become a worry.

Ousmane Dembele has only chipped in with ten goals and four assists this season, and behind him is Ansu Fati, a player who has not played since getting injured in November, with five goals and four assists. One cannot help but wonder how dearly Fati has been missed and how his availability could have eased up proceedings far more.

Focussing on La Liga, all three combined have fewer goals (20) than Messi (25) and have fewer assists (9) than the Argentine (11).

These facts stay away from the spotlight at the moment because everything seems to be going right for Barcelona and Messi himself is in Ballon d’Or winning form. Nevertheless, this has the potential to be a problem for Ronald Koeman in the run-in, as drawing a game could mean failure in pursuit of La Liga.

Sunday was a big step towards instilling confidence within the squad that they can win without major contributions from Messi. If Barcelona are to win La Liga, the little Argentine will most likely need help. Whether it comes from Frenkie De Jong freeing up space with a run or Antoine Griezmann scoring goals, it does not matter; once some of the pressure is lifted off Messi’s shoulders, he will do what he does best— win football matches.

The Garnet and Blue have “six finals” left to play and Messi will most likely contribute in all of them. Messi’s form has been insurmountable in 2021 and without the Argentine, the season would look a lot different. Ronald Koeman must not forget that as he stares down the barrel of a few dilemmas in this final stretch of the season. But he must also not rely entirely on Messi. It’s a tricky situation to manage but that’s why the Dutchman is the manager of FC Barcelona.