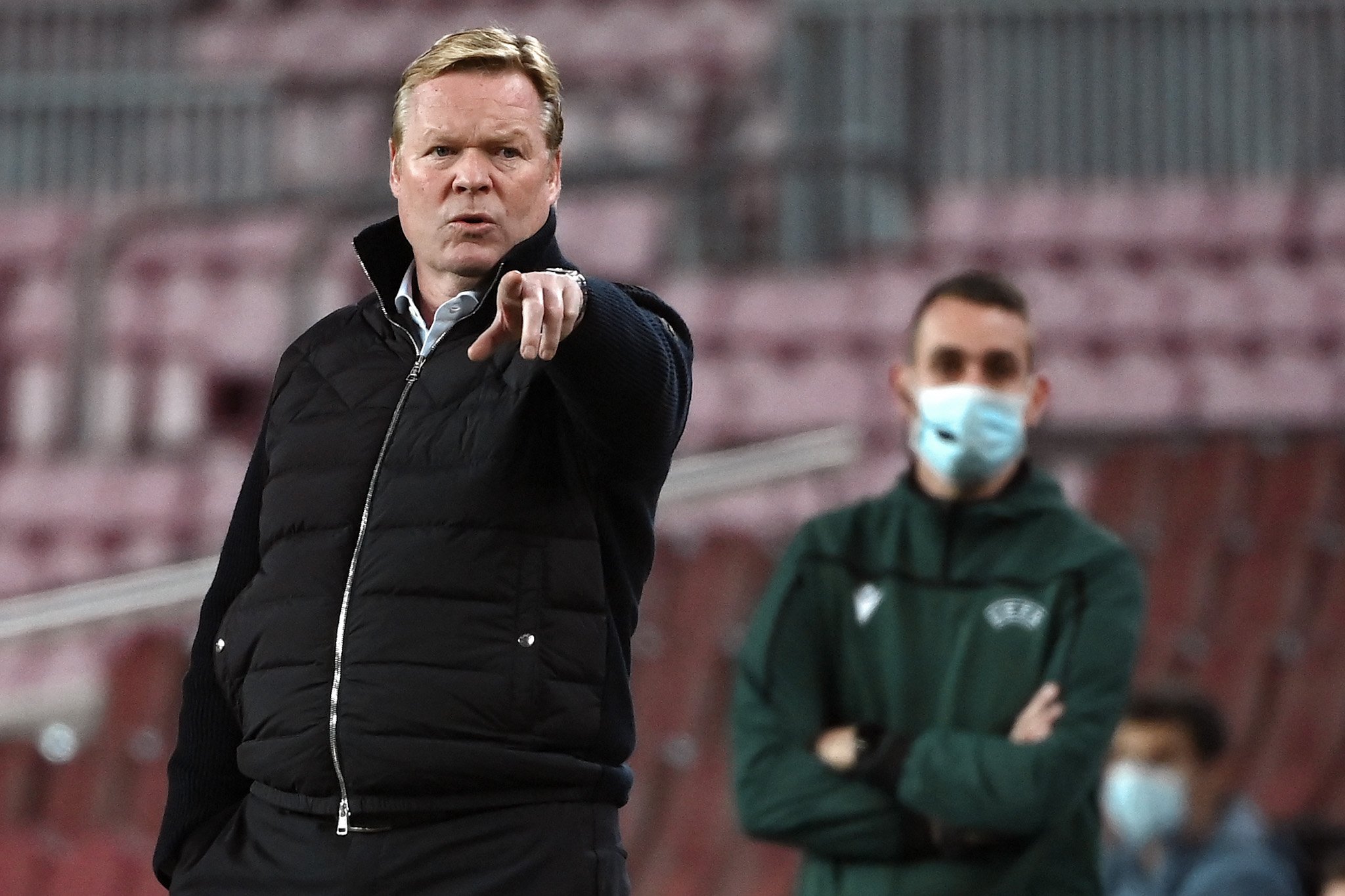 Ronald Koeman spoke in Barcelona’s post-match press conference after his team won 2-1 against Dynamo Kyiv in the Champions League group stage matchday 3/6. The Dutchman explained that they started the game quite well, but pointed towards areas that should be improved too.

“We started the game well, but we did not take advantage of the chances we had.”

“Our off-the-ball movement and play was very bad. The team suffers a lot when they lose possession.”

“We must improve our off-the-ball play. 3 wins in the CL is good, but we need to improve.”

Koeman also added some praise on Marc-André Ter Stegen, who has been nominated as Rac1’s Man of the Match. The 28-year-old had 6 saves, and 1 punch in his return game after his long injury lay-off.

“Ter Stegen has once again shown that he’s a great goalkeeper and that he’s fit, even though he has only been training with us for a week. He was exceptional today.”

Despite the fact that Dynamo Kyiv had to travel to Barcelona with mainly their B team players, they managed to make things complicated for the Catalan club, especially in the last part of the game, which was recognized by Koeman as well:

“Dynamo Kyiv didn’t surprise us. We knew that they are a strong team despite their many absences because of COVID-19.”

Interestingly, Koeman reverted to a 4-3-3 formation in the 82nd minute of the game, after Pedri was replaced by Carles Aleña. We will have to wait until Saturday to see how the 57-year-old will continue his structure against Real Betis, this time in La Liga.