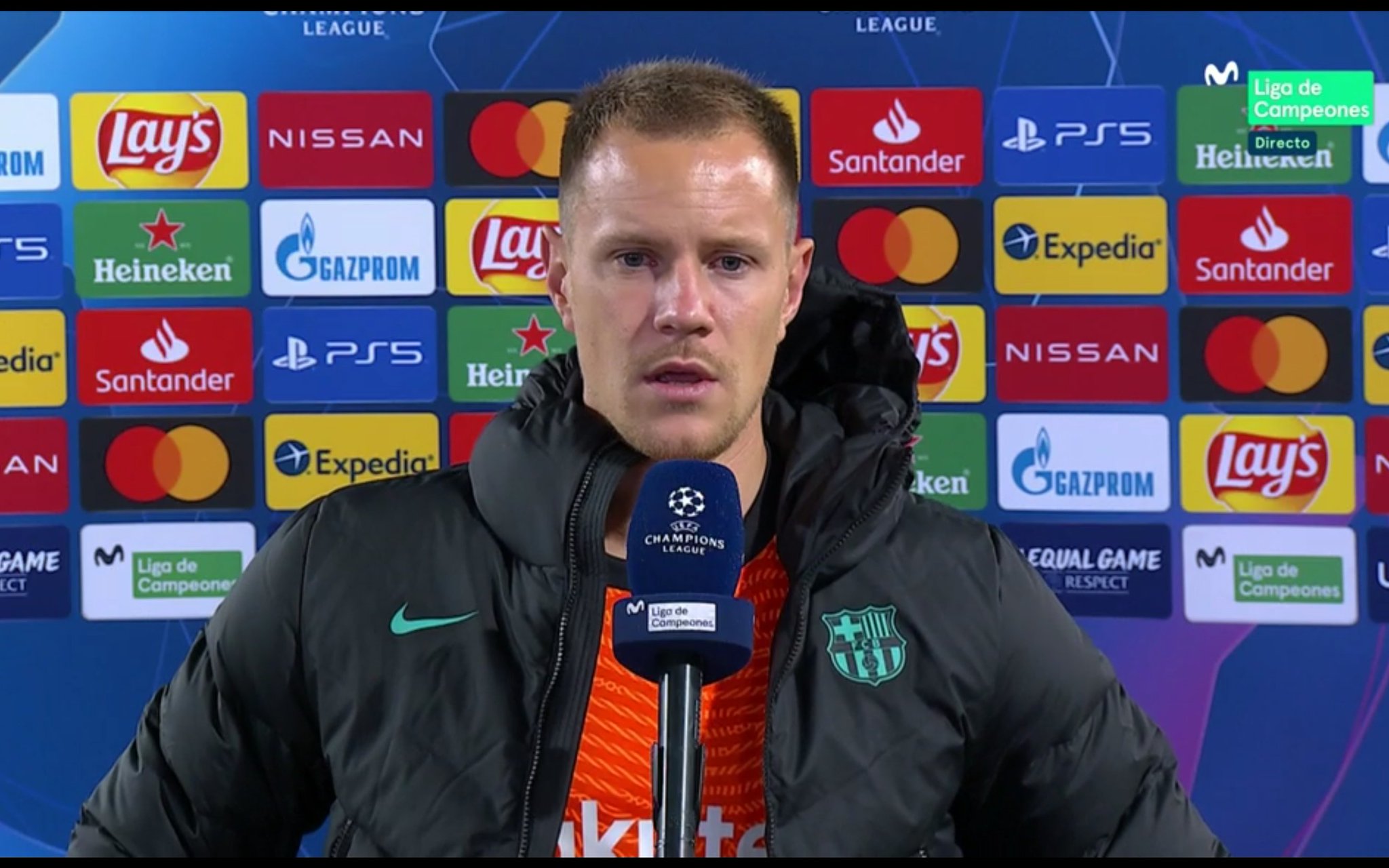 Marc-André Ter Stegen claimed the Man Of The Match award thanks to a handful of splendid saves against Dynamo Kyiv. After claiming his deserved award, Ter Stegen spoke about the team’s and his performance.

It was an excited Ter Stegen that went to share his thoughts. First, the 28-year-old goalie spoke about his happiness following his return to the field. The keeper wanted to leave a good impression on the fans and certainly did, keeping Kyiv’s attackers at bay for a while. After Neto’s shaky performance on the weekend, Ter Stegen’s display was refreshing to many fans.

“It was important to win today. I had a great desire to get back on the field.”

The Barcelona keeper then spoke about the team’s performance. He reckons that his side controlled the fixture in the first half while losing all sense of control in the second. Despite the slip in the second half, Ter Stegen loved the team’s shape and the way they won.

“We controlled the game in the first-half, but later on we lost control.”

However, he still considered that the last part of the second half wasn’t good enough as the Culés suffered. Still, the German is ecstatic following the important victory in the Champions League. After all, starting with nine points out of nine possible is excellent for any side.

“The most important thing today was the win. I’m very happy with the win and my return.”

Finally, Ter Stegen shared his thoughts about his extension. He stated that he loves the club, and there was never any doubt concerning his renewal. “It was a matter of talking,” said the German who had enjoyed a superb night in goal for Barça.

The Catalan giants can be happy with their keeper. He brought back serenity in goal and will now aim to get his first clean sheet of the season against Betis on Saturday.