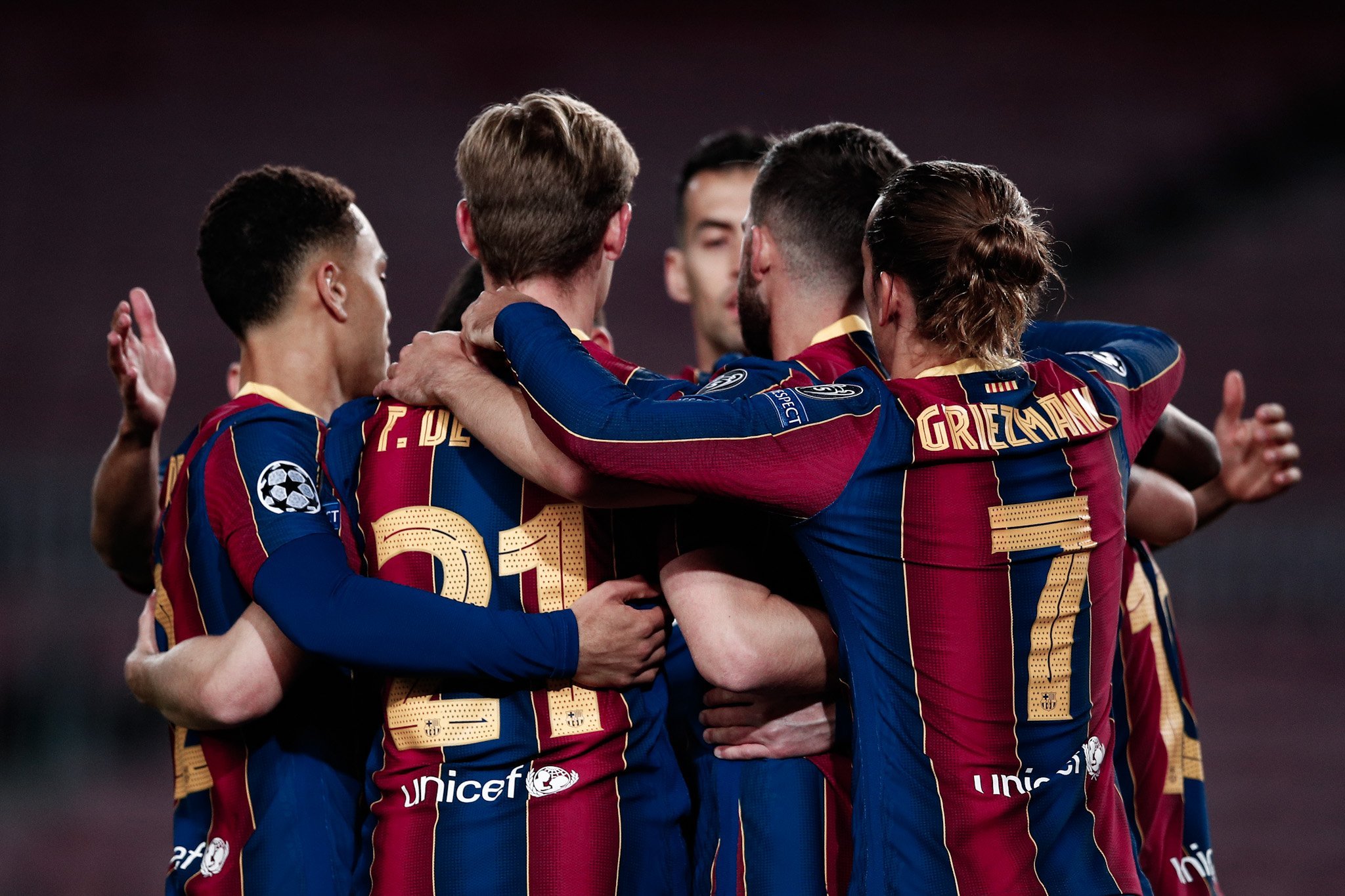 A match report and summary of Barcelona’s 2-1 victory over Dynamo Kyiv in the Champions League group stage matchday 3/6.

Against a depleted Dynamo Kyiv at Camp Nou, Culés expected a lot from Barça. In the first half, Ronald Koeman’s side didn’t show nearly enough of a response after the Alavés draw.

Koeman himself went with a rather bizarre eleven. The Dutch manager rested Clément Lenglet and deployed Frenkie de Jong at centre-back while a front four of Pedri, Antoine Griezmann, Lionel Messi and Ansu Fati would complete the squad. A surprising double pivot composed of Miralem Pjanic and Sergio Busquets would, along with Sergiño Dest’s inclusion complete the team.

Barcelona started on the strong foot, steamrolling a decimated side. The Catalans got an early lead via Messi, who suffered a big foul in the area. La Pulga scored his penalty and put his side in front. Despite scoring, the six-time Ballon d’Or winner was far from his best, and Barça suffered from it. Ansu Fati’s magic in the box then led to Griezmann missing in front of an open net. The attack did a decent job, especially the two teenagers. Pedri’s shot, after a superb Messi pass, crashed on the crossbar while the winger’s attempts ended in the goalkeeper’s hands.

Despite dominating, the Culés looked a bit shaky at the back, and Marc-André Ter Stegen made some big saves. First with his foot from a cross in the box. Then, a splendid save from his forearm after a great header from the Ukrainians.

The hosts kept playing like a Diesel and got a few decent chances. For Koeman, however, it wasn’t the best showing ever, especially with the everlasting finishing problem. Barça should’ve been leading by more, and the Dutchman has to find solutions quickly. Nonetheless, this first half looks way better than the one in the Basque region on the weekend. Despite conceding a few chances, the Blaugranas were switched on from the start, and it was much more of a team effort.

A snoozefest. This second half is perhaps the worst under Koeman since he took over. No intensity from Barça, too many chances gifted to Dynamo, and a big thank you to Ter Stegen. At half time, Koeman could’ve shaken up those players, but they did not seem like changing their mentality whatsoever.

Mircea Lucescu’s side scored at the start of the half but VAR ruled the goal because the cross went out of bounds. The first scare of a torrid half for Barça. Frenkie de Jong, perhaps not too accustomed to the centre-back position, made a few mistakes at the back. Ter Stegen bailed the Dutchman, and the whole defence many a time. The German, looking confident, stopped many one-on-ones and frustrated the opponents to death.

For Barcelona, their attack was too dull once again. They created chances and tried to shoot from distance, as portrayed by Ousmane Dembélé towards the end. Nevertheless, every Barça attack ended with the keeper making a save or nearly everyone. After stopping a Messi free-kick and a header from Sergi Roberto, Ruslan Neshcheret had to concede, and he did. It was Gerard Piqué, linking up with a cross from Ansu Fati, who doubled the lead. Barcelona were cruising in front without upping the tempo in the second half.

After making changes, Koeman’s side would concede to a devastating counter-attack. Ter Stegen, although having a hand on the initial shot, couldn’t save Victor Tsygnakov’s effort. After that goal, the Ukrainians suffered a bit, and Ousmane Dembélé deserved much better. The Frenchman’s effort from range came in vain when the Ukrainian in net saved it. Dembélé had a good cameo, where he tried to give more life to the game.

Victory or not, Koeman has to change many aspects of the plan. The team can’t give as many chances to a better team as they did today. The squad also has to switch on for 90 minutes, and not lapses of time. Overall, however, that makes it nine points from nine in a superb start in the Champions League for Koeman. On Saturday, the Culés have to show much more intensity and win by a more significant margin to get back to winning ways in the league.