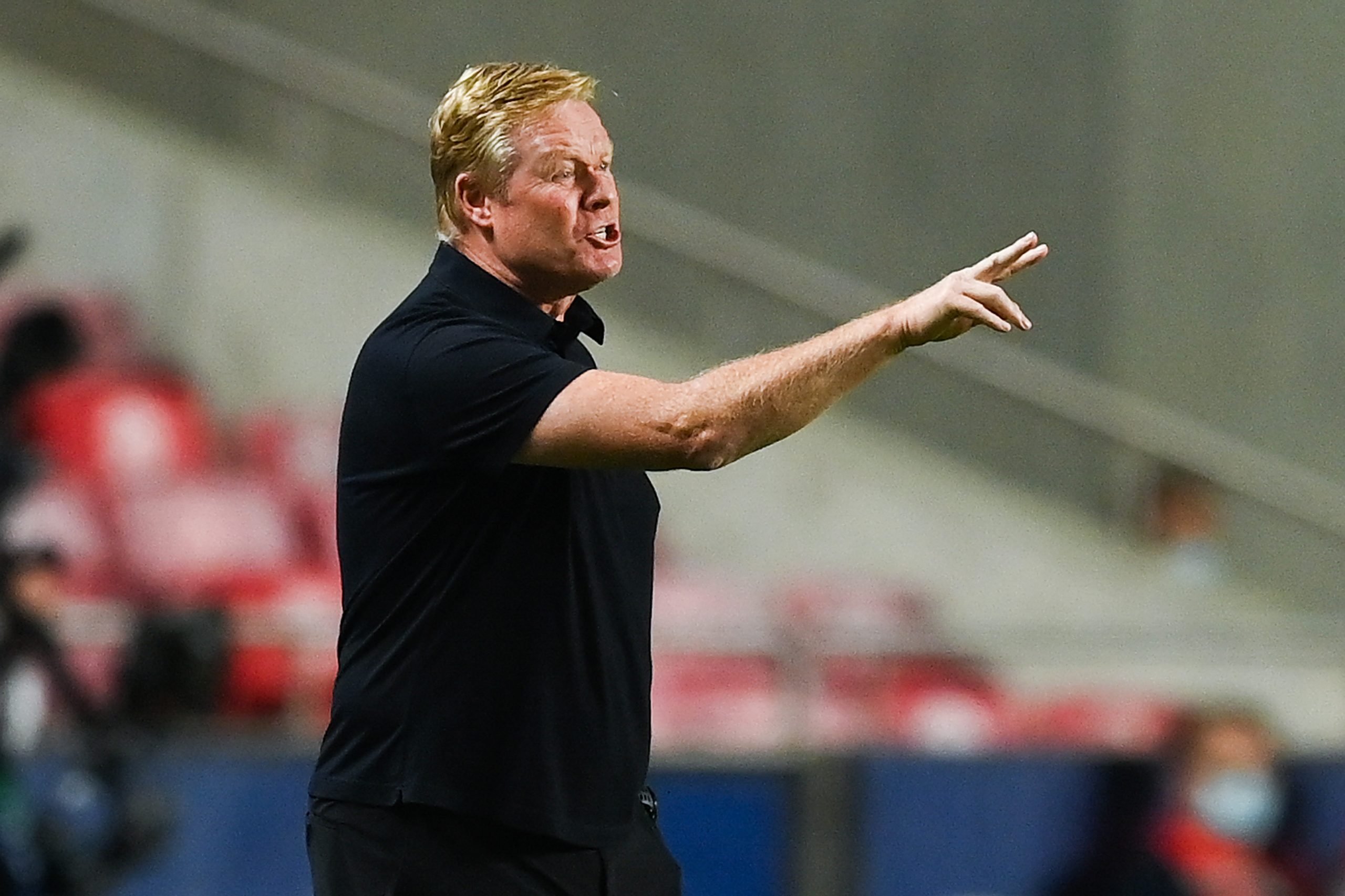 Barcelona continue to spiral under Ronald Koeman. After the midweek debacle against SL Benfica, they suffered yet another humiliation, this time at the hands of La Liga rivals Atletico Madrid, who beat the Catalans 2-0 at the Wanda Metropolitano on Saturday.

It was yet another unconvincing display from the Blaugrana, as they were shambolic defensively and failed to muster up any threat in attack. The result, coming in the aftermath of president Joan Laporta backing Koeman, has fuelled anger among the fans.

And, it seems like the dressing room, too, is turning on the 58-year-old Dutchman. Earlier in the week, reports had emerged that the Barcelona players were befuddled by some of the manager’s tactics while it has even been claimed that the gaffer was involved in a heated exchange with a senior team member after the Benfica capitulation.

The latest defeat, and Koeman’s actions in the aftermath, have seem to put further distance between himself and the dressing room, in spite of his insistence that he has the backing of the players.

Koeman’s comments against Nico did not go down well

Indeed, as per Diario AS, the Barcelona players have been left far from impressed from their manager after he decided to single out youngster Nico Gonzalez for criticism after the defeat to Atletico.

The youngster had a game to forget on Saturday night as he looked at bay from the off and was guilty of not tracking Thomas Lemar leading up to the opening goal. As a result, the 19-year-old was taken off at half-time by the manager, who watched from the stands due to his touchline ban.

Koeman then came out and criticised Nico, who was already said to have been low on confidence after his substitution. “You can’t leave so much space when we lose the ball and in midfield we need to track our marker, but Nico left Lemar alone Maybe now you understand why sometimes we’ve played with three at the back,” he said.

The former Everton and Southampton manager’s comments have not gone down too well with the members of the Barcelona dressing room. This is not the first time that Koeman has been critical of youngsters, having previously dished out criticisms to Riqui Puig and Oscar Mingueza as well.

Despite things being the way they are, with even the dressing room now not behind him, it seems like Koeman may still remain in the job, at least until the end of the season.