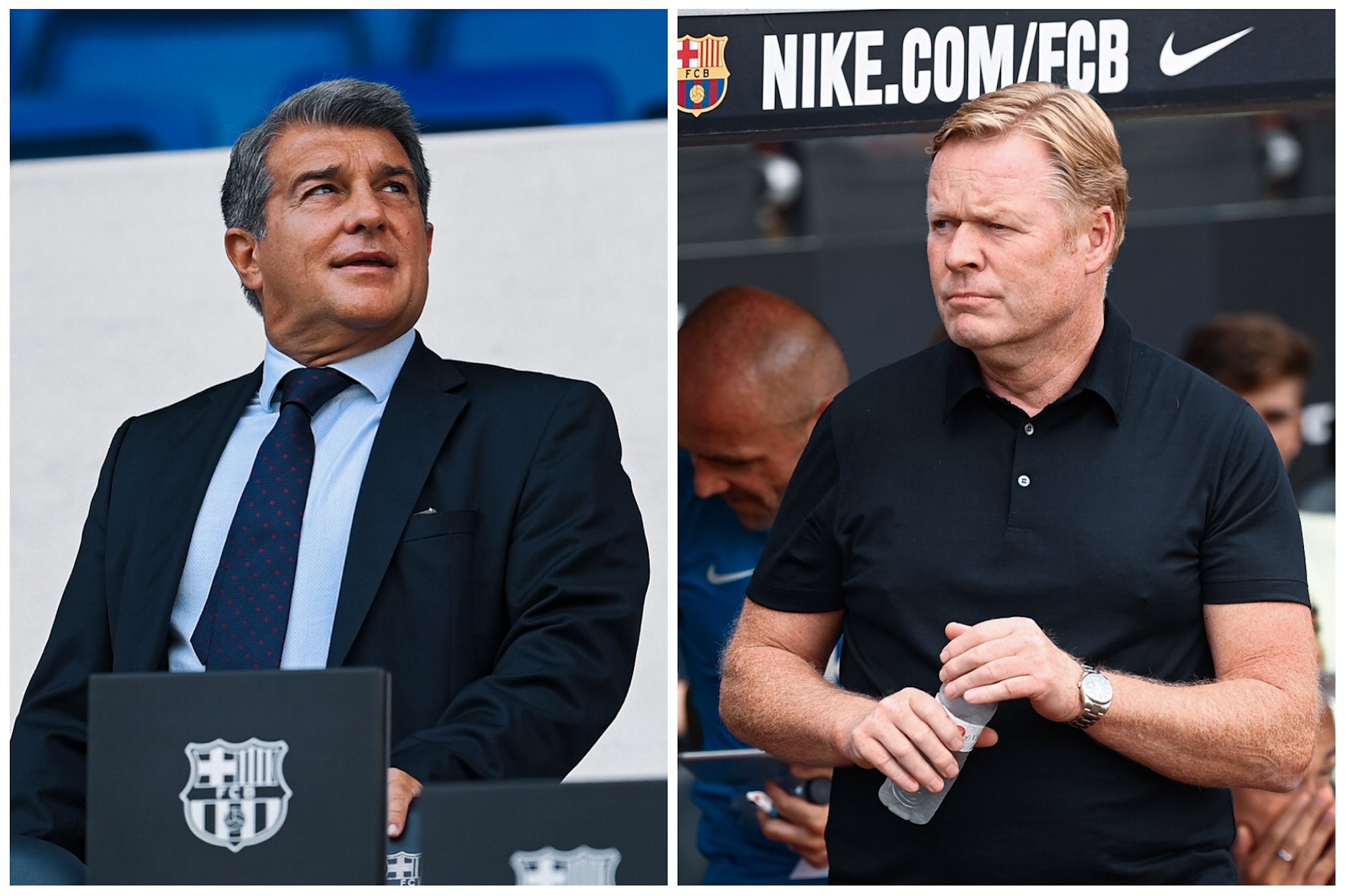 The subject of Ronald Koeman’s future at Barcelona continues to take fresh turns with each passing hour.

Only recently it had been claimed that the Catalan giants had already made the decision to axe him, irrespective of the outcome of the game against Atletico Madrid later tonight.

Replacements were also being scoured for, with a list comprising the names of Xavi Hernandez, Roberto Martinez, Andrea Pirlo, among others, being drawn up.

And, so, it certainly seemed like that the 58-year-old Dutchman’s time at Camp Nou was arriving to an end. However, there seems to be another twist in the tale if a fresh report from Cat Radio is to be believed.

Indeed, it is now being claimed that Barcelona president Joan Laporta has decided to back Koeman for the rest of the 2021/22 season and relieve him of his duties only at the end of the campaign, at which point a new manager will be brought in.

Furthermore, journalist Lluis Canut, who happens to be a close aide of Koeman, also spoke on Cat Radio, revealing that the manager had held a meeting with Laporta, during which he was able to win over the Barcelona president with his arguments, buying himself a stay of execution in the process.

Canut also said: “I sent him a message wishing him luck for the match, and he responded by telling me that it would not be the last.”

So, after days of speculation about when Koeman will be discharged of his duties and who will replace him, it looks like the Dutchman may well continue as the head coach of Barcelona for the rest of the ongoing campaign.