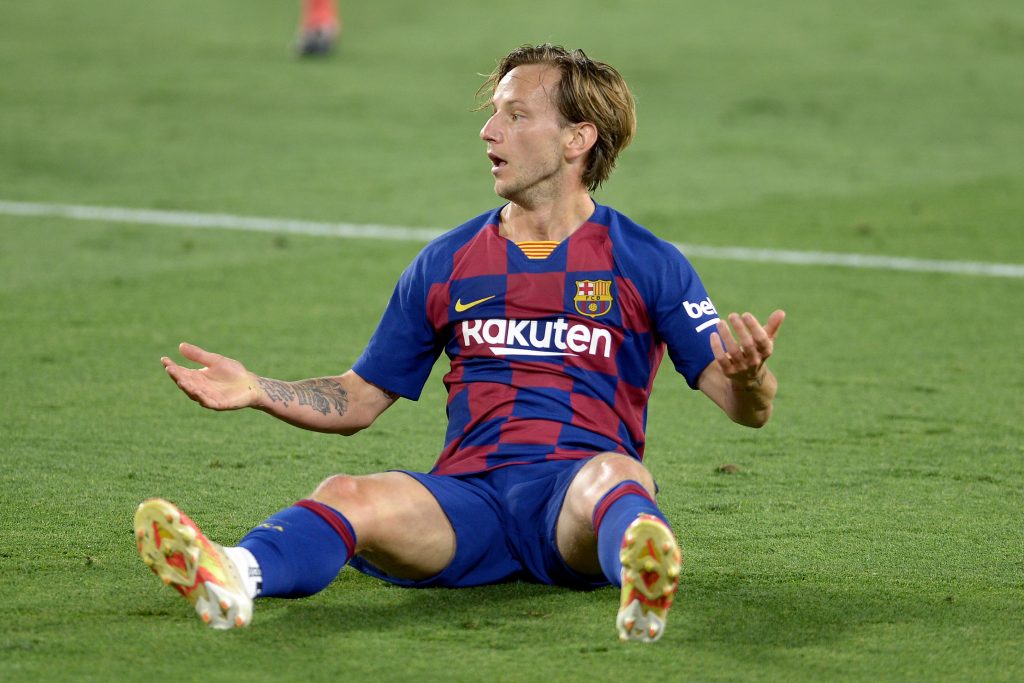 Even though his performances have been great in the latest games, Ivan Rakitic has been highly criticized in his past 2 seasons at FC Barcelona, especially during his time under Valverde.

Barça is in search in cash, and thus is looking for a new home for the Croatian midfielder. According to French Footmercato, the 32-year-old has been offered to Paris St. Germain. PSG, who are looking to strengthen their midfield, reportedly did not follow up on the proposal.

Rakitic has a contract with Barcelona until 2021, and with Arthur Melo’s exit to Juventus, another midfield player leaving the club is not as plausible as it was anymore. Besides that, his performances have been on peak recently: Rakitic was chosen man of the match against Athletic Club in which he scored the winning goal to secure Barcelona 3 points.

Two weeks ago, Rakitic told Marca in an interview that ‘he will stay with Barça’.

“I’m convinced that I’ll stay at Barcelona. 2 weeks ago, I contacted the club and we agreed that there’s nothing to talk about because I still have a contract with Barcelona and my wife and kids are happy here. I just want to enjoy and be happy. That comes by winning titles with Barcelona.”, said Rakitic.