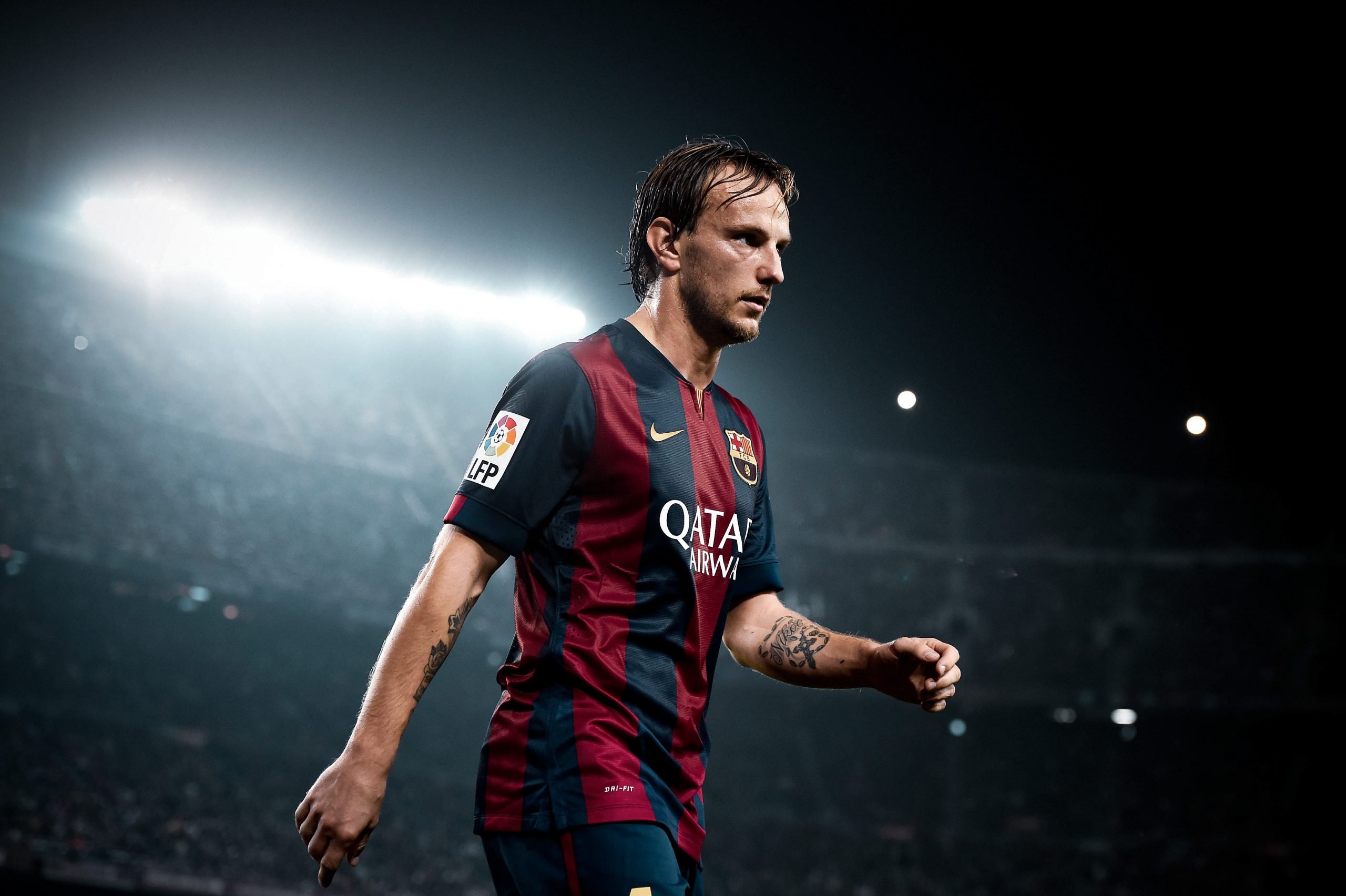 As Ivan Rakitić has sealed a move to Sevilla, his former club, let’s take a look at his career at Barça, where he spent six seasons as a starter.

Succeeding in football is the best feeling ever. Excelling at one of the biggest clubs in the world is a whole different story, however. In those clubs, you can go from hero to zero in the matter of seasons if you are not careful enough. One must play well in every game, which is an unrealistic demand, and, along with that, help the team with goals and assists if they play further up the pitch.

Barcelona has a history with great midfielders who were not always the most prolific in terms of goals and assists, but who are now in every conversation concerning the greatest ever. The culés also have a history with turning on their players. From Cesc Fàbregas to Ousmane Dembélé passing by Luis Suárez, who is currently mistreated by the board, and Ivan Rakitić, many have had an unfair treatment for many reasons. To hate on someone because of injuries or bad form is sad and turning on a legend because he has had a steady decline is childish. The last name on this list has had a severe treatment from the fans and is now out of the club for good.

The story of Ivan Rakitić is the tale of a blond boy from Basel who had to battle his way to the top, passing by Schalke and Sevilla to achieve untouchable status at Barça. The Croatian has spent the best part of the last decade defying the odds in Spain. After becoming captain of Sevilla in a few seasons where he won a Europa League title, Rakitić jumped ship in 2014 to become Xavi Hernández‘s replacement in Barça’s trophyless 2014 squad. It’s fair to say he fit like a glove in Luis Enrique’s system, playing as a shuttler and covering Lionel Messi’s and Dani Alves’ runs forward and always having a rocket in him.

In 2015, Rakitić entered the best midfielder in the world conversation as he destroyed everyone on the defensive side or with his insane right foot that could break a net. While he wasn’t the classical Barça player, Luis Enrique knew how to use his midfielder to the point where he didn’t need to touch the ball for more than a few seconds before releasing it perfectly towards a teammate or the net.

Even if Rakitić’s time at Barça was up now, he has been a magnificent servant for the club | Photo by Alex Caparrós via Getty Images

This 2014/15 was Rakitić’s best at Camp Nou, and he will be forever remembered as the one who opened the scoring against Juventus in the Champions League final, with his shot nestling into the net after Andrés Iniesta’s magic footwork. In the following campaign, Rakitić was still an unmissable addition to the squad as he had another insane course behind the MSN front three. This time, he was more attacking and scored many rockets, as per.

Barça’s 2015/16 ended with mixed feelings as the Catalans tanked it a bit after Zinedine Zidane’s appointment at Real Madrid and the blaugrana outfit lost the Clásico and the Champions League quarter-final against Atlético de Madrid. The squad only finished with a one-point advantage against Zidane’s men in La Liga. Still, Rakitić was one of the reasons Barcelona had such a comfortable advantage going into this lost Clásico, and he began to tire out a bit as it was clear Luis Enrique overused his Croat star in midfield.

After 2016, Ivan Rakitić was untouchable in Barça’s squad and played every game of the season, even if it meant he would lose efficacity. It was in 2016/17 where he showed glimpses of what was to come with some iffy displays all year long covered by some superb goals like that one in the 3–2 Clásico win at the Santiago Bernabéu. The 2016/17 term was meant to be a warning sign, as if Rakitić was beginning to signal that he was not a robot and, sometimes, the bench was a decent option to get him fresher and more prepared for the next games.

It was around this time where interest in the midfielder increased, and Barcelona could have made big bucks on him, but decided to opt against selling their star man, understandably. The next season was the symbol of overuse as Ivan Rakitić did not have a minute to breathe as he went in as the player with the most minutes between everyone in the World Cup. A World Cup where he excelled and reached the final as a star in Croatia’s midfield, battering Leo Messi’s Argentina squad en route to the final.

This is where, after three quarter-final exits and humiliation in Rome in 2018, Barcelona should have possibly cashed in on their midfielder, who was in Paris Saint-Germain’s books to strengthen their squad. Rumours of exorbitant fees began and, if they were right, Barça should have sold Rakitić, first for financial reasons and then for the football.

Now Rakitić will be heading back to Sevilla, where he shone between 2011 and 2014 | Photo by Cristina Quicler / AFP via Getty Images

After 2018, nothing was ever the same for Rakitić, where Ernesto Valverde continued the trend of overusing his player at the detriment of the squad, getting humiliated twice in a row in the Champions League. Rakitić was, inexplicably, the first in the teamsheet for every important game of the year. Nevertheless, despite not being his old self and tiring out a bit, his solitary goal in March 2019, where he chipped Thibaut Courtois, was enough to win a heated clash against Real Madrid and give Barça the 2019 league title.

For that, Rakitić will always be rated at the Camp Nou, where he made a name for himself, and it wasn’t because of him that things went south. His 2019/20 campaign will be remembered as his worst one in a while, as he began the term on the bench and played awfully before lockdown. After the break, he looked revitalised and even scored the winning goal in Barça’s narrow 1–0 win against Gaizka Garitano’s defensive Athletic Club de Bilbao.

Now that he is almost officially a Sevilla player, Rakitić’s story at Barça will always be remembered thanks to moments where he showed heroic qualities and gave culés a smile on their face. Hopefully, now, Ivan Rakitić will be touted as one of the greats to have graced the pitch in Catalonia.