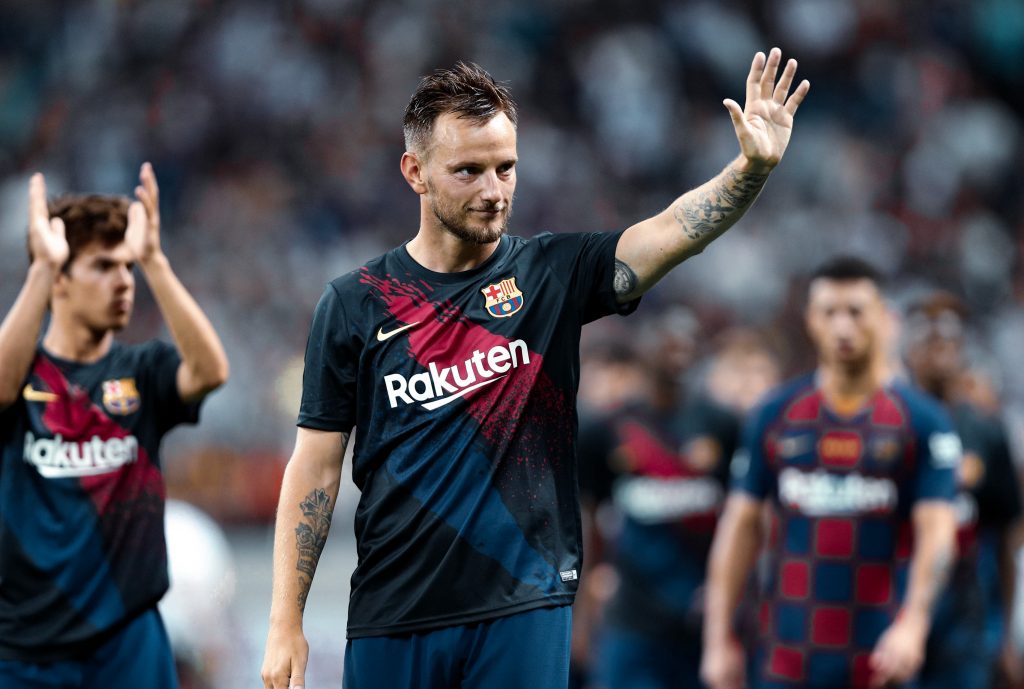 After a secondary role at the start of the season, and after being close to an exit in each of the past transfer windows, Barcelona midfielder Iván Rakitić has experienced a commendable resurgence after the coronavirus break.

Iván Rakitić. A name that often fires up even the most saintly supporters of Barcelona. In all likelihood one of the most hated players of the squad in recent times, there are innumerable agendas against him. The hatred has spread as fast as a pandemic, and really for no fault of his. The dissatisfaction was justifiable to an extent, attributed to the fall in agility as he aged. To add to that, his inability to thread forward passes at crucial moments was something rather disappointing. But putting all these hindrances to one side, he has stepped up when the team needed him the most, proving exactly why he is valued so highly by coaches and teammates alike.

With Frenkie de Jong seemingly out for a few weeks, Barça find themselves in a rather uncomfortable situation. Playing a game every three days is no mean feat; every player is a bag of gold at this stage. The Croat is undoubtedly massively underrated at this stage of his career and, of course, heavily criticised. It is important, however, to give absolute credit where it is deserved.

After a tough start to the season, Iván Rakitić has had a resurgence lately and is earning a spot in Barcelona’s starting XI again | Photo by Carlos Sánchez Martínez / Icon Sportswire via Imago

On what seemed another desolate and despicable night of football against Athletic Club on Tuesday at the Camp Nou, he gave the city of Barcelona another reason to celebrate on St Johns eve. Needless to mention, his sumptuous strike just six minutes after coming on was more than just a perfect birthday present for Barcelona’s prodigal son, Lionel Messi.

Rakitić said after the game: “Well, it was an important goal. It was a tough game – it was hard for us to open the game up. Athletic played really well, we have to admit that, but at the end of the day our moment came and I am absolutely delighted to get my first goal of the season at last”.

“I want to dedicate the goal to my wife and daughters, who have had to endure me for the last few months. I am angry that my first goal in La Liga this season came so late”

To be fair, his contribution goes far beyond just the winning goal against Athletic Club. Over the last two or three matches, there has been an evident shift in manager Quique Setién’s tactics. This has seen Barcelona press much higher up the pitch than they used to before, pressurising the opposition at the level of their centre-backs itself. This is much more conspicuous in the first 30-odd minutes of the game.

A major chunk of responsibility for this high energy press to win the ball back has fallen on the shoulders of this man. Right from the encounter with Leganés, Rakitić has played an active role in not just ball retrieval, but in connecting the defensive lines to the attacking third. His pace can be questioned, but his efficiency and dedication cannot be doubted. The verticality in his passing range has been on the rise.

Most importantly, though, Iván is showing how important it is to flow with the system at Barcelona. Having been at the club for a reasonably long time, he certainly has the trust of all players. He effortlessly combines with all the homegrown players, including Messi, often in scintillating one-twos. His energy has been crucial in maintaining possession of the ball, which is all the more important when the team lacks creativity in the heart of the midfield and width at the spearhead of the attack.

Quique Setién once again reiterated the Croat’s importance in the team in his post-match press conference after Tuesday’s win: “He came in in the second half for the Busi [Sergio Busquets] card. He has done it frankly well. He understands football very well. He has placed himself well, has stolen balls and has joined a definitive action. I am very happy for him”.

If there was ever a right time to step up, this would be it. With such a congested fixture list up ahead, it is vital that all the players stay at the top of their game. Undoubtedly, this resurgence from a rejuvenated Iván Rakitic can be nothing but a blessing for the club.