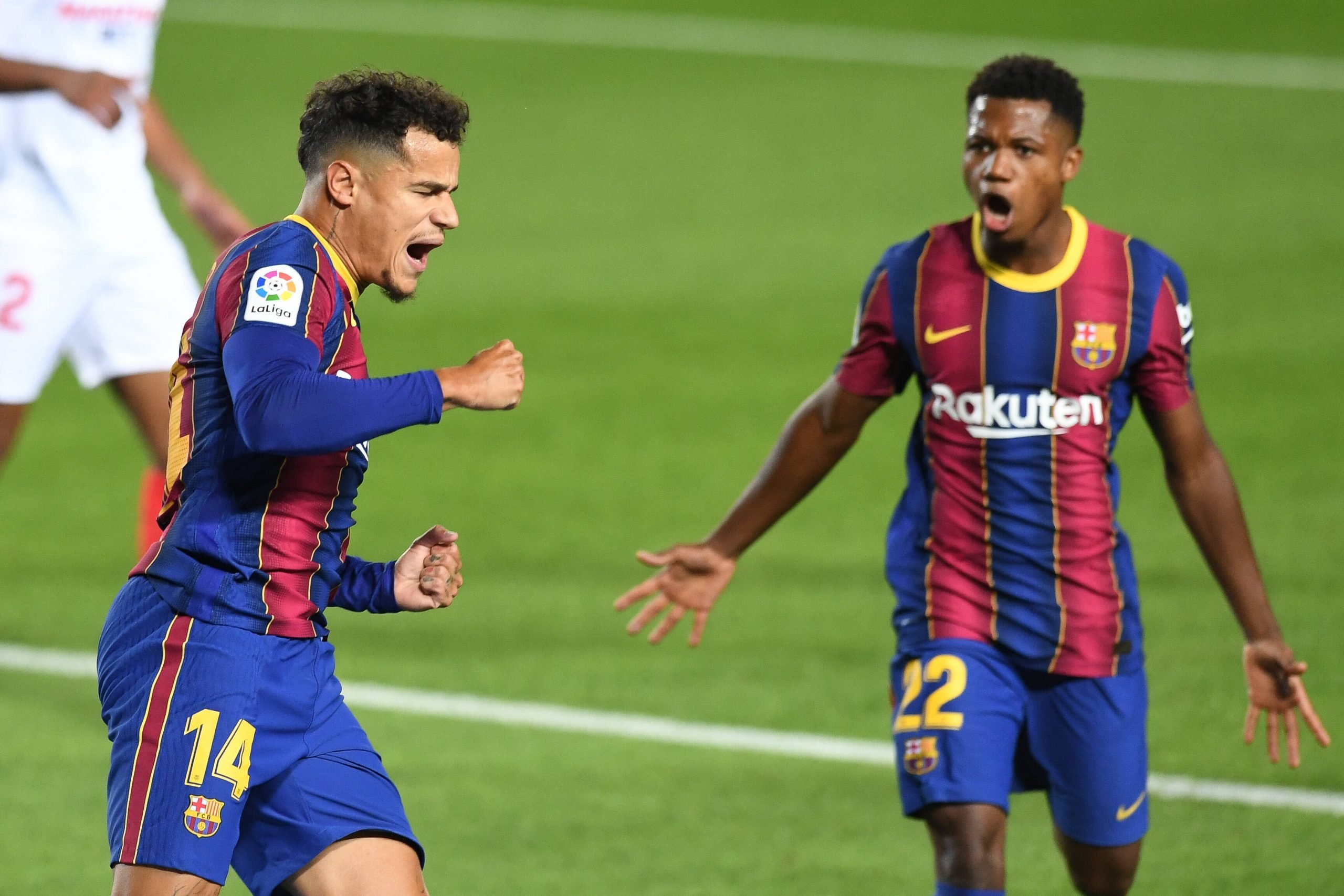 Barcelona have been hit with more bad news on the front of Ansu Fati and Philippe Coutinho’s injuries, according to latest reports by Mundo Deportivo. It seems as though the winger and the midfielder will not be making their return to action this season.

A little less than a week ago, the club confirmed that Coutinho travelled to Brazil to receive further treatment on his knee injury. The midfielder has been out of action since December after he damaged his meniscus during the clash against Eibar in La Liga. Since then he has faced repeated swelling of the knee, which is not a good sign during recovery.

Ansu Fati has also encountered major roadblocks during his recuperation from the damage he suffered to the internal meniscus of his left knee. Fati has been sidelined since November and has reportedly undergone more procedures after his first surgery. The youngster has had a rocky road to recovery but he aims to return as soon as possible.

The injury woes for Barcelona seem to keep piling on outside of these two long term absentees as well. Earlier, reports came out stating that Gerard Pique’s recovery has also suffered a setback, ruling him out of the La Liga clash against Real Valladolid and perhaps also the El Clasico against Real Madrid.

Substitute goalkeeper Neto is also unavailable due to an injury he picked up in training. Sergi Roberto is expected to return soon, although he has not received official medical clearance yet.

With the home stretch of the La Liga season underway, Barcelona will be hoping these injury troubles won’t come back to haunt them in their pursuit of Atletico Madrid atop the standings, who are gradually dropping off.