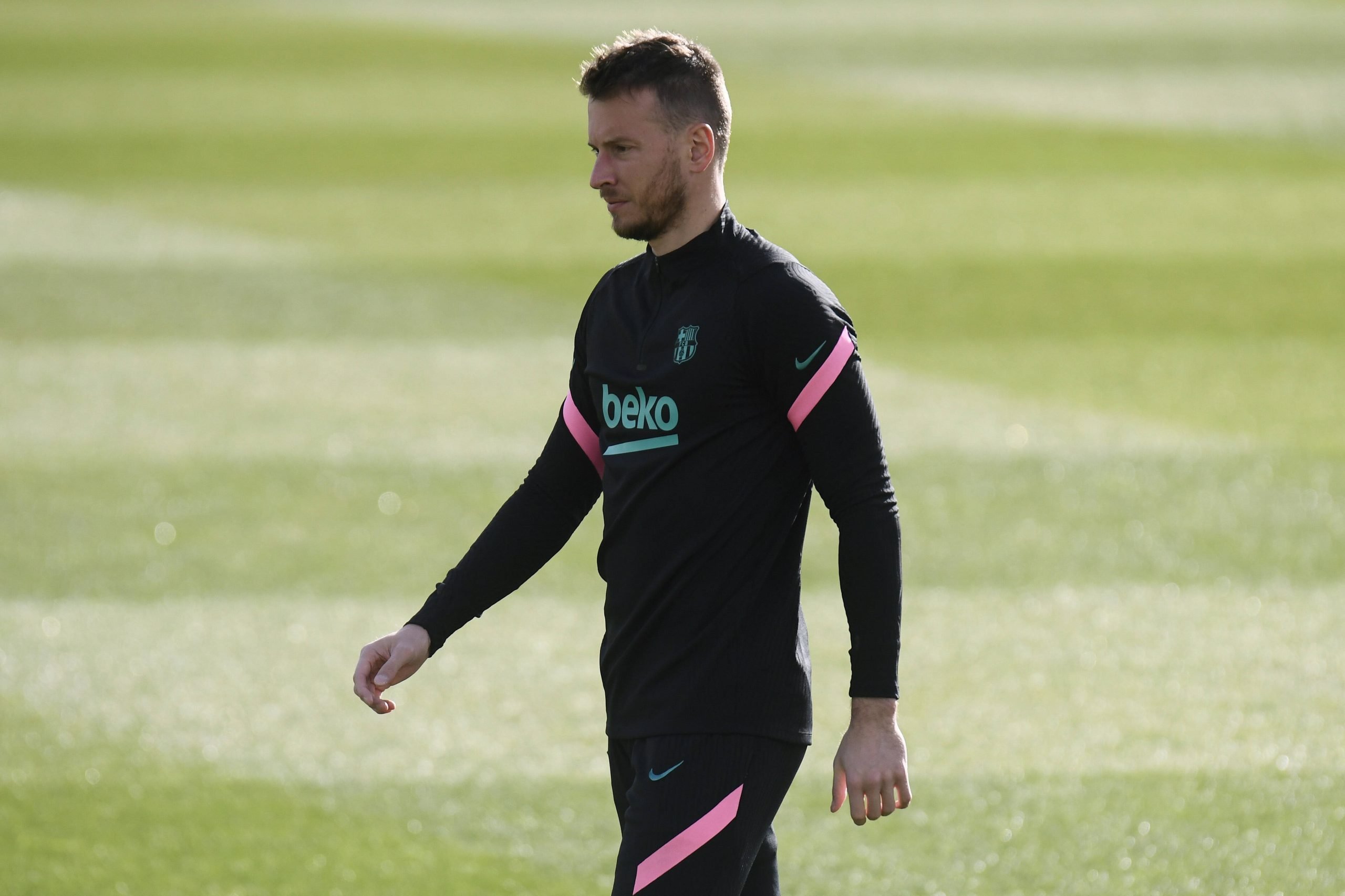 Photo by Bagu Blanco/Shutterstock via Imago

FC Barcelona have confirmed that goalkeeper Neto has picked up an injury in training. The 31 year old shot stopper has suffered from an ankle sprain, the club announced.

As is always the case, Barcelona have not provided a definite time-frame for his spell on the sidelines, stating that the evolution of his recovery will determine his availability.

The Brazilian has made six La Liga appearances, two Copa del Rey appearances and three Champions League appearances for Barça earlier this season. He was between the sticks in the absence of Marc Andre Ter Stegen, who had undergone surgery at the end of the 2019-20 season.

Neto has been a capable deputy, with five clean sheets across all his appearances this term. However, his last outing came all the way back in late January against Rayo Vallecano in the league. Ter Steven’s return from injury and consistently stellar form however has unsurprisingly seen him keep his number one spot unchallenged.

Neto has also been linked to a move away from Barcelona for a while now, with clubs like Arsenal lining up as potential suitors, who have gotten a 15 million asking price from Barcelona to secure his services. The former Valencia man’s future in Barcelona is still very uncertain.

As for now, hopefully, his injury is not too serious and he returns to action soon. In his absence, Barcelona B keeper Inaki Peña will play the second fiddle to Ter Stegen.