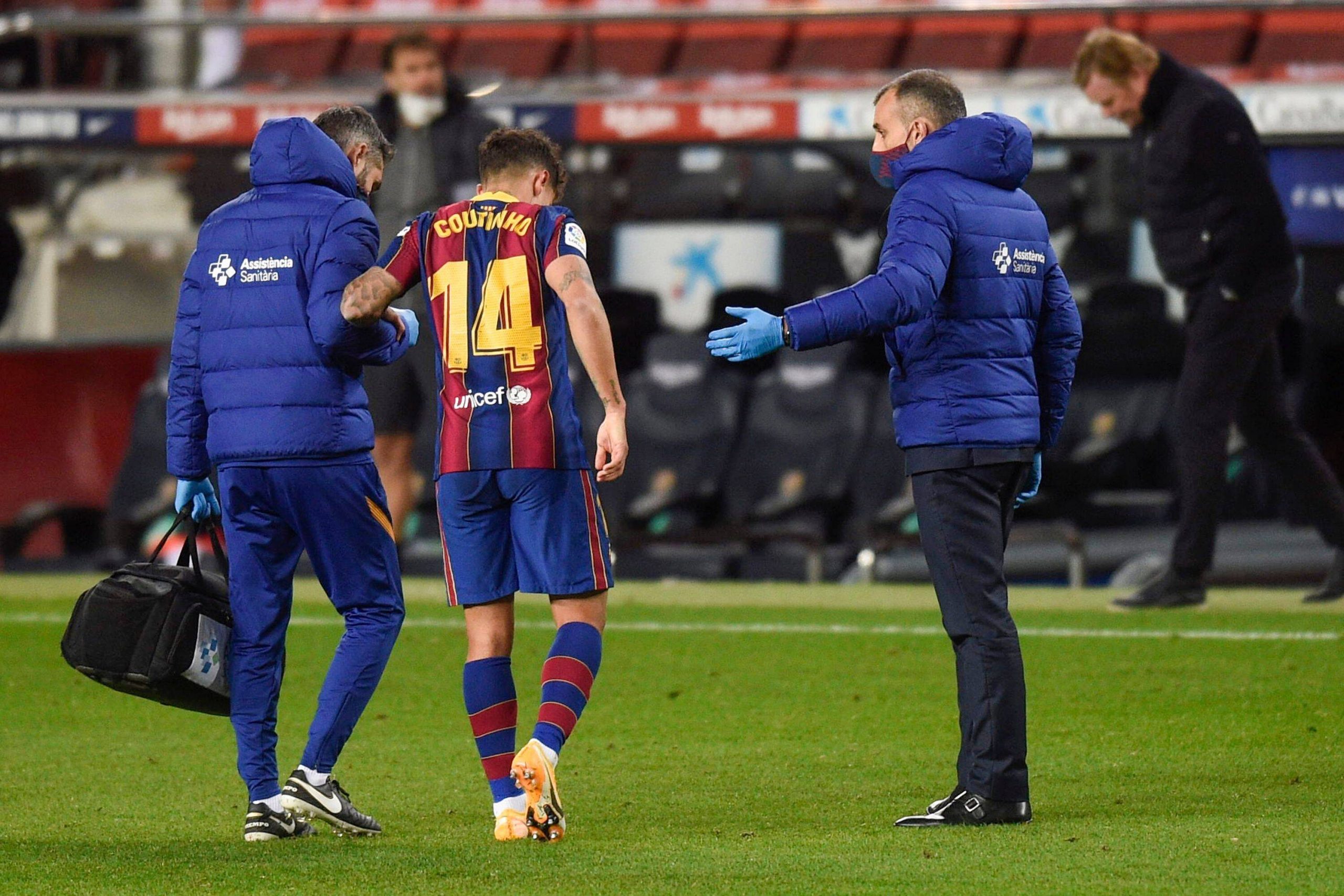 FC Barcelona have confirmed that midfielder Philippe Coutinho has travelled to Brazil in order to undergo further treatment on his knee injury. The Brazilian has been sidelined since the 29th of December after sustaining damage to his meniscus in a La Liga game against Eibar.

Barcelona’s record signing has struggled for form and fitness ever since his 142 million euro club record signing. He is now largely considered dispensable and reports are regularly highlighting that the midfielder’s sale in one of the club’s priorities in the summer transfer window.

READ: Opinion: Coutinho’s time at Barcelona is over

Since arriving from Liverpool, Coutinho has made 90 appearances for Barcelona. After his first full season with the club did not pan out as well as one would’ve hoped, he even spent a season on loan at Bayern Munich. After returning, he showed some signs of promise but his injury troubles have persisted.

Journalist Samuel Marsden, a Barcelona correspondent has also confirmed the midfielder’s return to Brazil for further tests and treatment. Marsden reports that Coutinho was also in Qatar last week for a second opinion.

The repeated swelling in his knee has reportedly hindered the 28-year-old’s recovery process. It is seeming increasingly likely that the Brazilian will be ruled out for the rest of the season which is very unfortunate news indeed.

However, there has also been repeated speculation that even if Coutinho were to return from injury, Barcelona will avoid playing him. This is in order to avoid paying further appearance-based variables to Liverpool which are still pending.

The former Liverpool man has made 14 appearances across all competitions this season for the Catalans, scoring three goals and notching two assists.