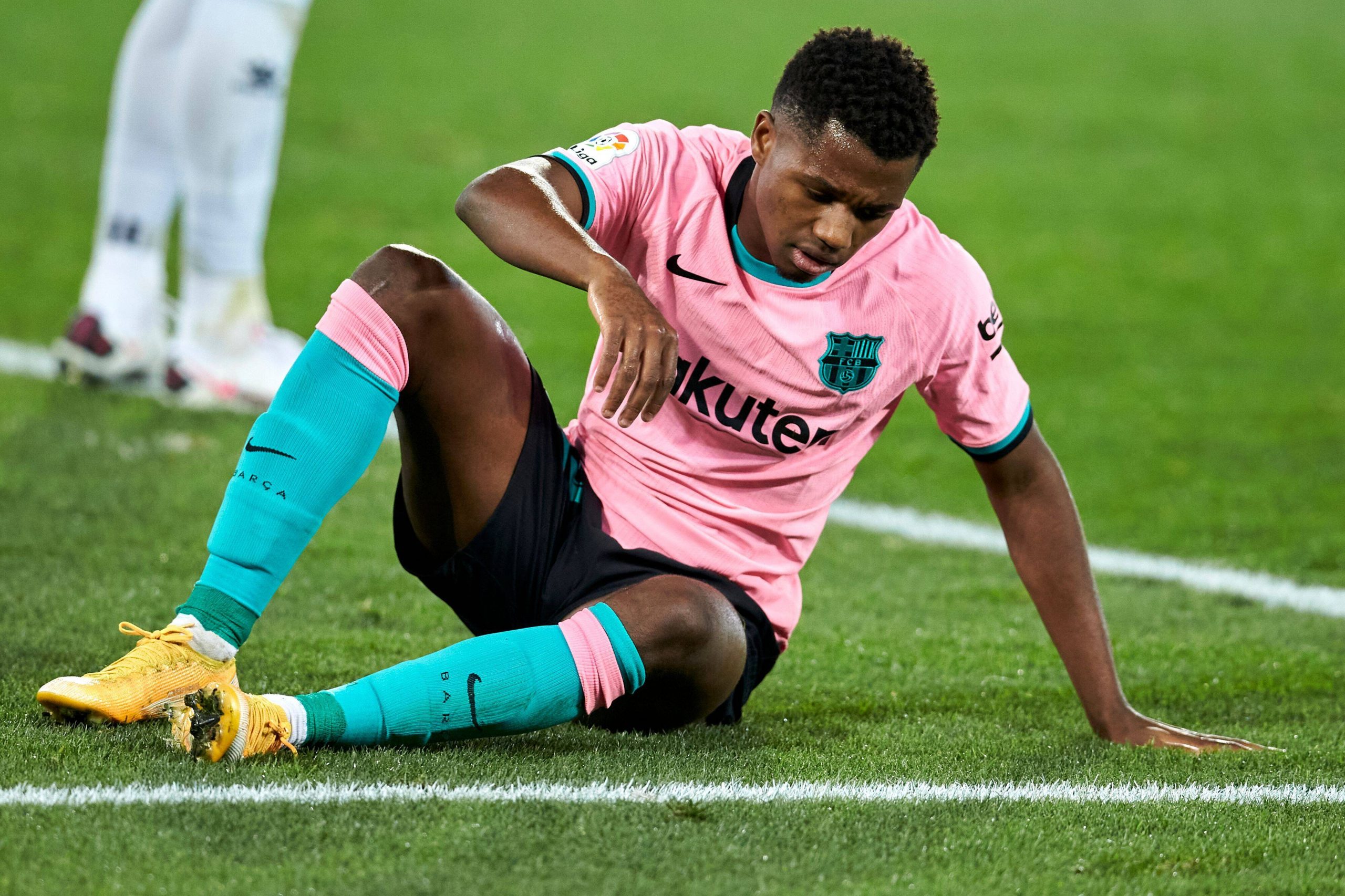 According to latest reports coming in from AS, Barcelona defender Sergi Roberto and young sensation Ansu Fati have both travelled to Madrid a few days ago to continue their recoveries under the counsel of the Spanish national team’s physiotherapist Raul Martinez.

Both Roberto and Fati have endured very turbulent seasons in terms of injuries. Ansu Fati sustained significant damage to the internal meniscus of his left knee back in November and has suffered setback after setback and has had to undergo one surgery after another to treat his persistent issues.

While far less serious than Fati’s, Roberto’s injury issues have also been relapsing constantly since he first picked up a niggle to the tendons of his right thigh back in November as well. In Barcelona’s 3-3 draw against Levante, he suffered the latest relapse, which has ruled him out for at least a month amid speculation that his time at the club has come to an end.

After his latest surgery in Portugal, Fati has decided to continue his recovery away from the Ciutat Esportiva and the club’s medical services in the short term. The decision to work with Raul Martinez is a good one since the renowned physio is a great friend of Barcelona legend Carles Puyol and had also assisted a lot with the iconic Andres Iniesta’s recoveries back in the day.

Roberto has also decided to take Martinez’s aid in his recuperation and has joined the physio in Madrid a few days ago too. While, Roberto’s future is unclear at the moment, hopefully he recovers from the constant thigh issues to stay fresh for next season.

As for Fati, the teenager wants to start with a clean slate and do whatever it takes to be fit and ready for pre-season with the Barcelona squad.