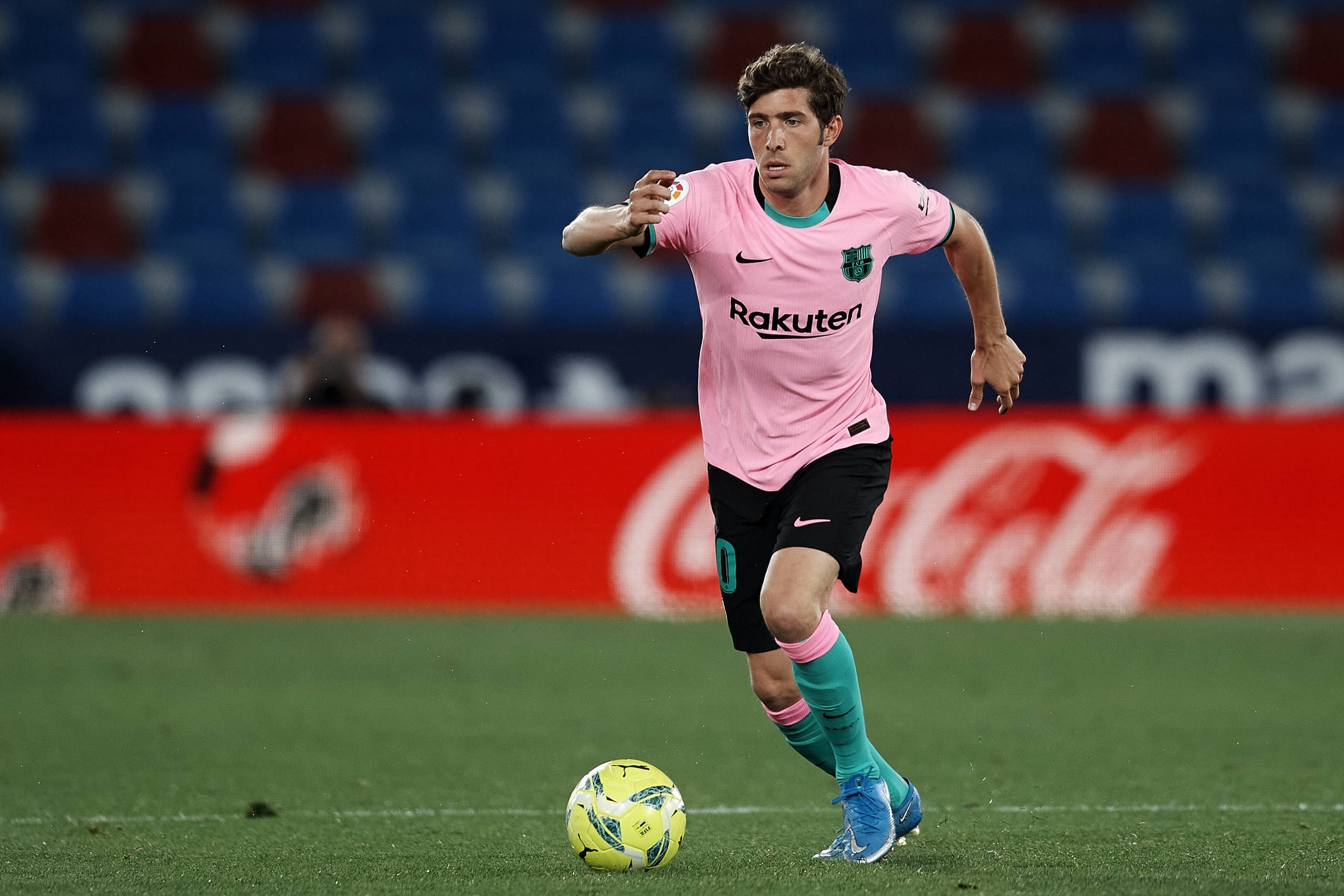 Sergi Roberto has had a season to forget so far, in all forms. He endured three long-term injuries and registered a string of poor displays whenever he stepped on the pitch. According to Sport, the newly elected board does not consider Roberto to be a part of Barça’s future. Joan Laporta has already stated that come summer, there will be a massive overhaul to the current first-team squad.

Earlier reports from Spain stated that the board plans to extend the Catalan’s full-back contract with reduced wages. However, with Emerson’s possible arrival, the decision to discard Roberto does not seem to be an absolute shocker. With two young promising full-backs in the squad, the playing time for Roberto would be surely limited.

Given the astronomical wages of Roberto, it’s wise to let him go almost immediately. The biggest complication in his departure would be his contract which runs out in June 2022. It’s unlikely that any club across Europe will be willing to pay the Barça full-back what he earns currently.

If Roberto does not get any suitors in the summer window, he will be free to negotiate with any club as a free agent in June 2022 – when his contract runs out. That is, without the Barça coffers receiving any financial injection for his goodbye.

This has been the worst season in recent years for the Spaniard. he has only played 1198 minutes across all competitions – his lowest number since the treble-winning season in 2014-15, which was also the penultimate season of Dani Alves. Roberto is also aware of his poor form as he posted an emotional message on social media after the injury, which cut his season short:

“When things go wrong, you have to get up and do everything you can to change it. I am going through difficult times, physically and mentally. With work and positivity, I want to go back to enjoying what I like the most.”

Roberto has proved to be one of the most versatile players Barça has ever had. He could still prove to be an important part of the future, however, the board believes that his time at Camp Nou has come to an end.