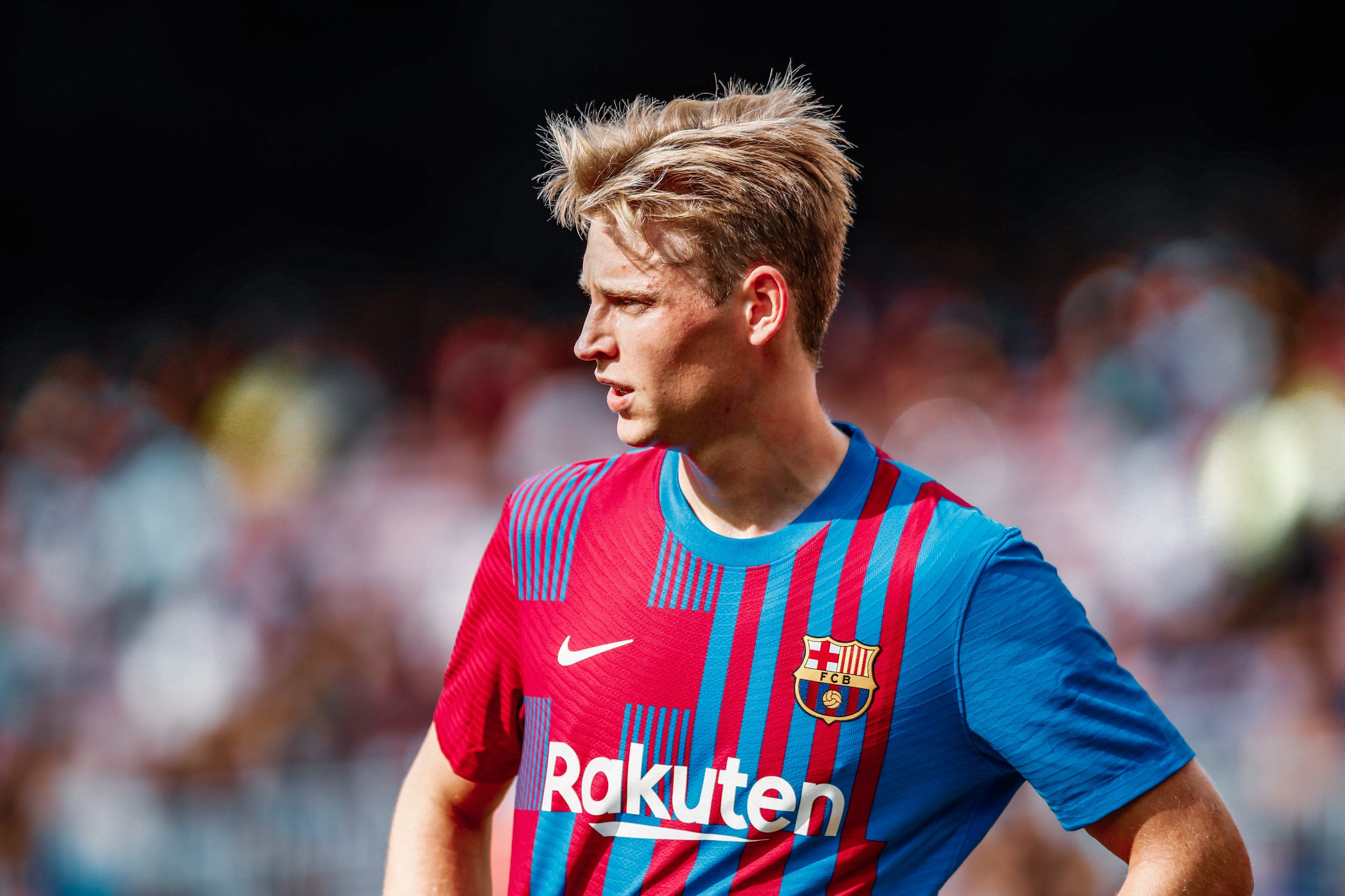 As Ajax Amsterdam began to pave their way through the Champions League knockout phases in 2019, the world of football had to turn its head to notice. Amongst many potential stars in red and white, two players names kept emerging in conversations: Matthijs de Ligt and Frenkie de Jong.

As the aftershock of Josep Maria Bartomeu’s reign continues to shake Barcelona – the biggest tremor being Lionel Messi’s departure – one thing the controversial president did succeed in doing right was bringing de Jong to the Camp Nou.

The young Dutchman had Barcelona written all over him and now would follow the same path as Ajax and Barça icon Johan Cruyff – a poetic tale to be told at the conclusion of his career.

Last season was the first glimpses of the destination in which this young man’s career was heading in a Blaugrana shirt. De Jong was instrumental in Ronald Koeman’s Barcelona side, especially after Christmas, and it was rewarded with a player of the year award at the finish.

FdJ was bound to become the leader of this squad sooner or later, and but this responsibility arrived a bit sooner than he might have expected, having expected Messi to stay for at least two more years. The Argentine was the man to pull Barça out of the fire, but the last two games showed that it is now Frenkie de Jong.

Showing heart and fight in trying to escape the grip of an aggressive Athletic Club side at San Mamés and led from the front against Getafe, the 24-year-old is going to become a notable figure in Barcelona’s history.

A far from ideal start

So how did we get here? Frenkie de Jong’s first season at Barcelona was not an ideal one for a young man at the tender age of 22. Moving to a new city and a massive club with serious problems behind the scenes, having a manager sacked halfway through the season, a non-harmonious dressing room, and to then have to cope with a global pandemic on top of all that; it was not the perfect setting to perform.

Under both Ernesto Valverde and Quique Setien, de Jong was used as an interior in a 4-3-3 formation. The difference in shape to both Ajax and his national team meant that the Dutchman would have to sacrifice the only defensive midfield role in the team to Sergio Busquets, therefore spending the season in a new position.

You look at de Jong now, and he can play anywhere in midfield and not only the midfield but even as a centre-back. That was not always the case, though, as it took some time for him to adjust throughout the 2019/20 season.

Both managers expected this new arrival in a position that was new to him, to act as Busquet’s legs, whilst also helping to create chances at the other end; a task that was simply too much at times, and it bred inconsistency.

De Jong would still prevail at times with some solid performances, and most importantly, the youngster always kept his tools sharp. He completed 92.5 % of his passes in La Liga that season, with a rate of 91% completed in the oppositions half. Whilst defensively made 30 tackles, 24 blocks, and pressed the ball 313 times throughout the campaign, this was his bread and butter, and it would be vital in how he progressed from here.

The arrival of Ronald Koeman was a huge boost for Frenkie De Jong at Barcelona, with the pair having worked together with the Dutch national team previously. Before a ball was even kicked, the youngster was going to be one of the teacher’s pets and would be one of the first names on the team sheet.

Koeman planned to use de Jong in one of the pivot positions in a 4-2-3-1, a return to a system the Dutchman was used to at Ajax. However, things would not go as planned, as Barça started the season below par and the former Ajax sensation failing to influence matches from this role. Like the year before, he was asked to do both defensive and attacking duties, which once again suppressed creativity and led to inconsistency.

Suddenly things changed, as Koeman’s Barcelona went on a run of 19 games unbeaten in La Liga, putting the Catalan side back in the title race. De Jong started this run off with an assist against Levante, a run that would see the Dutchman score three goals and bag four assists, all whilst playing as a central midfielder.

Koeman switched to a 4-3-3 and then to a 3-5-2 in this timeframe, which gave de Jong a lot more attacking freedom, and it thoroughly paid off. His work rate both defensively and offensively essentially made him the heart of the team, as everything went through him.

The Supercopa semi-final against Real Sociedad and away to Elche are perfect examples of this because Lionel Messi was absent.

Against La Real, de Jong was invaluable in the final third, scoring a spectacular goal off a tough cross from the now-departed Antoine Griezmann. While Barcelona conceded an equaliser, he contested for each aerial duel, loose ball, tackle, and shot with determination, eventually pushing them through to the finals.

Against Elche, the youngster was once again immaculate. Grabbing a goal and an assist, making effective runs into the box, and progressed the ball with ease; all essential when a certain Argentine is missing.

The second half of the 2020/21 season not only established him as one of the best players in Barcelona but one of the best in the world. Only Messi could be argued as a player who performed better, and now that Barca’s greatest ever player is gone, this team needs a leader, and it is going to be Frenkie de Jong.

Time to be a leader

Saturday night, a fortnight ago, was a tough one for Ronald Koeman and his men as they travelled to the ever-difficult San Mamés to face Athletic Club. Barcelona were second best for most of the night and can count themselves lucky to come away with a point.

The pessimism surrounding the Catalan side reared its ugly head again in the aftermath, after the positive start on the opening weekend against Real Sociedad. Amongst all this, the performances of Barça’s Dutch duo, Frenkie de Jong and Memphis Depay, offered a grain of optimism.

As Bilbao pinned Koeman’s side back in the first half, de Jong hustled in midfield, trying to win the ball back and progress it forward to the front line.

It was the second half, however, where he truly shone through. The Dutchman seemed to be the only one providing the team with any energy, single-handily trying to turn the momentum in Barça’s favour. It took a while, and the Catalan side would find themselves a goal down before the 24-year old’s efforts were rewarded.

He would continue progressing the ball but now found himself in more advanced positions and with space to run into as Marcelino’s men began to tire. The midfielder hit the crossbar with a cheeky lobbed effort, poked the ball to Sergi Roberto for a pre-assist to Depay’s goal, and played in his fellow countryman for what was the best chance of the half – a chance that helped settle scores.

A truly inspirational performance from de Jong, the likes of which Lionel Messi used to offer. It was a real statement to the rest of the squad, where he announced himself as the main man. This Barcelona side needs a leader, and it is there for the taking. The question over the last few weeks has been who will take over from Messi? Saturday showed that Frenkie De Jong is the man.