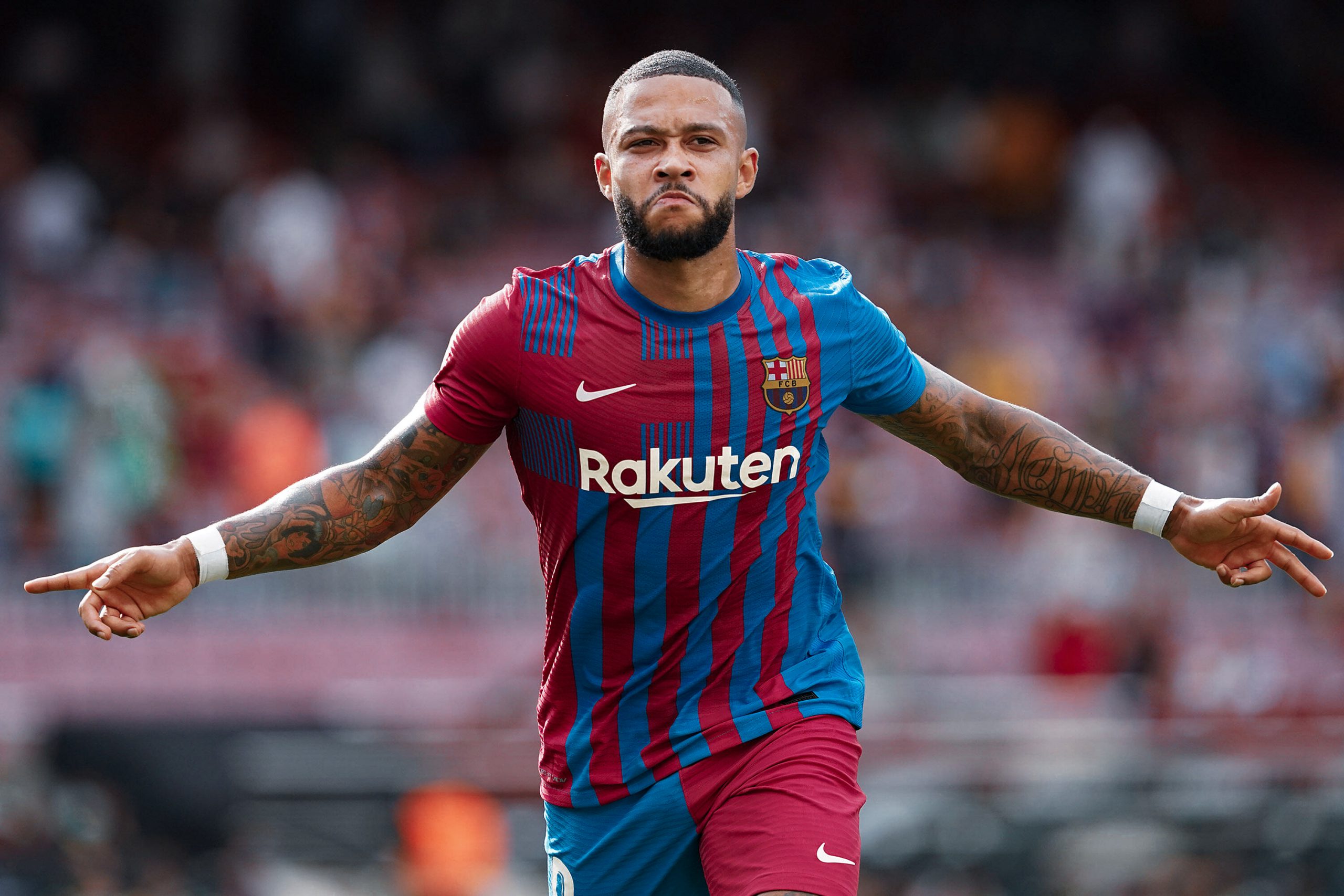 Footballers, over the years, are known to have invented a wide array of iconic celebrations. From Cristiano Ronaldo’s trademark “Siii” to Lionel Messi’s point toward the heavens, it is perhaps Memphis Depay’s unobtrusive celebration that encapsulates his play-style and mindset best: silencing the external noise and simply going about his business.

He stands still in a swiftly advancing environment as his roar ceases the blaring prattle around him, perfectly embodying the man he is today.

“Basically focused tunnel vision,” is how Depay himself describes it. Not feeling the heat of the media or the expectations of filling the void of the greatest of all time, the Dutchman has seamlessly managed to assert himself as the main man in a dispirited Barcelona side.

For a player not only bought on a free transfer; but also with limited expectations, Depay has walked the walk in an awe-inspiring manner. Every moment the 27-year-old rattles the back of the net is an opportunity to pay a testament to his dedicated outlook as he pulls out his recognizable celebration.

He remains unfazed by what goes around him, and this stoic personality has allowed Barcelona’s new signing to make a mark this early for the club.

Settling in with style

The former Lyon talisman created an instant impression for Barcelona in the pre-season with prominent displays, goal contributions in all his encounters and a beautifully struck volley against Stuttgart. Heading into La Liga, Depay was already the talk of the town and a force to reckon with. Such dependable displays proved to work in his favour, with players constantly searching for him.

Proving to be the metronome of Barcelona’s plays, it was Memphis Depay the team repeatedly sought to adjust the rhythm of the first game against Real Sociedad. In the world of music, metronome practice helps internalize a clear sense of timing and tempo. It can be sped up or slowed down, aiding the conductor to mark an interval – a moment to pause.

Depay was tasked to embody this role on the field, enforcing a steady tempo by enabling the team to increase the flow of possession in subtle increments or vice versa. Despite new signings at Barça typically taking time to acclimatize to the club’s needs, Depay’s actions instead alleviated the Catalans’ deficiencies.

Depay, similar to the musical instrument, marked the path forward. His positional flexibility to drop deep and collect the ball while choosing the right moments to speed up the play or momentarily bring a sense of pausa amidst the chaos brought great stability. The spaces La Real left were exploited so cunningly mainly because of the fluidity added through Depay.

The Dutchman was not often seen blitzing past his opponents, but this lack of speed did not come at an opportunity cost since his first touch would be enough to find an opening. Passes were precise and ideal for the moment, with quick combinations between him and players on the left channels a common occurrence. If one does not possess searing pace, their intellectual ability can always make up for it; this speed of thought distinguished Depay most notably.

Even in transition, his body orientation would be perfect for immediately laying off the ball to a surrounding player. Not requiring time to take an excessive amount of touches or waste time scanning the field once in possession exemplified his performance; he had a map drawn in his head from the very first moment.

He may have had no goals to show for, yet it was an imposing display from the dazzling Dutchman. While Depay’s assist for Piqué indeed earned him a goal contribution, his exhibition contained far more influence than just that particular moment. From flicks in merely the first few minutes of the game to occasional nutmegs, the Camp Nou was greeted with a new king.

As the second game of the season commenced against Athletic Bilbao at the San Mames, Depay was, once more, crucial in salvaging a point for the men in languid lavender. It was not a pretty performance from the Blaugranas, nor could Depay exactly conceal the flaws in defense, but he came clutch when it mattered most.

In the 75th minute, with the lead still in Bilbao’s hands, Sergi Roberto lofted a ball to Depay, who, without hesitation and a couple of crisp touches, blasted the ball past Agirrezabala to level scores.

In the game against Getafe, the Dutchman arrived once more with an air of inevitability around him. With the visitors looking far more threatening after their equaliser, Depay took matters into his own hands once more. Collecting a pass from Frenkie de Jong, showing some nifty footwork, he fashioned a shooting opportunity before slotting home the all-important winning goal.

Depay’s no Messi, but he’s a man crucial for Barça’s dictation of plays. Collectively, the team has enhanced quickly with his arrival, while Depay has also shown the ability to turn up in dire situations, the signs of a proven match-winner. As the post-Messi era continues to arouse curiosity regarding the club’s future amongst onlookers, Depay has stoically managed to elevate his status at the club.