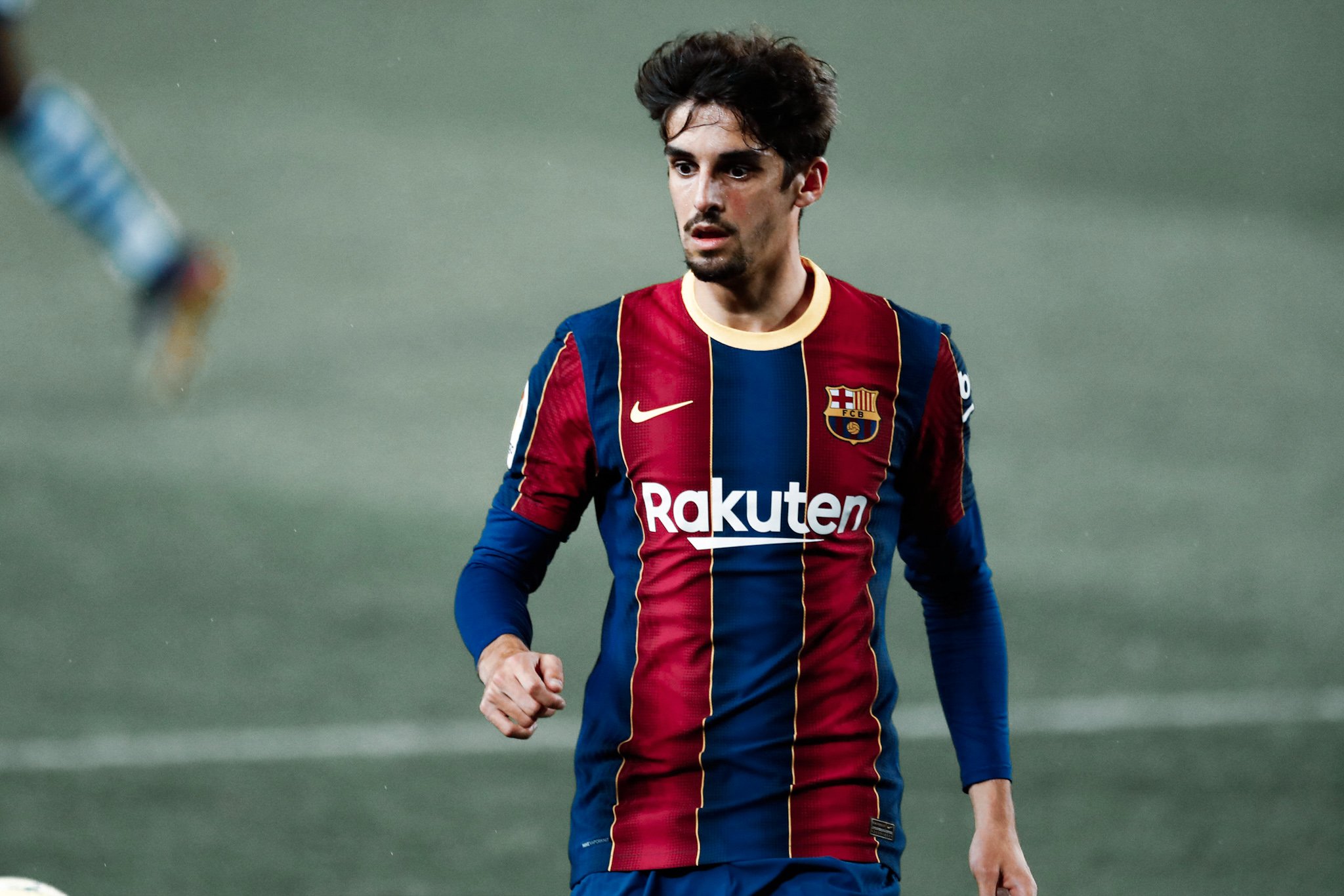 If the events of the past week did not speak clearly enough, here is a further reminder- FC Barcelona’s economic crisis has pushed the board to desperation. So much so that the captain is left with no contract, and his continuity at the club is purely based on trust and hope. Laporta and his team are held against the wall at gunpoint with their hands tied. The crisis is so dire that players who refuse to leave are now directly handed contract termination letters.

The latest move by the board to sort out the mess created by Josep Maria Bartomeu comes as no surprise either, really. A day earlier, Barcelona announced the departure of Fransisco Trincao on loan to Wolves. The Premier League side acquire the services of the Portuguese starlet for one season, with an option to buy the player for 30M euros at the end of the season.

While a move for Trincao was anticipated by many, the announcement has received mixed responses. Indeed, the move does have its benefits and a fair share of concerns too. Here is a breakdown of both sides of the argument.

Why this move comes across as favourable

With time ticking fast, the next season is closer than ever. Every passing day is a race to balance the books and lower the salary bill to meet La Liga’s regulations. Moreover, Lionel Messi’s contract cannot be extended until the wage bill has been drastically cut down.

While there is an agreement on both sides to extend the talisman’s contract, every passing day is one day closer to the restart of club football. With many players under lucrative contracts that potential suitors cannot match, Barcelona have few options at their disposal. Loaning out bench players comes across as one of the most eye-catching ones.

One cannot deny that Fransisco Trincao would be very low on Barcelona’s pecking order of forwards. Amidst Lionel Messi, Sergio Aguero, Memphis Depay, Ousmane Dembele, Antoine Griezmann and Ansu Fati, the Portuguese winger would barely see any minutes. If the past season is anything to go by, it is clear that he is not in Ronald Koeman’s plans. The Dutchman has set a clear demarcation between players he counts on and those he doesn’t, and the former Braga man falls in the latter category.

With that under consideration, waving off his wages for a year will come as a welcome relief to the club. Moreover, regular game time will aid in Trincao’s development. If Wolves do not execute their option to buy, he will at least return as a more mature and developed asset.

Moreover, his move away from Camp Nou opens up the door for Alex Collado. The Barcelona B captain has been waiting long for an opportunity with the first team. Reports suggest that the La Masia graduate will replace the Portuguese international in the squad. This can only come as music to the ears of Cules across the globe, who have been calling for his promotion for a long time.

While the deal does have its fans, critics cannot be mulled. It is true that the move, though necessary, brings up gaping problems for the Catalan side.

For starters, Trincao’s loan raises short term concerns. In the absence of the youngster, Barcelona find themselves facing a dire shortage of true wingers. Ansu Fati and Ousmane Dembele are the only other pure wingers in the squad. One recovering from a long term injury and the other falling prey to one does not bode well. With no players to provide the width or stretch the opposition defenders, the team does look incomplete.

Moreover, the forward line, in general, does not look sturdy at first sight. Ansu Fati has been frozen out of action for more than seven months. The extent of the damage his injury may have caused to his performance is unknown. Moreover, coming back from such a low might necessitate a slow and steady introduction. He may not be able to play long stretches, and his knee may remain to be a soft spot for future injuries.

Ousmane Dembele has yet again suffered a major setback. The Frenchman will be out for close to four months at the very least. Safe to say, he won’t be available for a significant part of the coming season for Barcelona. In such a scenario, he is not a reliable option.

Moreover, Memphis Depay’s success in the Garnet and Blue is far from guaranteed. Barcelona has been tough soil for many stars to adapt to. Whether his success will take him to heights or his failure to adapt will push him to the bench is unknown. Barcelona are in a situation where they have a plethora of options, but none reliable. Water everywhere, but not a drop to drink.

To add salt to the wound, Wolves have an option to buy the player at the end of the loan period. Safe to say, if Trincao grows and takes strides forward as a player, he will not be returning to Catalonia. However, if his tenure in the Premier League is disappointing, he will be on the first flight back to Spain. Lose-lose situation?

Of what we have seen of Trincao at Barcelona, he is a naturally gifted player. Though he only showed glimpses of his ability, there is no doubt that he will develop to be a wonderful winger. This deal could well be the end of his stay at Barcelona.

There is the silver lining and the dark cloud. Choosing one over the other is difficult. Fransisco Trincao’s role in the squad is minimal, yet his absence exposes gaping holes. His salary is lower than many others in the dressing room, yet his departure is essential to the team’s short term future. It is indeed difficult to conclude. All one can do is wish Trincao the very best for his new adventure and hope that this deal does not come to bite Barcelona back in the future.