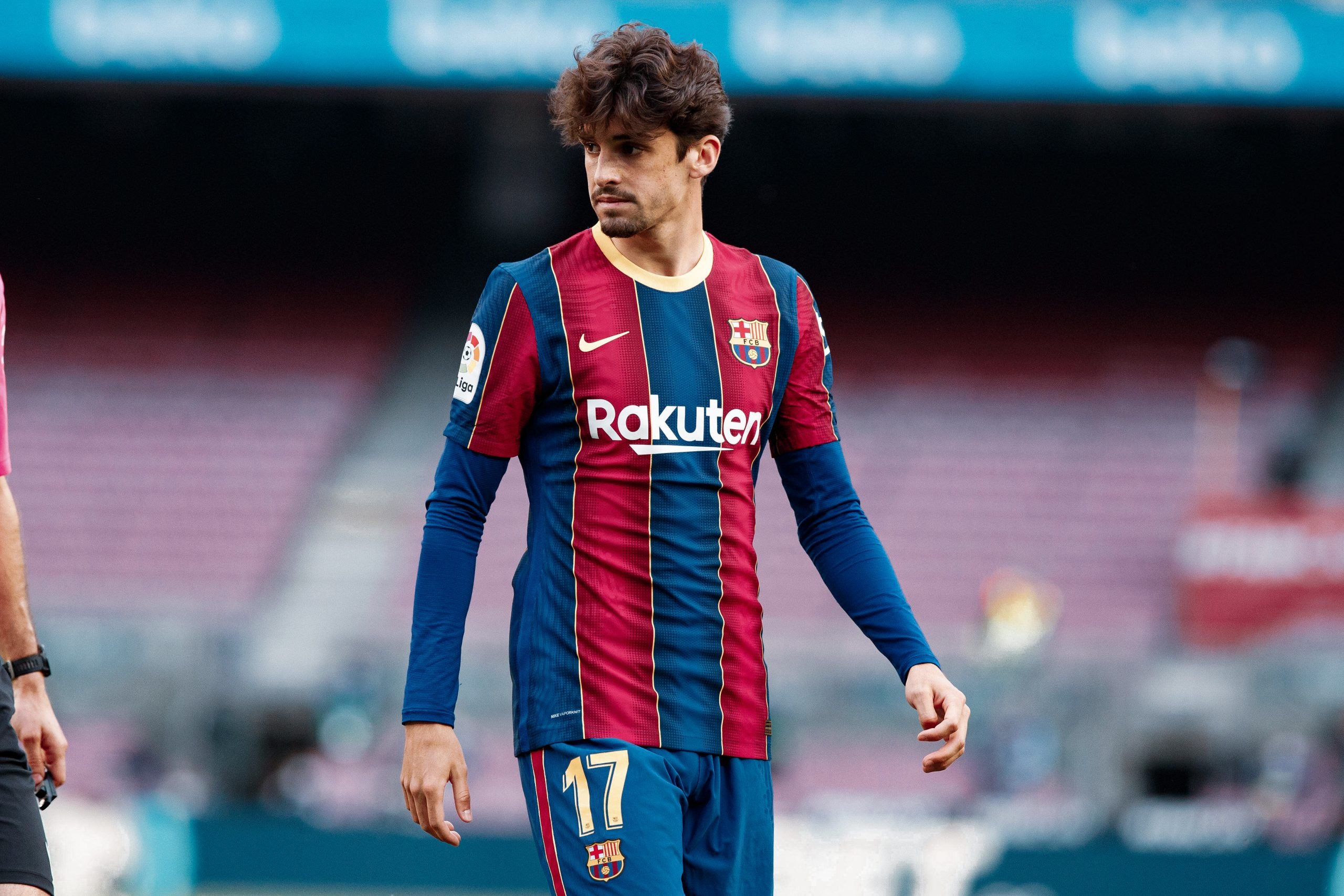 At Barcelona, patience is far from virtue. Whether an established world-class star or promising youngster, expectations and results are immediately expected.

That is particularly challenging for up-and-coming players, who need lengthy spells of playing time and trust to develop properly but are only given short spurts off the bench or a bit-part role. Not every young gem is like Pedri, capable of instantly walking into the starting eleven – others need more time and patience.

This is the story of Francisco Trincao. The Portuguese winger has shown bits and pieces of excellence in his first season with Barça, but has not managed to cement a consistent role in the squad. Now, with rumors of a possible departure – both permanent or on loan – could the Catalans lose out on a promising talent?

With that in mind, let’s analyse and examine Trincão’s first season with the Blaugrana.

A Low-Key, but Much-Needed Addition

Amongst other things, one of Barcelona’s biggest problems in the 2019/20 season was a lack of natural options out-wide. The only “true” winger was Ousmane Dembélé, who had a season-long injury, while Lionel Messi, Antoine Griezmann, and Ansu Fati did most of their damage centrally. That coupled with underwhelming offensive contributions from full-backs Jordi Alba, Sergi Roberto, and Nelson Semedo meant the team lacked width and space.

In January 2020, Barcelona announced the signing of Francisco Trincão, who fit the bill for exactly what the team needed. Only 20-years old at the time, Trincão would finish off the 2019/20 campaign with Portuguese-outfit S.C. Braga and officially move to Spain by the end of the season.

Even with the 31-million Euro transfer fee, Trincão’s signing was relatively low-key. But to the trained eye, there was plenty of excitement. Speaking on the move last year, Braga’s president said:
“We already know we are going to lose one of our great players, one that I consider the best, one that will define a decade from now, which is Trincao.”

In his first full-season as a professional, the Portuguese winger tallied nine goals and thirteen assists. He consistently impressed with his dynamism, ability to finish outside the box, and silky-smooth dribbling, despite standing tall at 1.84 meters (six feet).

From culés, expectations were mixed. On the one hand, the transfer fee commanded some level of production and promise. On the other hand, Trincão was overlooked in a squad full of attacking talent.

Things got off to a promising start for the youngster in pre-season. In three matches, he had one assist (and one for an offside goal) and was overall threatening down the left-hand side. His unpredictability and forward runs were proving fruitful, albeit against poor opposition.

Heading into the official season, there was hope Trincão could be a useful squad option, starting matches against weaker sides and playing a consistent role off the bench. To start the season, he made appearances off the bench in most La Liga matches, and started four of Barça’s six Champions League group stage games.

In his three starts against Ferencvaros and Dynamo Kyiv, he put up impressive performances, averaging three dribbles, three shot creating actions, and 7.6 progressive carries per game. Isolated one-on-one against defenders, his dribbling talent was on clear display as he would consistently get past his man, looking to cut in and take a shot on goal.

His auspicious start coincided with Dembélé’s slow start, meaning he had ample time and trust to showcase his talents. Unfortunately, that didn’t last long — but more on that later.

Without a doubt, Trincão’s highlight of the season came in a week in February. Specifically, in his back-to-back showcases against Real Betis and Alaves in La Liga.

Against Betis, the youngster finally scored his first goal for his new club. In a tightly contested affair, the score was 2-2 with three minutes to go. Messi sent a box into the area that was headed away, but Trincão pounced on it, set it up for his left foot, and rocketed it home into the top left corner. His celebration was telling, and it looked like the weight of playing for Barça was finally lifted.

Only a week later, on February 13, Trincão earned himself his first La Liga start of the season. To this day, it remains only one of two games in the competition where he played for the full 90 minutes. He scored his second goal of the season 29 minutes into the first half and third after rebounding Messi’s saved shot. Trincão ended with two goals, three successful dribbles, a key pass, and three shots on target. He could have scored a third, but his shot was narrowly saved.

It looked like the 21-year old had finally shaped into form, but from that point on, he would end the season averaging only 25 minutes per game.

On the Brunt End of Koeman’s Rotation

Numbers can often be deceiving. While Trincão appeared in 42 matches across all competitions, he only started ten games (three in La Liga) and was on the brunt end of Koeman’s lack of rotation. In fact, Trincão averaged the squad’s 24th most minutes played per game (32), per fbref.com.

To be fair, his signs of promise were accompanied by some equally frustrating aspects – more on this later– but a player of age needs more time to develop and get accustomed to playing in a new club, especially one like Barcelona. Admittedly, he should not start every match week. However, spells of ten-minute appearances off the bench aren’t enough to showcase anything.

In all, the 21-year old had no room to grow and establish confidence, ending the campaign with a measly three goals and two assists.

Trincão deserves more playing time, but as aforementioned, there are still various aspects of his game that need to be polished.

To start, he remains largely one-dimensional with his play. With the ball at his feet, Trincão can easily get past opposing defenders. Impressively, he averaged thes squad’s third most successful dribbles per game this season (3.02). However, the question is what comes next.

He almost always looks to cut in, often getting congested with Messi or Griezmann, who occupy those areas. If he can further develop his weaker foot, he can be a threat with crosses into the box. As a matter of fact, he only had one more total cross (23) than Pedri (22) did this season, the latter of which has played almost entirely in the middle of the park.

Additionally, he can be fairly peripheral in front of goal, intently focusing on scoring rather than settling for the “better play,” such as setting up a teammate for an easy assist. Still, he should continue to take shots as he has shown immense promise in that regard throughout his young career.

Most of these qualms are in contrast with his skillset, thus a lack of confidence could be at play. Additionally, this is only his second full season as a professional. If the right pieces fall into place, he can hopefully earn Koeman’s trust next season and play a bigger role in the team.

Trincão’s first season with Barça did not overtly impress nor dramatically disappoint, thus a 5.5/10 rating is appropriate. His shortcomings are common for an emerging young talent, but fortunately, there was plenty of promise throughout the season. In the end, he still fits a need for the Blaugrana, especially if Dembele departs.

There was also not a big enough sample size to properly weigh his season with only ten starts. Thus he needs the trust and patience of the club. Looking ahead, with a little bit of confidence and fine-tuning, this raw talent can fulfil his immense potential.