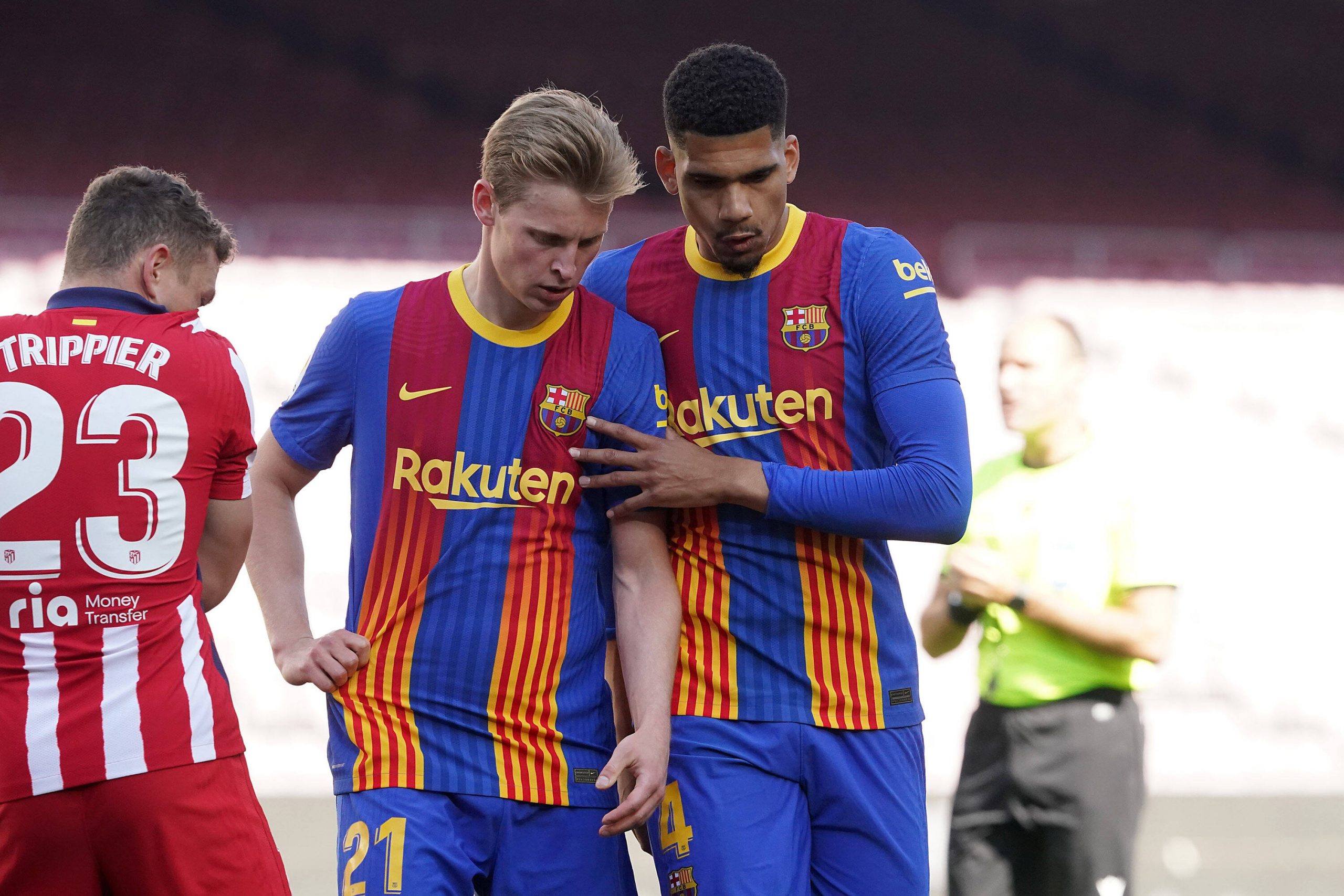 This was not supposed to be a title-challenging season. The team was undergoing a massive revolution with a new manager at the helm, and a possible change of guard in the administration. The slow and rocky start proved that, but we let out hopes up after the team went on an impressive run since the turn of the year. And at long last, the season has come crashing down after we let ourselves believe.

Yesterday afternoon, Barcelona hosted league leaders Atletico Madrid at the Camp Nou in a rather eventful 0-0 game. Barça Universal brings forth the five stats that dominated the run of play in the game.

Ronald Araujo was brought on at half time by his namesake, which worked wonders to stop Atleti in their tracks after a dominant first half. The Uruguayan was solid throughout the 45 minutes and did not allow Yannick Carrasco much space on his right.

Ronald Araújo is the Barça center back with the most clearances, highest percentage of duels won, the least dribbled past, and the least fouls committed per game.

Speaking of the Belgian, he was at the heart of every move by every move by Atleti on the night, easing his way past Oscar Mingueza on several occasions.

Yannick Carrasco attempted 16 dribbles against Barcelona (seven dribbles completed), the most by a Atlético de Madrid player in a game this season in all competitions.

In a rather inconsistent season, one thing that has been level for the club is their underperformance against ‘big’ clubs. For example, Koeman and co. only collected one point out of a possible 12 against Madrid outfits this season.

Barcelona won only 1 point in total against Real Madrid and Atletico Madrid this season.

That is the worst record since the 1964/65 season. pic.twitter.com/EYXWuxzWSA

On the other hand, Barça were able to continue their superb run of form against Atletico Madrid at La Liga, now unbeaten for 15 consecutive games.

Atlético Madrid have failed to win any of their last 15 away La Liga matches against Barcelona, their longest current winless run away from home against an opponent in the competition. Their last win at Camp Nou in La Liga was in February 2006 (3-1).

Lionel Messi was the only spark for Barcelona in what seemed like an otherwise hopeless outing at the Camp Nou. Imagine if his sensational first-half effort was not parried away by Jan Oblak.

Lionel Messi has been fouled nine times against Atlético Madrid, the most by a Barcelona player in a La Liga game since the 2003/04 season.