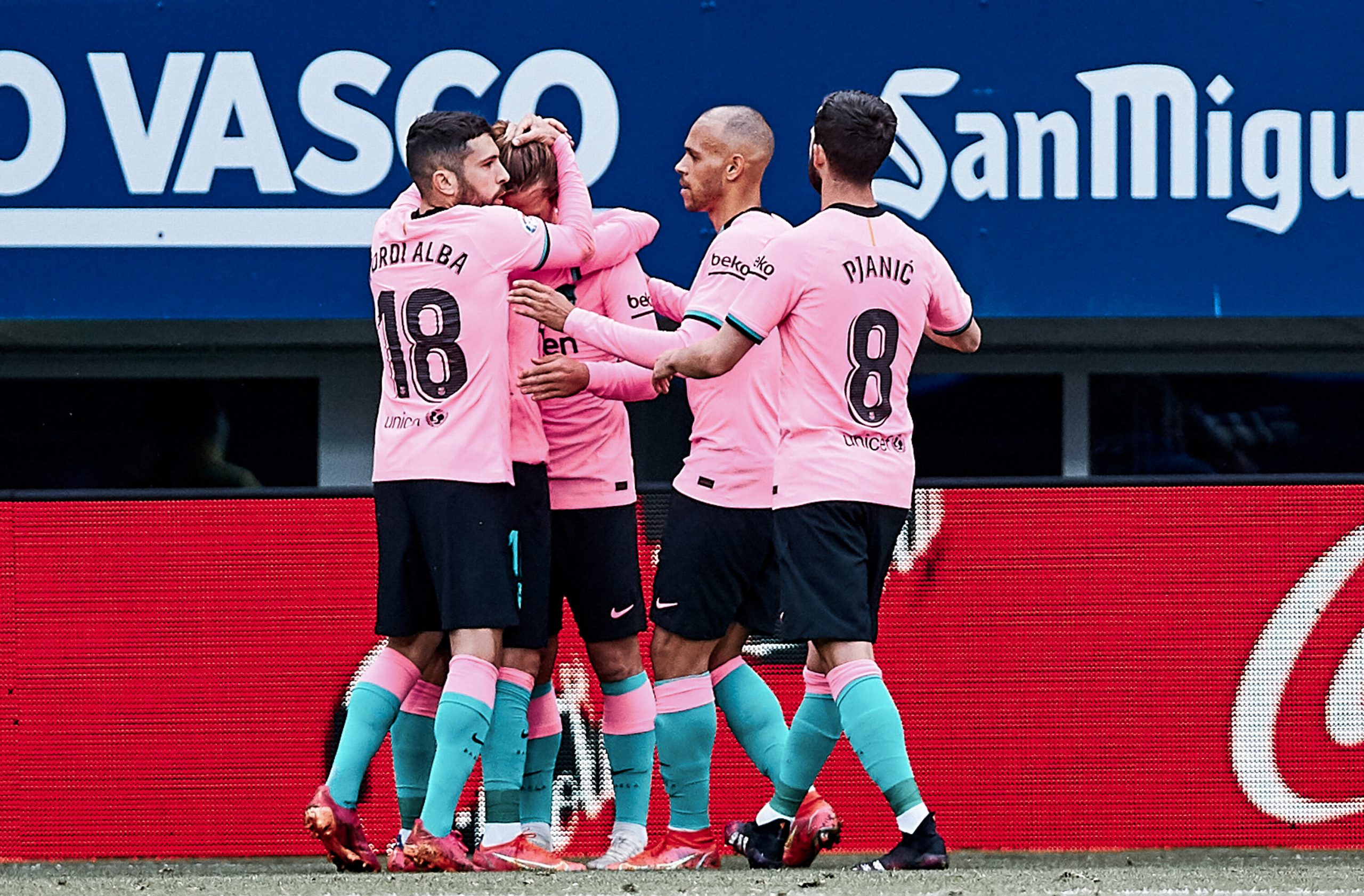 Football Club Barcelona looked at their frustrating worst without Lionel Messi. In either case, it felt rather meaningless, given that it was already impossible for them to finish above third place. Luckily, they did not crumble into an even worse outcome, defeating Eibar in a difficult 0-1 away win.

As Atletico Madrid laid hands on their 11th La Liga crown, led by Luis Suarez, Barcelona struggled and struggled to create anything of substance, failing to register a single shot on goal in the entirety of the first half. A subpar performance somehow ended up in victory thanks to a moment of ingenuity from Antoine Griezmann. The Blaugrana must now reset, refocus and come back stronger for next season.

Barça Universal brings you the player ratings from the Catalans’ final La Liga matchday of the 2020-21 campaign.

The Brazilian shot-stopper, likely having played his last game in a Blaugrana shirt, put in a pretty solid performance, making three saves on the night.

The Uruguayan defender has been the most reassuring presence for his team’s defence in nearly every performance he puts in. With 9 defensive involvements and 8 duels won, Araujo was impassable as usual. He has finished the league having not been dribbled past for 24 matches in a row.

The Dutchman put in a decent shift at centre-back in his libero role, which he himself has professed is not his preferred position. Nevertheless, the Barcelona ace will never disappoint in any role his coach demands of him. He put in a solid defensive shift on the night, registering a mouth-watering 97.5% passing accuracy. There really isn’t anything he can’t do at this point.

A poor error in the first half — though not having changed the result — cannot be excused for the Spaniard. While he is definitely young, and in his first season at top flight, it is his sixth error leading to a shot on target; for reference, that is five more than any other Barça defender (according to Fbref).

However, his solid distribution, and performance for the rest of the match, redeemed himself for his error. Fans need not be worried about his occasional recklessness, as his growth in maturity from his initial performances this season has been beyond outstanding. He will only continue to grow and improve as a player.

The American fullback was mostly unrecognisable on the night, failing to generate any semblance of threat from his advanced wing-back role. He must pick himself up and continue improving, as the club may heavily rely on him next season, specifically if Sergi Roberto is sold.

The Spaniard was strangely inaccurate with his passes on the night, even losing possession 13 times. It was a rather poor performance by his usual standards.

A decent performance from the 18-year-old, who unfortunately hobbled off with an injury in the 55th minute of the game.

The Spanish-Dominican fullback does not look like he belongs at all with the rest of his teammates. He struggled throughout the night, unable to win a single duel or send a single cross or key pass. He seemed totally invisible.

More worrying signs for the young Portuguese winger, who has enjoyed next to no prominence in his first season at the Camp Nou. With only 21 touches in 45 minutes, he was substituted off, as he failed to make a single impact on the game. With Sergio Aguero and Memphis Depay coming in — and Fati’s hopeful recovery — it is difficult seeing Trincão getting any playing time at all, let alone any more than he has received this campaign next season.

There was not a single thing the Frenchman seemed to do right on the night, apart from registering a single shot on target. He even lost possession 16 times. With the ultimatum handed to him by Laporta and his board, via a contract with reduced wages, the Frenchman should consider what could potentially be a much-diminished role for him next season, thanks to his lack of fundamentals and poor finishing.

The French striker’s sensational 81st minute saved Barcelona from potentially finishing fourth in the league season. It was a tight-angled scissor-kick into the top right corner of the goal, no less impressive than it sounds. Additionally, with 72 touches, 1 key pass, 2 dribbles, and 4 accurate long-balls, Griezmann was respectably involved in most of Barça’s play.