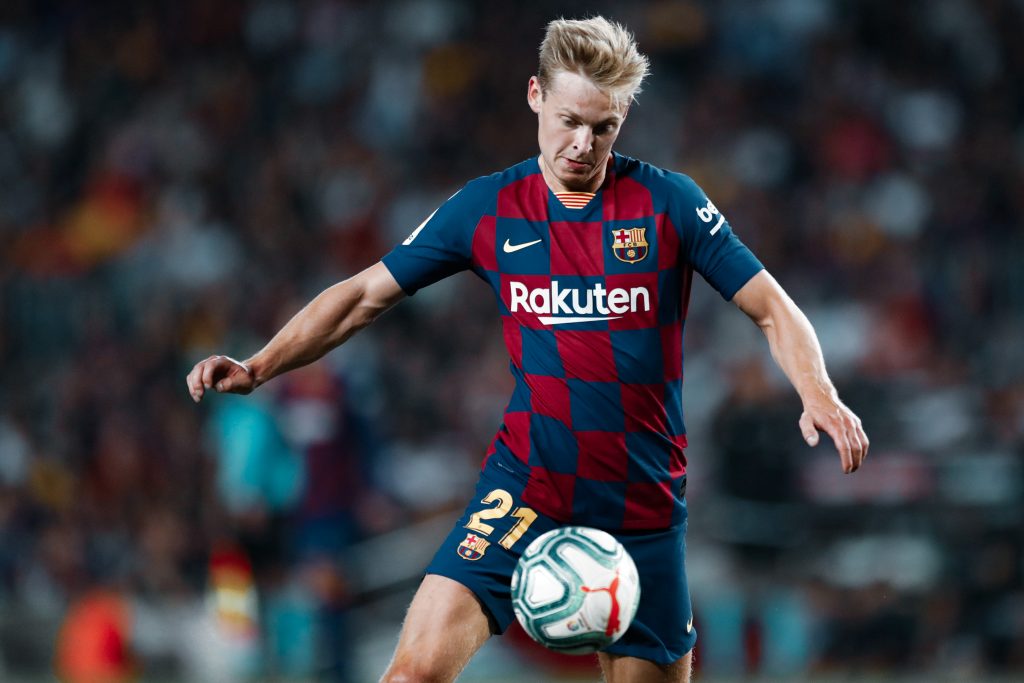 In the preview of the Barcelona versus Osasuna at the Camp Nou, our editors try predicting the score and players to watch from this encounter.

The league may be over, but the season isn’t yet. With Real Madrid holding a four-point advantage at the top of the league table and needing only a win or two draws in the two remaining games, the trophy virtually is in Los Blancos‘ hands already. In any case, Barcelona must fight till there are no more mathematical options left, and must also look to prepare for the challenges ahead. Ahead of Barça’s home match against Osasuna on Thursday night, our editors predict the final score and share their player to watch out for from this clash.

Keeping fit for the Champions League

Madrid know it, culés know it, Luis Suárez knows it, everybody knows it: the La Liga title will go to Real Madrid for the first time since 2017 and the game against Osasuna seems pointless. Indeed, there isn’t much hope, other than applying some sort of pressure on Madrid while playing at the same time, but Barcelona have to be up for the fight.

The Catalans need games like the one in Villarreal, in which they won by 1–4, or the first half against Valladolid to keep the momentum ahead of the Champions League. With Antoine Griezmann injured, it will be interesting to see what Quique Setién will go for. Will the Cantabrian coach opt for a 4–3–3 or the 4–3–1–2 he has used recently? Will Ansu Fati or Martin Braithwaite start to show what they can do ahead of the Napoli game? Will culés see the Riqui Puig – Iván Rakitić – Frenkie de Jong triplet ahead of the Napoli clash, as Arturo Vidal and Sergio Busquets are both suspended for that one?

Many interrogations ahead of the last glimmer of hope to end what has been a rollercoaster of a season. Setién should opt for a 4–3–1–2, with Riqui Puig, who is willing to run a lot, closer to the frontline in Griezmann’s place and a midfield three of Sergio, Rakitić and Frenkie to top it all off. In Braithwaite’s case, he should definitely have his deserved minutes, as a starter or a substitute as he has sat down too many times in the past few games.

Culés should also note that this defence needs next to no adjustments and Setién seems to have found the right balance at the back but the toothless attack does not match it. If Real Madrid do slip up, Barça have to pounce on the occasion and make them pay for their mistakes: this win against Osasuna is vital.

The fans’ eyes should be scotched to Riqui Puig’s boots, but not for the reasons that you think. Riqui has cemented his place in the first team and warrants a starting spot, that is not the reason why he’s in this section. The way Setién will use his prodigy is a vaguer topic, and the La Masía graduate’s role will depend on the formation.

As explained, Setién could opt again for a 4–3–1–2 and Riqui would be essential behind the striker, especially if Suárez starts. His runs with and without the ball keep this team in the game at times, and he could substitute Griezmann to perfection, mostly if Setién wants to familiarise De Jong in this kind of system.

If Quique uses Riqui in a 4–3–3, then it will be business as usual for everyone, and that would mean the scintillating Ansu Fati will get a start. This dynamic duo could cause havoc in the opposition’s half. All eyes on Riqui to see how he will be used.

The La Liga has flown past since the restart. In the penultimate game for this season, Barcelona are pitted against tricky opponents. The freshly promoted Osasuna side have not at all looked like a team that played in the Segunda last season. They have been competing neck to neck with some of Primeras regulars including Valencia and Betis. Just when they were seeming to lose steam, football was called off. Now they look renewed once again with four wins in their last six games.

With the league all but lost, all eyes will be on Quique Setién. Will he choose to rotate the team with the Champions League in mind? Or will he continue to play key players in the blind hope of in improbable slip-up by Real Madrid?

The injury to Frenkie de Jong a month ago was a massive dent to Barcelona’s title hopes. Most of the midfield revolved around his creativity and ability to keep the ball. Though the team managed to hold on to results to a great extent, that spark in the midfield was always missing. With Setién confirming that he will get minutes against Osasuna, all eyes will be on him and his form. After all, Barcelona need him to be available in full flow to stand any chance in the upcoming UEFA Champions League.

The end is nigh

The 2019/20 season of La Liga Santander is at its business end as only two rounds remain now. FC Barcelona’s two-year long reign as the champions of Spain might end even sooner though, as a mere two points separate their arch-rivals Real Madrid from clinching the title.

The fans have all but given up hope. However, as far as the team is concerned, this is not the time or place to sit back and lament. The season is not over yet, and nor is the title race. Even if the chances are meagre, the team needs to believe in itself and do what it has to do. They may not win the title, but they can still step down with their head held high. Not to mention how these performances would help their cause in the upcoming Champions League knockout tournament, in terms of confidence.

While it may look like Barcelona and Osasuna have nothing to play for, both will be aiming at the win for many more reasons than just numbers | Photo by Carlos Sánchez Martínez / Icon Sportswire via Imago

The squad would be aware of this and would want to fight out the rest of the games with all they have got. With that in mind, I believe they will go on to put up one of their better performances tonight. This of course depends upon whether manager Quique Setién gets the team sheet right. Including Riqui Puig in the starting eleven would be a good place to start.

It is amazing how this diminutive young midfielder has become so important to this Barça side that has some of the biggest names in world football on its roaster; and that too in such a short time. But the difference that his presence makes on the pitch is there for anyone to see.

Against Real Valladolid over the weekend, the blaugranas produced a stellar show with Riqui Puig on the pitch. Nevertheless, the changes that manager Setién made in the second half, including swapping Puig for Iván Rakitić, brought the whole tempo down. Thus, against an Osasuna side that held Barcelona on a 2–2 draw in the previous match-up, Barça need their young starlet on the pitch.