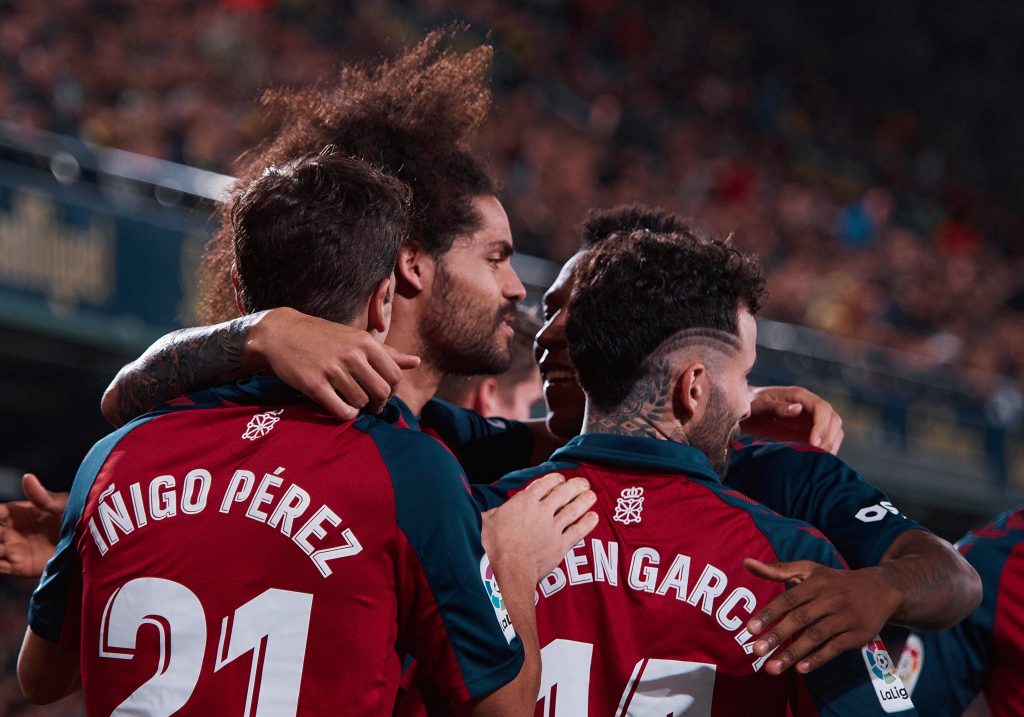 Barcelona and Real Madrid play at the same time, with the latter being just a win away from sealing the league title. While the Catalans may fret over the missed opportunities and the dropped points, they need to dust themselves and move forward. They host 11th-placed Osasuna, and this tactical analysis shall provide insight into their strengths and weaknesses.

Matchday 37 sees Barça host a newly-promoted side that has done remarkably well this season. Usually, teams that gain promotion from the Second Division struggle to cope with the intensity of the Spanish top flight. However, CA Osasuna has a chance to finish in the top half, having accumulated 48 points in 36 matches. Having already picked up points against the azulgranas in a 2–2 draw earlier this season, they will look to get another positive result against the defending champions.

Osasuna have been in mixed form since the restart. Nevertheless, they come into this game after a 2–1 win over Celta de Vigo on the weekend. On paper, the difference in quality sees Barcelona as the undisputed favourites. Nevertheless, it’s been a trend for the Catalans to struggle against sides that play a low block. We have seen an absence of Barça’s usual capabilities of breaking down teams and exploiting minuscule spaces.

“I expect the best Barça. It is true that they have little options [in the league], but they will try to seize them. Probably they will want to take an early lead to put pressure on Real Madrid. I expect a great Barça. It is a very difficult visit for us. They are the best local team in La Liga with two draws and all the rest victories. Thus, we know where we are going and that it is very complicated”

Quique Setién seems hell-bent on making the 4–4–2 / 4–3–1–2 diamond midfield formation work. Against Villarreal, the approach felt fresh and worked spotlessly in a 1–4 away triumph. But the following clashes with RCD Espanyol and Real Valladolid seemed to be far from ideal. Two 1–0 victories saw the fans massively unsatisfied with the team’s performance. The four-man midfield didn’t work against teams that defend deep into their halves. Unfortunately, the fans aren’t forgiving of the performances, and are keen on seeing their side score more goals.

With Antoine Griezmann picking up a muscle injury that rules him out for the remaining two games, all eyes will be on Lionel Messi and Luis Suárez for goals. Osasuna has conceded 51 goals so far in the league, and thus, show signs of a leaky backline. That said, despite being weak at the back, they have a strong attack that is capable of hurting big sides. When they get going, Los Rojillos play brave and attacking football. Their capabilities were clearly visible earlier this season when they nearly beat the culés.

Osasuna coach Jagoba Arrasate prefers to set his team up in a 4–4–2 that has a double pivot shielding the backline. At this point, there’s no surprise that sides of lower technical quality deploy this strategy. Osasuna’s backline is incapable of producing steadfast defensive performances. And so, they take extra help from the defensive midfielders. The double-pivot helps in providing more stability at the back. In spite of fielding more men to cover the goal, they struggle to pitch an ideal defensive performance.

“Not having the ball can be a way of enjoying if you know that you can hurt them when you recover it. I see no other formula to enjoy in such stadiums”

And so, the reliance for them has been on the attack to outscore the opposition. The problem with Osasuna is that, once they go behind, they rarely overturn the scoreline. It can be seen as a question of their character and mentality. On the flip side, they are a really challenging side to beat when the players are in full form and high on confidence. The bipolar mentality of this side has seen them pick up points against many tough oppositions, but also lose games where they are expected to win.

At times, Arrasate has even preferred to go with a back five. But considering how unstable the defence is, adding an extra man wouldn’t help their cause. The aim must be to take the game to Barcelona and attack bravely. Indeed, teams tend to respect Barça for their overwhelming quality in the centre of the park. But an outfit like Osasuna that suffers massive defensive issues shouldn’t rely on defending throughout the game.

The full-backs are capable of going upfield and hurting sides through their pinpoint crosses. Furthermore, at times, a full license is given to the attacking midfielders who can play defence-splitting passes. With a two-man strike partnership up top, the viable option will be to hoof long balls to the strikers. Their hold-up play will be critical for Osasuna to move the ball quicker. As the expectation will be to defend deep, the attackers should take whatever opportunity they get to score.

An overall team effort can be cited as the chief reason why Osasuna is 11th in the table. They were expected to go down, but they’ve surprised several pundits by defying the odds. Many players have pitched in a decent amount of goals and assists. With top scorer, Chimy Ávila ruled out for the clash, the focus will be on attacking midfielder Roberto Torres. He has been used as a right midfielder, but can play on the left as well.

Torres has six goals and eight assists to his name. He is the club’s most productive player and can be deemed as the creator in chief. When Osasuna get going, Roberto is the player who pulls strings for them. He is capable of finding the killer pass that splits open defences and can also hurt sides by having a go at goal. With a 53% success rate in dribbles, he also poses the ability to unlock defences by weaving his way in.

With two strikers sitting up top, Torres will be expected to win the second balls and then carry the ball to the opposition’s territory. Barcelona should look to avoid giving space and time for him. Any manner of complacency should be avoided if Quique Setién’s side has aspirations of keeping a third consecutive clean sheet. Torres is likely to be a victim of not having enough possession to work with. And so, Barça’s midfield should look to keep him under control whenever he has a chance of receiving the ball.

The Catalans’ defensive record has improved significantly since the restart. But they have always had an issue with handling individuals. As a unit, the team defends reasonably well. But the individual battles have been an Achilles heel. Roberto Torres could be one player who would be challenging to handle if he is given enough freedom with the ball.

The hosts are expected to win convincingly. As they’re playing at the same time as their rivals, an eye would definitely be on Real Madrid’s game against Villarreal. Anything aside from a loss would see Los Blancos crowned as champions. With the hopes of retaining the league fading away, Barça should look to work on the Champions League. These performances against sides that play a low-block will help them in their endeavour against Napoli in the second leg.

“It is very difficult to enjoy at the Camp Nou because it is a rival that has a lot of possession in all matches, you have to spend a lot of time without the ball and it is complicated. We will try to compete at the highest level”

Osasuna is safe and practically have nothing to play for. The azulgranas, on the other hand, have to fight for all three points and hope that their rivals lose to Villarreal. Even if the title is decided today, the fans will be hoping to see an improved performance from Barcelona.

The last two games have been dull. You would wonder why they couldn’t pull off similar wins against Celta de Vigo, Sevilla and Atlético de Madrid. It seems like that Barcelona’s game management skills have improved lately. But has the improvement in seeing off games come too late? We will have to wait and see.