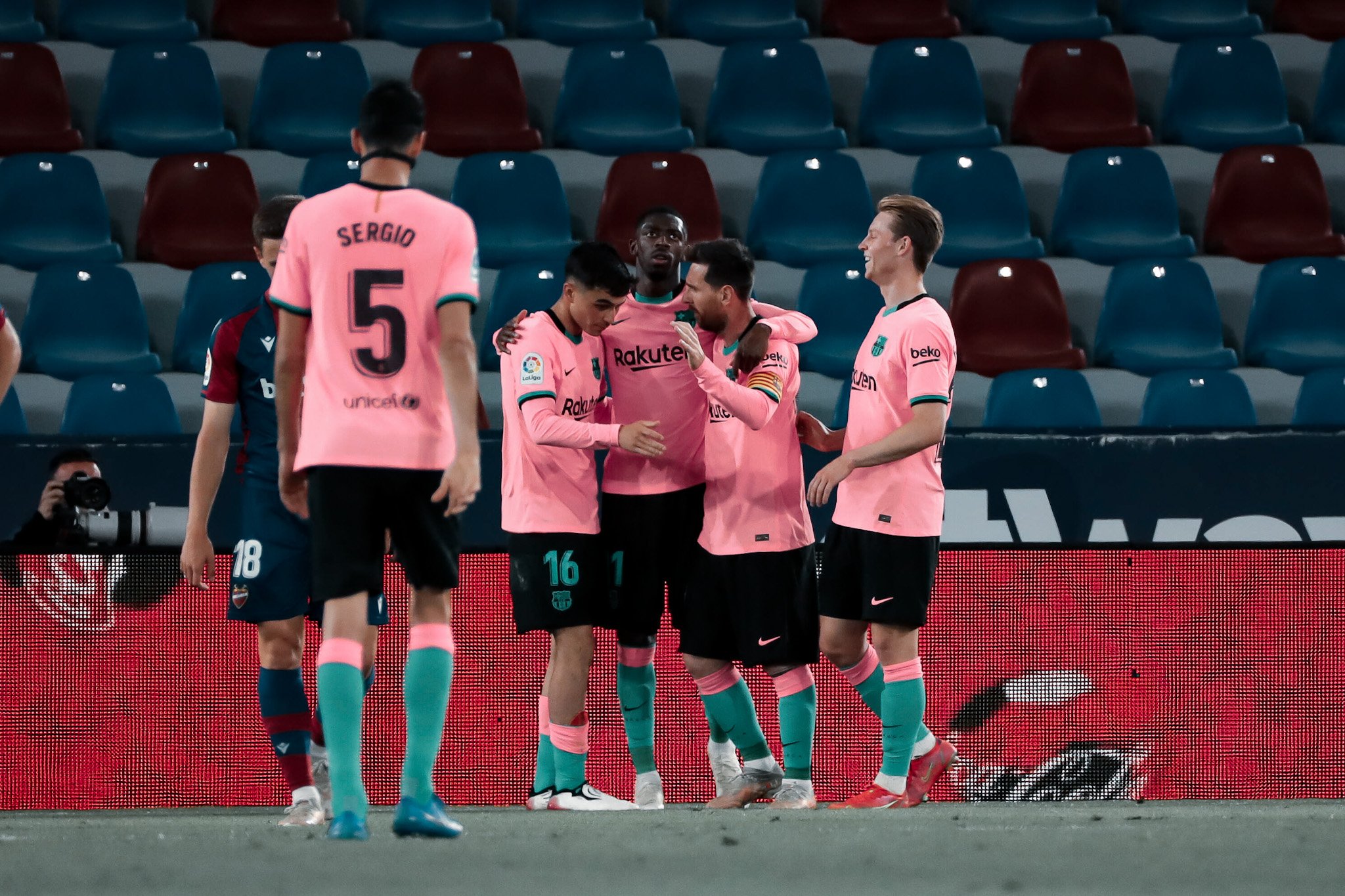 The end of the season has been rough for Barcelona. A remarkable fight-back right from the dawn of the new century had hopes sky-high. However, a loss to Granada and draws against Atletico and Levante now see the Catalans almost out of the title race. The bowl was in their hands, only to be ruined in grand style.

With two games left to conclude the season, Barcelona plays for nothing much more than pride. While some play to prove their worth and seal a spot in next year’s plan, others just play for a respectable finish. Celta de Vigo have always been a thorn in the Blaugranas foot. Oh, who can forget that dreaded night last season and that fateful freekick. The game kicks off at the Camp Nou in a relatively early kickoff on Sunday. Here is how Barcelona can lineup against Levante.

Marc Andre ter Stegen was beaten thrice at the Estadi Ciudad de Valencia as a late equaliser allowed the hosts to steal two points. Barcelona’s poor defensive record is a growing concern, as it continues to have a direct effect on the German’s performance. Nevertheless, the German will start for the upcoming two games.

With Oscar Mingueza helping out Barca B in securing promotion, the first team finds itself with few options again. Gerard Pique will start again, hoping to inspire his side to a strong finish to the season. The Spaniard has been wobbly recently with age visibly catching up to him.

Ronald Araujo had to be taken off at halftime against Levante with an ankle sprain. Though reports said the Uruguayan would miss the rest of the season, Araujo trained with the group in yesterday’s session. That coupled with Mingueza’s absence indicates a possible start for the young defender.

Clement Lenglet will complete the back three. The Frenchman suffered a poor start to the season but has slowly regained his footing. Though not at the direct threat of facing a summer exit, Lenglet needs to provide a stellar performance to guarantee a starting spot next season.

After a disastrous outing against Levante that included a season-ending injury, Sergi Roberto will miss the last two games. Nevertheless, it was always going to be Sergino Dest who would start on Sunday after such a horror show by the fourth captain.

Jordi Alba has had an excellent season on a personal level and will look to cap it off in a similar fashion. The Spaniard has had his troubles at the back but more than compensated for it with his contributions in the attack. Moreover, it is the new system that is extracting maximum output from the left-back. He will start at Camp Nou against Celta Vigo.

Sergio Busquets endured a rather tough outing against Levante. Up against former teammate Denis Suarez who is in red hot form, Busquets will have to be on point. Moreover, the runs and guile of Iago Aspan will keep the defensive midfielder on his feet.

Pedri has been one of the brightest stories of Barcelona’s campaign. While the change in the formation has certainly hurt him, there is no denying his importance in the current setup. He will start in front of Busquets. In the absence of Frenkie de Jong, Pedri will have to shoulder more responsibility in the midfield.

The midfield will be completed by Ilaix Moriba. With Frenkie de Jong missing the game through suspension, the La Masia starlet is the top contender to replace him. Moriba has found a place high up Koeman.s pecking order, and his ability to connect the defence to the attack will be decisive.

Lionel Messi scored a stunning opener midweek, only for it to be spoilt by another defensive comedy of errors. The Argentine has all but sealed the Pichichi award with 29 goals so far, seven clear of second-placed Gerard Moreno. Nevertheless, Messi will look to cross the 30 goal mark once again in the League.

With the recent reports of Barcelona going for both Sergio Aguero and Memphis Depay coming to light, Antoine Greizmann will be on complete alert. The Frenchman has come good in recent games but will have to showcase a lot more to convince the hierarchy of his value.

Riqui Puig could finally get solid playing time with de Jong suspended. His ability to find decisive passes could well see him come on early in the second half to up the tempo.

Ousmane Dembele, who turned 24 yesterday, scored his 30th goal for the club midweek. He will undoubtedly be looking to provide another decisive show.