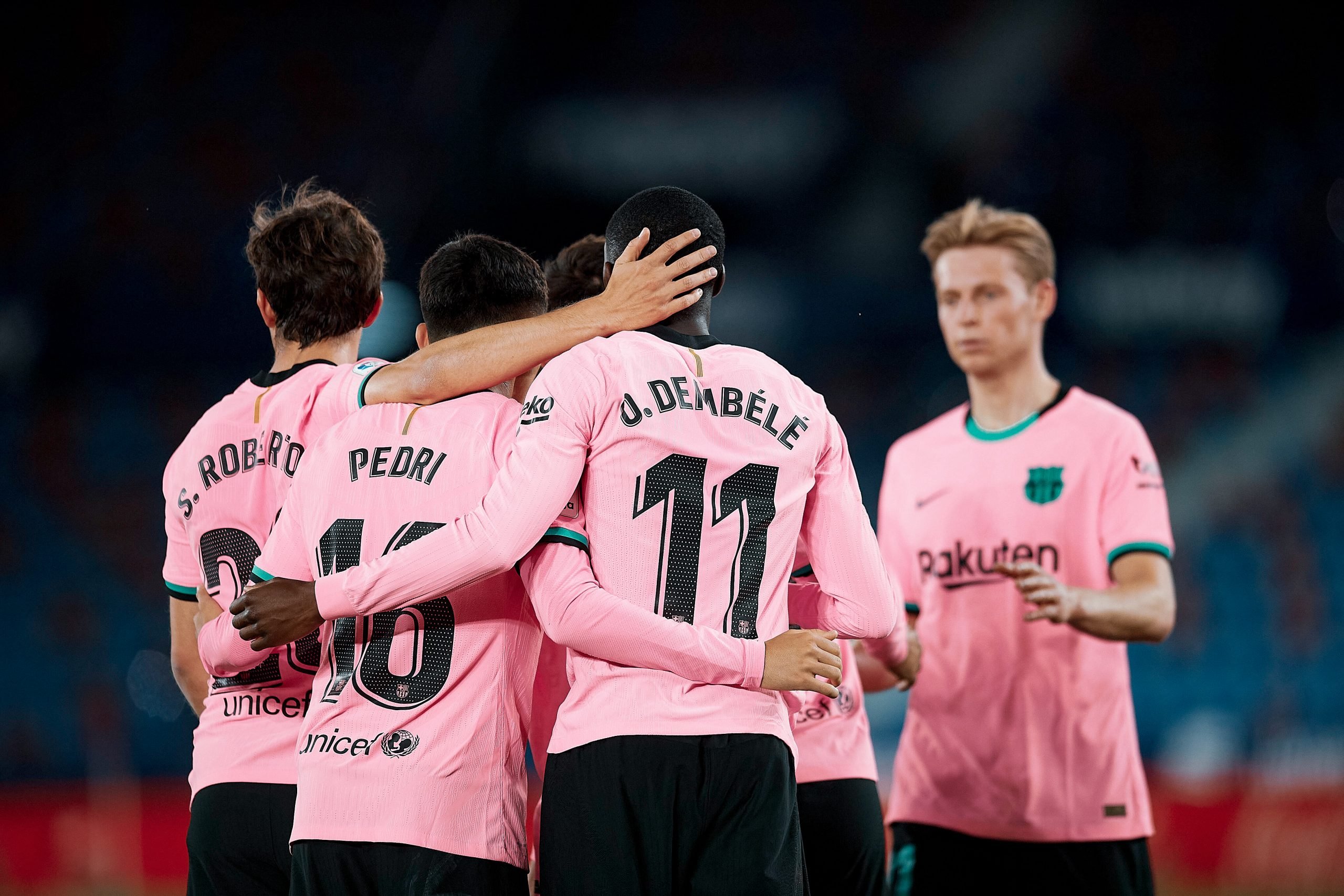 On the back of a disparaging three-each draw at the Ciutat de Valencia against Levante, Barcelona are back at the Camp Nou to face Celta Vigo on the penultimate matchday of the league campaign.

The last time Fútbol Club Barcelona and Celta de Vigo squared off, Ronald Koeman’s forces overcame the odds and emerged victorious by three goals to nil. Ansu Fati opened the scoring to seal his third of the season in the first half. Lionel Messi forced an own goal, and in the dying minutes of the match, despite being a man down, Sergi Roberto scored a fine finish to seal all three points and end Barça’s five-year winless run at Balaidos.

Heading into Sunday evening’s late game, both sides find themselves in contrasting form. The Blaugranas‘ form over the past four and a half months has been reduced to shreds. As a result of their recent run of results, one that has seen them concede 12 goals in just eight matches, Barcelona have crumbled in the face of adversity in the title race and have few chances, if any, of finishing in the top 2. In fact, as it stands, Koeman’s job is in jeopardy.

Celta, meanwhile, are in stellar form. They have emerged victorious in each of their last four matches, a run that has seen them move from 10th to eighth on the log, and just within five points of qualification for the UEFA Europa Conference League as Spain’s sole representative.

The draw away at Levante has dealt Culés a hefty blow. The Catalans had the opportune chance to remain second on the log — given Atletico and Real Madrid’s respective victories — and remain reasonably within championship positions. As it stands, the league title is firmly out of the Catalans’ grasp. The only remaining battle is one to ensure they don’t finish third or fourth, lest they find themselves in one of their toughest ever Champions League groups.

Given the team’s sheer predictability to opposition managers, Barça will have to adjust their lineup accordingly, perhaps to a 4-3-3. Sergiño Dest should keep his place in the right-back role, while Ronald Araújo and Clement Lenglet take the reins as the centre-halves, leaving out Gerard Pique. Jordi Alba ideally should preserve his place in the left-fullback role.

Back in the midfield, Ronald Koeman should perhaps make two switches, with Riqui Puig and Ilaix Moriba coming in for the fatigued Pedri and suspended Frenkie de Jong. In attack, Ousmane Dembélé, Lionel Messi and Antoine Griezmann should start in this case.

As per the playing style, the Catalans have every obligation to be true to their style, given they have nothing else to play for. An asphyxiating press, fine-tuned passing as well as the players impeccable positioning have made for some mouthwatering ties against stern opposition this season.

What to expect from Celta Vigo?

Offensively, Celta average 3.7 shots on target per match, which then translates to them scoring an average of 1.4 goals per game. The stats rank seventh and eighth respectively in the league, which for a side challenging for a conference league spot, is quite ideal.

Iago Aspas leads the way both in goals and assists for his side. The Spaniard has 13 and 11, respectively, anointing to just under half their total goals this season. Another player, one Barcelona are familiar with — Denis Suarez — has caught form with Los Celestes and if let loose, can hurt Barcelona with his incredible vision for a pass.

Their defence is nothing worth writing home about in the Spanish top flight. They average the 15th most goals conceded per match at a shocking 1.5 every 90 minutes, keeping just 10 clean sheets this term. The Galician side’s style of play has them conceding the Joint 7th least penalties in the division at 7, thanks largely to their excellence in tackling (2nd most successful in La Liga).

Iago Aspas is a nightmare for Barcelona supporters. Throughout his career, he has always found a way to bring chills down the spines of Culés, who constantly succumb to his brilliance. He has faced the Garnet and the Blue 12 times in La Liga, scoring seven goals and assisting twice. This season, he has taken his leadership to the next level. In La Liga, he has 24 direct goal involvements, leading the Spanish top flight in assists.

Barcelona have little if anything left to fight for this season, but their fate in the Champions League much depends on how well they fare in this match. The Celta legend will be on his toes, ready to take full advantage of a Barça side whose leaky defence sees them concede a goal for almost every shot.

This type of game, one under immense pressure, is one Barcelona often loses. Iago Aspas and Celta as a whole are in impeccable form at the moment, and none of the same can be said about Barça. This is a game that will be decided by fine margins. Of late, Celta have defeated teams with a high finishing rate rather than a high chance creation rate. Barcelona, meanwhile, has conceded a disproportionate amount of goals in comparison to the chances they had against them. A tie perfectly set up to leave the hosts frustrated.