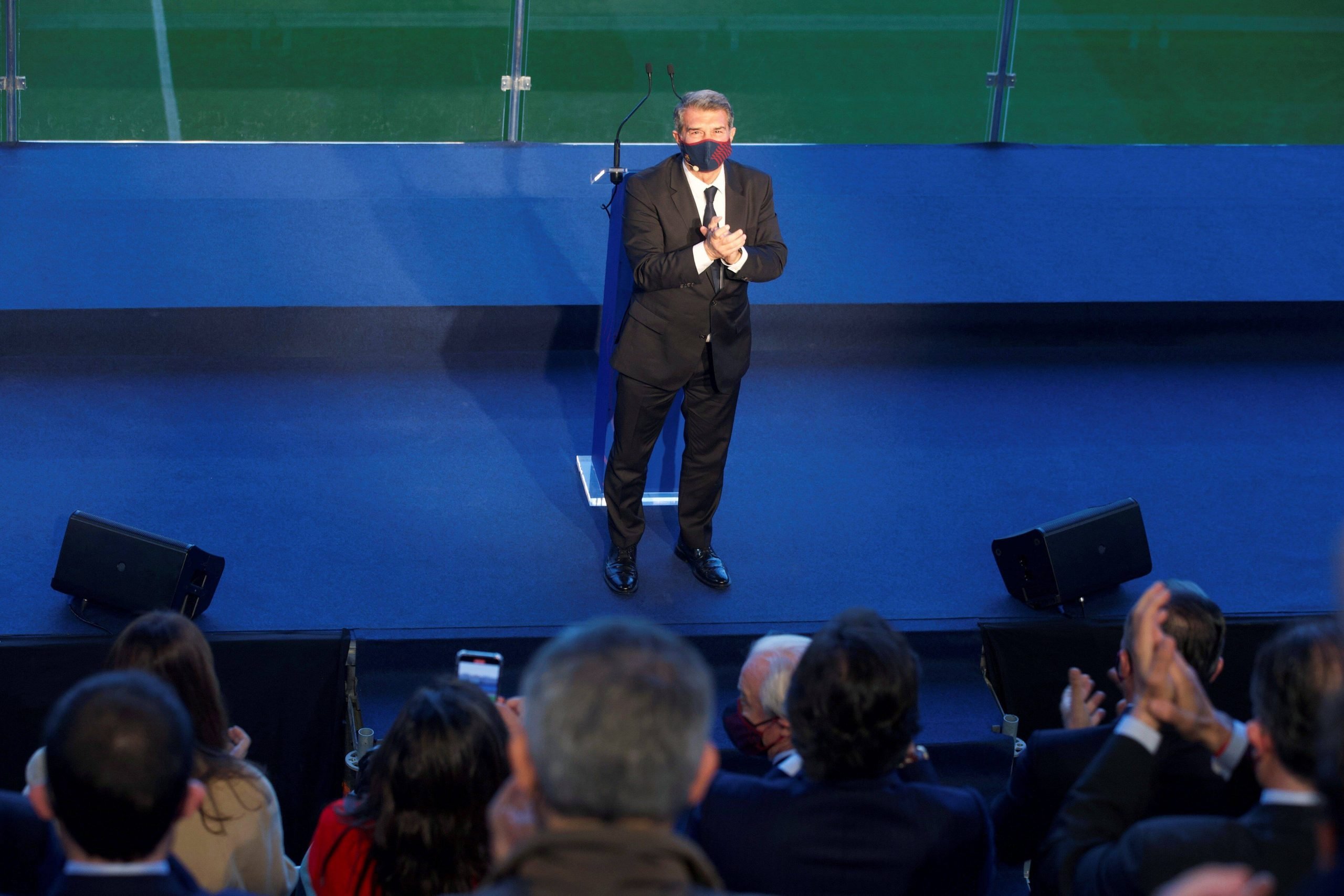 The club and the players celebrated the return of Joan Laporta with an emphatic victory over Real Sociedad. Due to the International break, the manager Ronald Koeman, Technical Secretary Ramon Planes, and the newly-elected Barca President Laporta will have their first round of meetings. Reportedly these meetings will be to draw broad contours for the next season.

A very critical issue during the Bartomeu administration was the astronomical wage bill. The ill-willed leak of Lionel Messi’s contract showed the enormous wage he receives. However, it’s only a part of the problem. Reportedly, players including the likes Frenkie De Jong, Antoine Griezmann, Philippe Coutinho, and many more earn way more than they would at any other European Club.

Undoubtedly, the blame for this goes to the earlier administration and not the players. However, it’s the players who will be now subjected to pay-cuts. According to multiple reports, the current wage bill stands at a staggering £235m. The players agreed to a deduction in the salaries by nearly 50% in November last year so that the situation could be controlled a little bit.

However, the agreement only meant that the players would receive the same salary in shorter instalments to maintain the cash flow. This clearly meant that this was only a short-term solution as it did not lighten the financial burden in totalness.

In October 2020, four Barca players namely Gerard Pique, De Jong, Clement Lenglet, and Marc Andre Ter Stegen extended their contracts. The official club statement stated that the negotiations include a temporary salary adjustment due to the current circumstances brought about the Covid-19 induced crisis. The board must be looking to review these details and must make these temporary changes permanent for the foreseeable future.

Other players with hefty contracts include the likes of Griezmann, Miralem Pjanic, Samuel Umtiti, Coutinho, Ousmane Dembele, and Jordi Alba. Besides the Spanish left-back, the continuity of all the above-mentioned players will surely be discussed too.

Barca Universal takes a detailed look at the current contract situations of each one of them.

The world cup winner’s current contract runs out in 2023. His reported wage of £12m a year and the little contribution he makes to the team are surely two boats on different sides of the river. Earlier in the summer, his wage was a major roadblock in the finalization of a move away from Camp Nou. It’s nearly impossible that the new board will award him with such a hefty contract once again.

The Frenchman’s contract runs out in 2022. Just like his french compatriot, his wage is also rumoured to be £12m a year, a number that he surely won’t earn at any other European Club. Dembele has been key to the dutchman’s new system and Laporta is also fond him of as a player. The Catalan lawyer made it a point during his campaign to speak his mind about Dembele’s renewal.

With that said, he surely doesn’t have numbers to be worthy of that astronomical salary (as of yet), and the board will surely look to negotiate a reduction in the wage when they sit on the table.

The Bosnian was part of a disastrous swap deal that saw Arthur Melo traded to the Italian Champions, Juventus. The 30-year-old has never been a favourite of the Dutch manager and has struggled to get minutes on the pitch ever since joining the Garnet and the Blues. His situation is only expected to get worse after the incorporation of Ilaix Moriba into the first team.

The board will surely look to offload the former Juventus man in order to free up some room on the wage bill.

The 28-year-old has failed to make his mark in two and a half seasons for the Blaugranes. He reportedly has a salary of almost £8.5m a year and just like others his performances have not been up to the mark. The Brazilian midfielder also has various parasitic clauses in his contract which impacts the club’s finances in long term. The newly elected board has made its mind to offload the Brazilian either on a loan or through a transfer.

The Frenchman has made various improvements to his game since the turn of the calendar. He has been an important part of the upward graph the team has shown. The world cup winner’s hard work certainly makes him a player that every manager wants. However, he reportedly earns a massive salary (rumoured to be £46m a year, but denied by his agent).

Griezmann has the reputation of being a team man, seeing him over the years, one can feel that he will be one of the names to willingly agree to a wage reduction.

There have been reports that several B team players will be promoted to the first team next year including Oscar Mingueza and Alex Collado. This certainly means that they will be rewarded with increased contracts. The board needs to decide to cut some expenses on the wage bill in order to reward the ones worthy of a increased contract.

Lionel Messi, as the captain and heavy-weight among the players, has certainly looked more happy than ever and more importantly settled at the club once again. He is past his lean patch which bothered him and was visible through performances on pitch too. Since the turn of the year, the Argentine has been in scintillating form bagging 19 goals and 8 assists.

With a president who adores him, it looks more certain than ever that Leo will renew his contract. This means that the board will have to make adjustments here and there to be able to keep affording probably the greatest player on the planet.

There have been talks that Messi will agree to a diminished contract, however, it’s no brainer that it will still be a hefty one. It remains to be seen what will happen in the coming days. One thing is for sure that if the new board wants to keep Messi at Camp Nou, they will have to be ruthless and make some adjustments here and there.