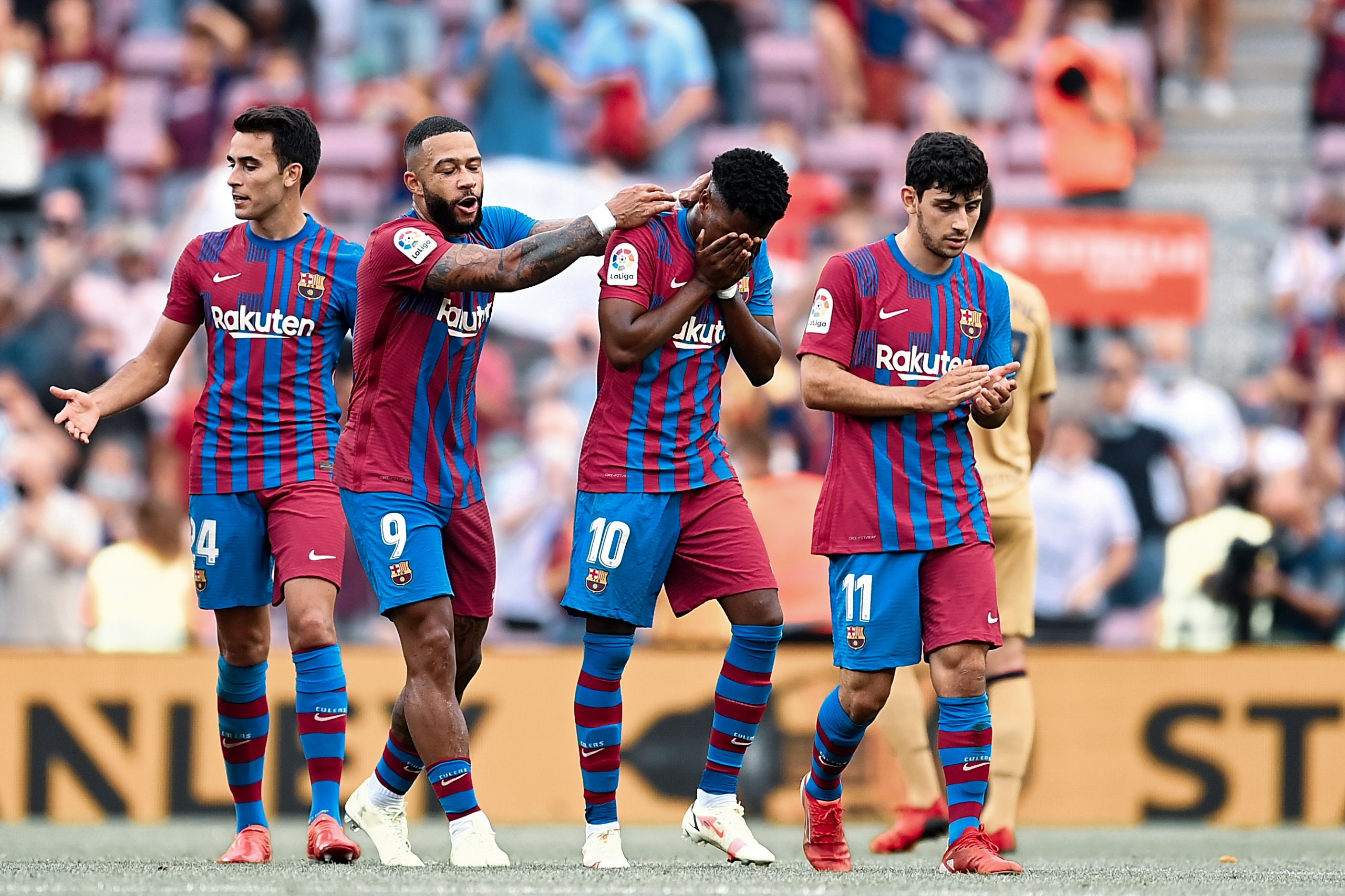 Picture yourself as a journalist standing amidst thousands of media representatives outside the press room at Camp Nou. Thousands of journalists from various organisations have applied to be present during the upcoming event, a pre-match press conference by the Barcelona coach Ronald Koeman heading into a key Champions League game.

Yet, a significant number of the applications faced rejection. Only a select few journalists possess the pass to interact directly with the Dutchman and ask him questions of their choice, and you are one of them.

As you move into the pleasantly cold air-conditioned room from the sunny corridor, a standard set of questions pop up in your mind. A situation similar to every individual in there.

As Koeman heads to his seats and proceeds to take questions, the first respondent takes the mic and asks his question. A question that seems familiar, for it was asked just last week, and the week before that, and the previous month.

It is the one question that is asked in the buildup to every single game, repeated time and time again, just in the hope that the answer will change. That lingering question which is evergreen in the minds of all fans is — “What is the realistic expectation from the team this season?”

Every fan has a picture of how the season will end in their head. Yet, one is desperate to know inside information about the perception of those inside the dressing room. What the players and the management expect realistically from the season is a critical factor in determining a team’s performance.

The situation so far

Media and fans have pranced around a lot over Koeman’s incompetence as a manager over the past few days. Indeed, the Dutchman has made his share of errors. Tactically, he has been inept. Opting for wrong formations, poorly preparing the team ahead of crucial games and poor in-game decisions have cost the side many points.

Moreover, his inherent trait of repelling blame to safeguard his image has made him a villain to many. He has openly called out young players and pushed the responsibility of major defeats on their shoulders, all while hiding behind the veil of injuries.

Indeed, as the manager said, the team is going through a difficult period. Multiple big names are sidelined through injury and have been unable to contribute so far. However, one does not need to research much to find a stock of problems behind that excuse.

That said, blaming the defeats only on missing players is uncalled for. Liverpool last season put up a terrific fight despite having their first-choice centre-backs out with long term injuries. A difficult time is a true indicator of a manager’s pedigree, and that’s what sets elite managers like Jurgen Klopp apart.

The complete squad: An ideal situation

Next month, Barcelona will be boosted by five returns that could change the course of their season. Ansu Fati, who has already made a partial comeback, could be ready for complete games by the end of October.

Moreover, the forward line will also be boosted by the return of Sergio Aguero and Ousmane Dembele, Aguero has not represented the Spanish club since his arrival in the summer. The Argentine could return in time for the clash at Mestalla after the international break. Dembele, on the other hand, will be back by the end of the month if his recovery goes as planned.

Jordi Alba and Pedri have been victims of minor injuries in the second half of September. Needless to say, the duo will be ready to feature in the Blaugranas for the game against Valencia.

Can the 5 ‘signings’ really boost the season?

Attack has been the side’s Achilles heel this season. Losing both Lionel Messi and Antoine Greizmann in the same window cannot be an easy task for any team. Further so for a team already in transition.

Koeman has been left with misfits Luuk de Jong and Phillipe Coutinho and an inexperienced Yusuf Demir at his disposal. For all the magic Memphis Depay produces, keeping him caged is not an impossible feat for the opposition.

The return of Ansu Fati has already shown moments of magic in the attack. The link-up play has looked more cohesive with him on the field. Add to that Sergio Aguero, a striker who can capitalise on the smallest of chances, and the forward line looks rejuvenated.

Ousmane Dembele will once again be on his preferred wing. His return at the end of the season will not just add quality over the current players but also improve the dynamicity of play.

Jordi Alba’s return will also facilitate Sergino Dest to move back to his niche, potentiating the attack. The fullbacks are an integral part of the system. That said, the availability of both first-choice fullbacks is critical for Barcelona.

How far can the team go?

It seems like a consensus has been reached amongst Cules to not expect any silverware from the side this year. Hoping for a miraculous turnaround is unwarranted and unrealistic.

The reality is that the side is under reconstruction. Indeed, the team does have some magical talents at its disposal. Pedri, Gavi, Nico, Araujo, Fati, Demir, Dest and Balde are just a few of the youngsters at the club who will have a bright future ahead. However, their lack of experience is a component that cannot be compensated for this year.

A couple of years down the line, these very well seasoned players could lead Barcelona to glories. However, pinning one’s hopes on a horde of teenagers is nothing but hoping for a miracle.

Barcelona will probably not win La Liga this year, but the return of key players can surely help them put up a strong fight. A young side is bound to face hiccups more frequently, and that could end up costing the Catalans a top finish. However, a fit and complete Barcelona side are still very much capable of a top-three finish.

The Champions League, as its name suggests, is a trophy meant for champions. While Barcelona does have future champions under its hood, the current side is far from it. Even qualifying from the group would require a herculean effort from here. However, even a miraculous qualification would not last much beyond the Round of 16.

Some might say the Copa del Rey is the competition for Barcelona to capitalise. However, a small dive into the side’s run in previous seasons shows just how brutal a competition it can be.

For the smaller sides in Spain, the cup is the biggest shot at silverware. That said, every side the team faces will fight tooth and nail to inch closer to history for their team. Last season, a star-studded Barcelona side required unreal comebacks to go on and win the trophy. Keeping that in mind, it will be an uphill fight for the Catalans to win the cup this time around. However, a semifinal or final finish is possible.

The return of key players in the coming weeks will undoubtedly bolster Barcelona’s performances. However, it does not solve the side’s defensive worries. Additionally, Ronald Koeman’s poor tactics and misguided quotes to the media may adversely impact any incoming positives.

The Dutchman’s job depends on the coming results. However, there is a feeling that he does not have the pedigree to handle such a massive rebuild even if players like Aguero and Dembele return to improve the attack.