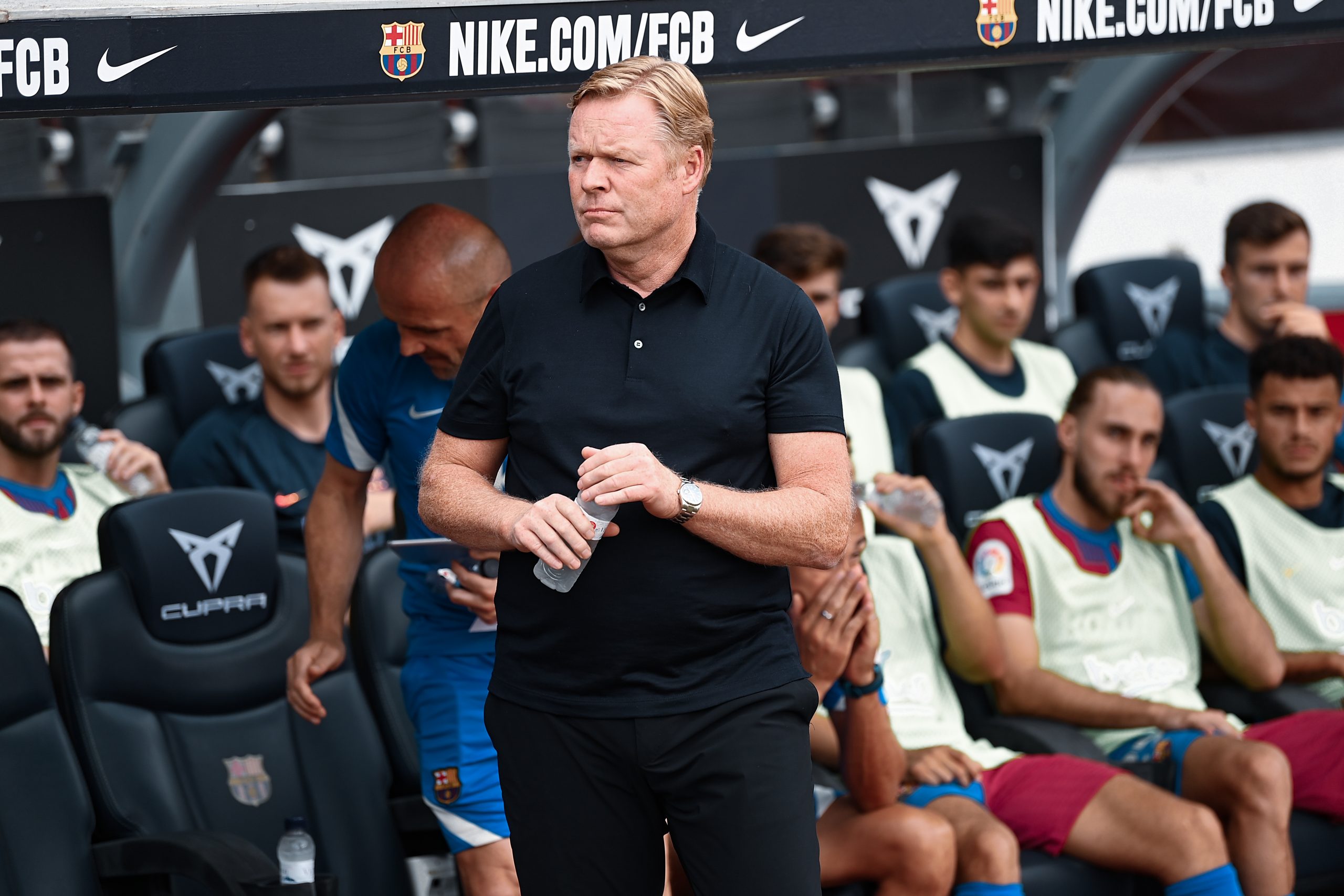 “Oh, how the turntables!” Michael Scott’s famous dialogue in The Office remains iconic till date, and will continue to do so. That is because people cannot stop using it for when the tables do, inevitably, turn.

This time, unfortunately, they seemed to have turned both on the pitch and off it for FC Barcelona. Not so long ago, Barcelona was spoilt for choice across all areas of the field. Sure, the defence was not ideal, but there was definitely some spark in the team as a whole.

Fast-forward two months and the dismal state of the squad is enough to upset even the most optimistic Culés. What else can one expect when you combine a debt of over €1 billion, an injury-prone roster, a far from ideal coaching situation, and incredibly bad luck?

Even casual football fans can infer that the current Barcelona team is underwhelming. The truly worrying part though is that the story does not end there.

Barcelona players are no stranger to injuries. Just when fans get their hopes up, the dreadful “Communicat Medic” appears on the club’s website. In total, seven first-team players missed the game against Bayern Munich. Sergio Aguero, Ousmane Dembele, and Martin Braithwaite are still not available for selection.

In fact, fitness, in general, has been a major drawback of Barcelona in recent years. Barcelona players are nowhere near the physical levels of teams like Bayern Munich.

This effectively means that Ronald Koeman’s hands are tied. He has very little room to experiment on the offensive side. It is inherently more difficult to create chances, and in such a case, the midfield becomes the sole creative force in the team.

There is, thus, no denying that injuries have taken their toll on the team.

Mediocrity is the new norm

Veterans like Gerard Pique and Sergio Busquets have entered the twilight of their careers. They can no longer match the bar they once set.

While players like Araujo have always stepped up to the challenge and take the team by storm, there will also be those who don’ fare so well. Many youngsters are still adapting to the squad, and blindly throwing them into the team for 40 consecutive games is not the smartest idea.

Youngsters? Check. Veterans? Check. So who is remaining? These cannot be the only two segments of players in the squad right? There is in fact, supposed to be a third group of players. Players that are in their prime and are killing it on the biggest stage.

Sure enough, there are players that loosely fit this criterion. Sergi Roberto, Clement Lenglet, Philippe Coutinho, and Samuel Umtiti belong to this particular set. At least theoretically. It’s just that Umtiti’s form has succumbed to injuries and Coutinho never really fit in. Roberto and Lenglet did hit their prime, but either they have lost their confidence, or their best is simply, well, mediocre.

This fact extends across the board. Many-a-times, the team has settled for the mediocre and has forgotten the ruthless ideology that Pep Guardiola once imposed.

Continuing with the trend of mediocrity, Ronald Koeman perfectly fits the bill. He is a decent coach who has had ups and downs in his managerial career. He’s not totally horrendous like many fans think he is, and he has shown that he can be good.

But he’s obviously no Johann Cryuff or Pep Guardiola either. Maybe barely a Mauricio Pochettino or even a Mikel Artera. He can be too conservative at times, and his tactics can be straight-up bizarre.

The worst part, though, is that he can incredibly predictable. When Barcelona introduced the 3-5-2 system last year, the results impressed everyone. The Blaugrana were unpredictable and forced teams like Sevilla onto the backfoot.

Turn the clock ahead a few months though, and that unpredictability was nowhere to be found. Teams had adapted to Koeman’s changes. While others were challenging Barcelona in the present, the Dutch manager was stuck in the past. The need for change was quite obvious and opportunities were there to shuffle up the team. As the window for action came and went the Barcelona legend refused to spice up the team.

There are no doubts that Koeman started his 2021/22 campaign at a disadvantage compared to managers like Julen Nagelsmann and Mauricio Pochettino. Fans acknowledge the difficult position he is in and no one expects him to win the treble.

However, if newcomers Sheriff can scrape a win against Real Madrid then surely Barcelona has no excuses when it comes to losing 3-0 to Benfica.

People have long suspected that Ronald Koeman had certain ‘preferences’ that he adheres to. His disliking of Riqui Puig has been a well-debated topic and it’s no secret that the Dutchman does not have Puig in his plans. There really is no way that fans can ever find the truth

But we can speculate on the basis of what we know. If anything, an interview with Miralem Pjanic interview provided new insight into the behind-the-scenes happenings. The Bosnian stressed the fact that Koeman did not bother to look at those he considered inadequate.

If these allegations are true, they paint a horrifying picture. While Pjanic may not have been the best player on the pitch, he did deserve chances to prove himself, and so did others. The fact that the coach initially categorized them as subpar does not mean that they cannot work and become better.

If there is truth to any of the things Pjanic said, then there is no denying that Koeman is unprofessional. Without concrete evidence, we can only take these claims with a grain of salt. Yet the mere fact that this discussion is on the table is itself troubling for fans.

For Barça, this was a disaster that was years in the making. Poor administration gave birth to a seriously lacking squad and a damning debt of over €1 billion. This drove cracks into the very foundation of the team. What happens when you give the helm of a badly damaged ship to a mediocre captain? Certainly nothing good.

The problems are apparent: injuries, an average squad, and a decent manager at best. The devastating state of the Azulgranas is a combination of all three of these factors. Everyone knows the problem, but there is no way to change what has already happened.

Issues like this cannot be simply wished away. Fans have the right to express their discontent with players, but booing players is not going to improve the team. It is only going to hamper the mentality.

Overhauls take a long time, and we can only trust the process. FC Barcelona is indeed depleted, and Ronald Koeman is not ideal. However, a team is only as good as the support of the fans backing it.