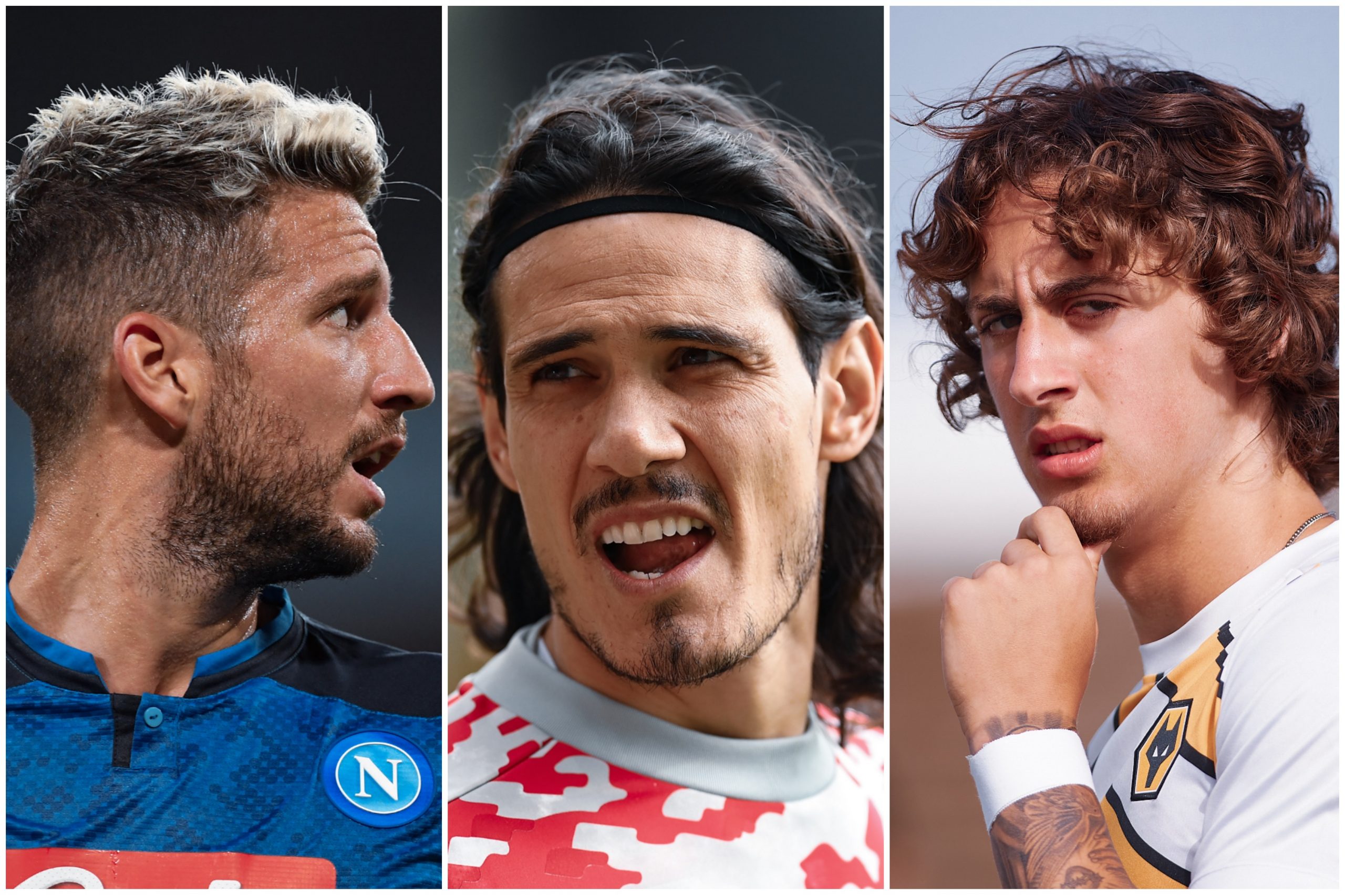 FC Barcelona are going through an extremely rough patch in all aspects and find it extremely difficult to grow out of it. With debts submerging the club, players have had to take salary cuts to get new signings such as Sergio Aguero registered.

But most importantly, they sit 9th on the La Liga table, five points behind league leaders Real Madrid. These are indeed highly tumultuous times for the club and the fans.

Throughout Barcelona’s history, the Camp Nou faithful have had the pleasure of watching great attackers representing the crest. The recent departure of Lionel Messi and Luis Suarez last season has depleted their attacking prowess.

The Catalans now depend on star signing Memphis Depay for goals, but it is imperative to understand that they need to have more options in order to turn the tide in their favour.

Aguero is yet to play a game for Barça after being sidelined due to a calf injury that has kept him out for two months. The Argentine has had quite a few injuries in the last couple of years, suggesting that he cannot play all the games this season.

The Blaugranas have had a very tough start to the season, and the month of September registering just one win from six games. Additionally, they have scored just four goals during the same period. While the defence was a real issue last season as well, Messi, and at times Antoine Griezmann and Ousmane Dembele often saved the club from sinking.

The recent thrashing at the hands of Benfica and Atletico Madrid, however, has highlighted the need to sign a dependable, experienced striker that’ll help the club and Ronald Koeman’s men come out of a deep hole they currently find themselves in.

As such, Barça Universal explores three strikers Barcelona can pursue as loan deals in the January transfer window.

One of the most intelligent strikers of the last decade, Edinson Cavani boasts of excellent movement without the ball in and around the box. The 34-year-old made a living owing to his unparalleled awareness, heading ability, and instincts which helped him pop up into significant scoring positions.

During his spell at Manchester United, the Uruguayan striker has 17 goals under his belt in 39 appearances. But his record with Paris Saint-Germain stands as the true testament to his abilities. 200 goals and 43 assists in 301 appearances for the French giants make him the club’s highest scorer of all time.

In fact, he has been successful at every club he has played with. During his time in Italy, he played a pivotal role for SSC Napoli, scoring 104 goals and setting up 14 in just 138 appearances, an astonishing record for the player. He brought great success to Palermo, too. Having spent four seasons with Le Aquile, the centre forward had 38 goal contributions in 109 matches.

Barcelona were already linked with the striker this season but will need a massive favour from the club from Manchester. Barça can only pursue a loan deal for the veteran owing to their terrible financial situation and would have to hope that United agree to subsidise the player’s wages for half the year.

The Uruguayan was seen as a target for Barcelona in the summer as well, but the deal failed to come to fruition. The possibility of the same rises, though, as his involvement at the Theatre of Dreams has decreased since Cristiano Ronaldo’s return.

A hardworking forward, Dries Mertens is a highly versatile player. Not only possessing exceptional technicality, but the Belgian is also quick, agile, and short, which makes it challenging for opponents to dispossess him off the ball.

Mertens also has an excellent range of passing, and due to his clever movement inside the box, he ends up scoring and creating many goals for club and country.

One of the best traits that the Belgian possesses is his deadly shooting from outside the box. Much like Philippe Coutinho, Mertens has the capability to wrap his right foot around the ball and curl one into the top corner. A delightful finish against Barcelona last season in the Champions League, is a case in point.

The 34-year-old has spent nine seasons with SSC Napoli, playing 351 games, scoring 135 goals as their top scorer, and assisting 59. Apart from his attacking prowess, his work ethic is also noteworthy. The Napoli talisman puts in an impressive defensive shift, averaging 0.79 tackles per 90 minutes.

The experienced striker fits perfectly in the current Barcelona squad. He’s a delight to watch on the ball, and his anchor play helps with transitions from defence to attack.

During the 2016-17 season, when Gonzalo Higuain decided to join Juventus and Arkadiusz Milik was injured, Maurizio Sarri decided to deploy Mertens as a striker for the first time at the Italian club.

The manager and Mertens saw a dramatic improvement in his goalscoring output as a result of this ingenious tactical tweak by the Italian manager. He hasn’t looked back and prefers starting up top with Lorenzo Insigne on the left flank.

But ever since Luciano Spaletti’s appointment as head coach, Mertens has struggled for game time. Barcelona have been linked to him time and again, and looking at the current scenario, there’s no better time to initiate this deal, considering it suits both camps.

In fact, Mertens was quite frank about how exciting it could have been for him in 2017: “I decided to sign a new contract here and then Neymar went to Paris Saint-Germain, so the transfer market exploded. At times I think: ‘What would I be like now at Barcelona?'”

Maybe now is the time we all get to know how he would be at Barcelona.

As Raul Jimenez returns from a horrific injury that had kept him out for more than a year, chances of young Portuguese striker Fabio Silva to feature over the Mexican are slimmer than ever. Silva, who was bought in to replace the injured Jimenez but has fallen so below the pecking order at Molineux that he featured for the Wolves U21 side against Sunderland in Premier League 2 last week.

After Nuno Esperito Santo’s exit from the club, it seems that new manager Bruno Lage has not been too keen on playing the young striker. Getting very limited playing time, Barcelona could be the perfect destination for a loan deal for the youngster where he could get playing time and prove his worth.

Wondering why Fabio Silva is a good prospect for Barcelona? First and foremost, he’s young and boasts of high fitness levels, which means he is robust and can play more than one game in a week. Moreover, he must be willing to prove himself, considering the lack of playing time for Wolverhampton Wanderers.

At 6 ft tall, Silva is pacey and looks to have an all-around impact on games with goals and assists even at the tender age of 18. While not a target man, he is an excellent poacher and often takes up intelligent positions in and around the box, giving him a decent shot at goal.

He can shrug off defenders, courtesy of his built and is in the mould of a complete striker. While still raw, and understandably so, he is able to use his pace and agility to flummox defenders and is adept at making off the ball runs to stretch defences and cause openings in the opponents back four which helps and his teammates on the counter-attack.

Silva’s work ethic becomes apparent with his impressive pressing numbers. In the last year, compared to other strikers, the teenager falls into the 77th percentile for pressures with 17.09 per 90. While some other aspects of the defensive side of his game could use work, it is vital to remember that he played for a team that averaged the second-lowest amount of pressures in the attacking third last season.

Joan Laporta has extended his support to Ronald Koeman by giving him players, but it looks like the Barcelona board will gave to go all-out in the winter window in the hope of closing the gap with league leaders and arch-rivals Real Madrid. And they will need to start with a striker.