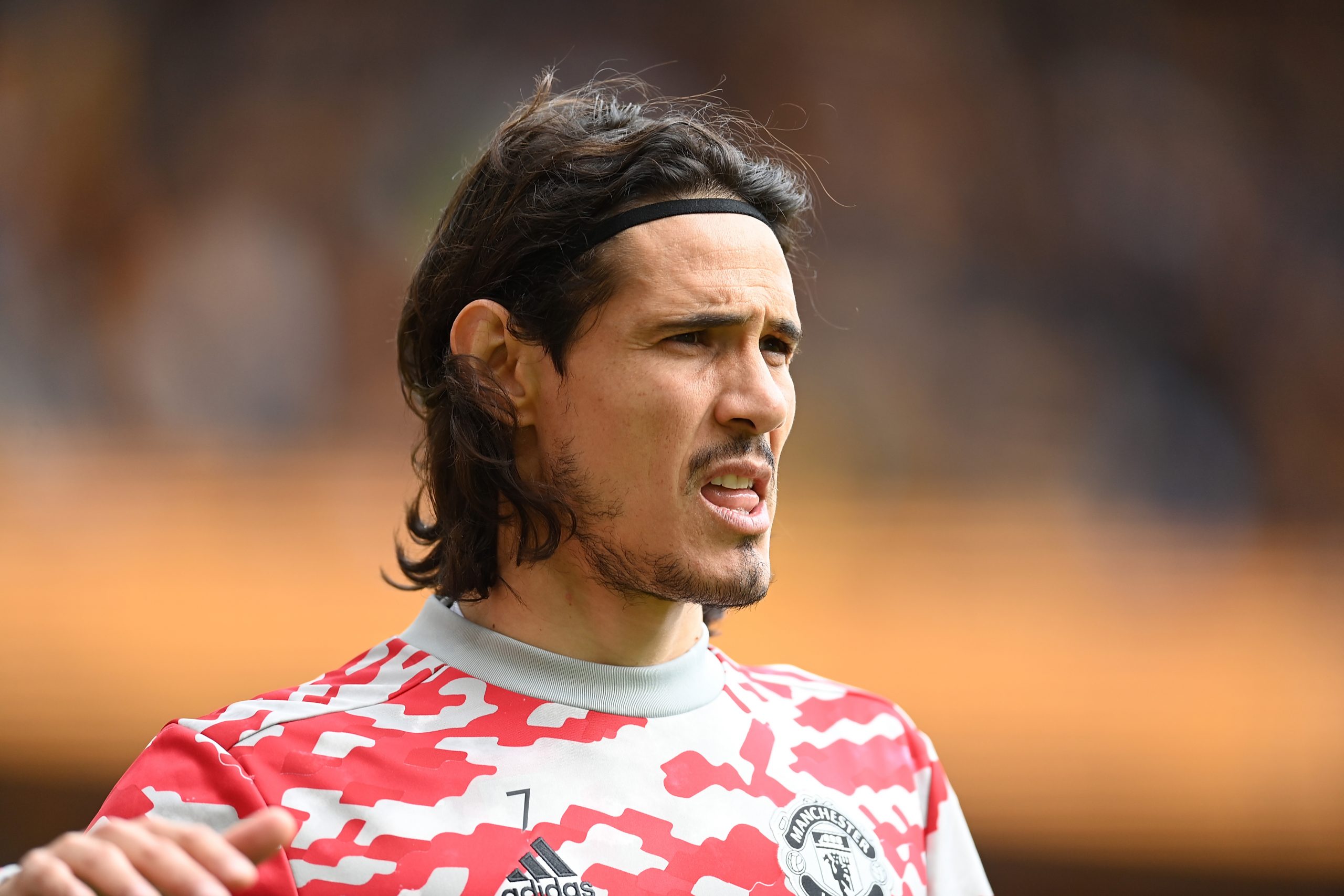 Barcelona’s search for a new centre-forward might be close to reaching a conclusion if reports from El Nacional are to be believed.

It is no secret that the Blaugrana have been scouring the transfer market for new strikers having lost Martin Braithwaite to a serious injury and seen Sergio Aguero get sidelined indefinitely due to a heart condition.

Numerous names have been mentioned over the past weeks, but it seems like club president Joan Laporta has a signing ‘tied up’. The report claims that the Barcelona supremo has ensured everything is in place for the club to sign Manchester United’s veteran striker Edinson Cavani in the winter transfer window.

The 34-year-old has seen his importance wane at Old Trafford this season following the arrivals of Cristiano Ronaldo and Jadon Sancho in the summer. Injuries, too, have hampered the Uruguayan, limiting him to only a handful of appearances in the 2021/22 season.

And, Barca are now in a position to offer him a way out of his predicament at Old Trafford, with a deal for January sorted. However, a move is not completely set in stone as manager Xavi Hernandez is uninterested in adding the former PSG superstar to his ranks.

The newly-appointed Barcelona boss does not see Cavani as an ideal fit in the way that he wishes his team to play. Furthermore, at 34, he does not represent a long-term option for the Catalan giants and would, at best, be a short-term fix, something that Xavi is not interested in.

Instead, the club legend has suggested alternatives such as Timo Werner of Chelsea or the versatile Manchester City ace Ferran Torres, for whom negotiations are already underway. So, whether a move for Cavani materialises in January remains to be seen.

While the aforementioned report talks about a move in the January transfer window, English publication, The Times has claimed that Cavani would be very much interested in joining Barcelona on a free transfer at the end of the season.

The 34-year-old is in the final seven months of his contract at Manchester United and is not entirely happy with his situation and reduced game-time. However, it is claimed that he wants to see how things develop in the coming months under the management of Ralf Rangnick, who has been appointed as the interim head coach following the sacking of Ole Gunnar Solskjaer.

Cavani has played in Italy, France and England and has achieved success to a certain degree. The veteran superstar is now believed to be keen on testing himself in Spain and would welcome a move to Camp Nou when his contract expires.

The report further adds that Barcelona’s financial situation would make a January deal impossible, contrary to what’s been claimed by El Nacional. But it is stated that a switch in the summer, when the Manchester United man would be a free agent, would be much more feasible. It will be interesting to see if either of these scenarios pan out in the coming months.