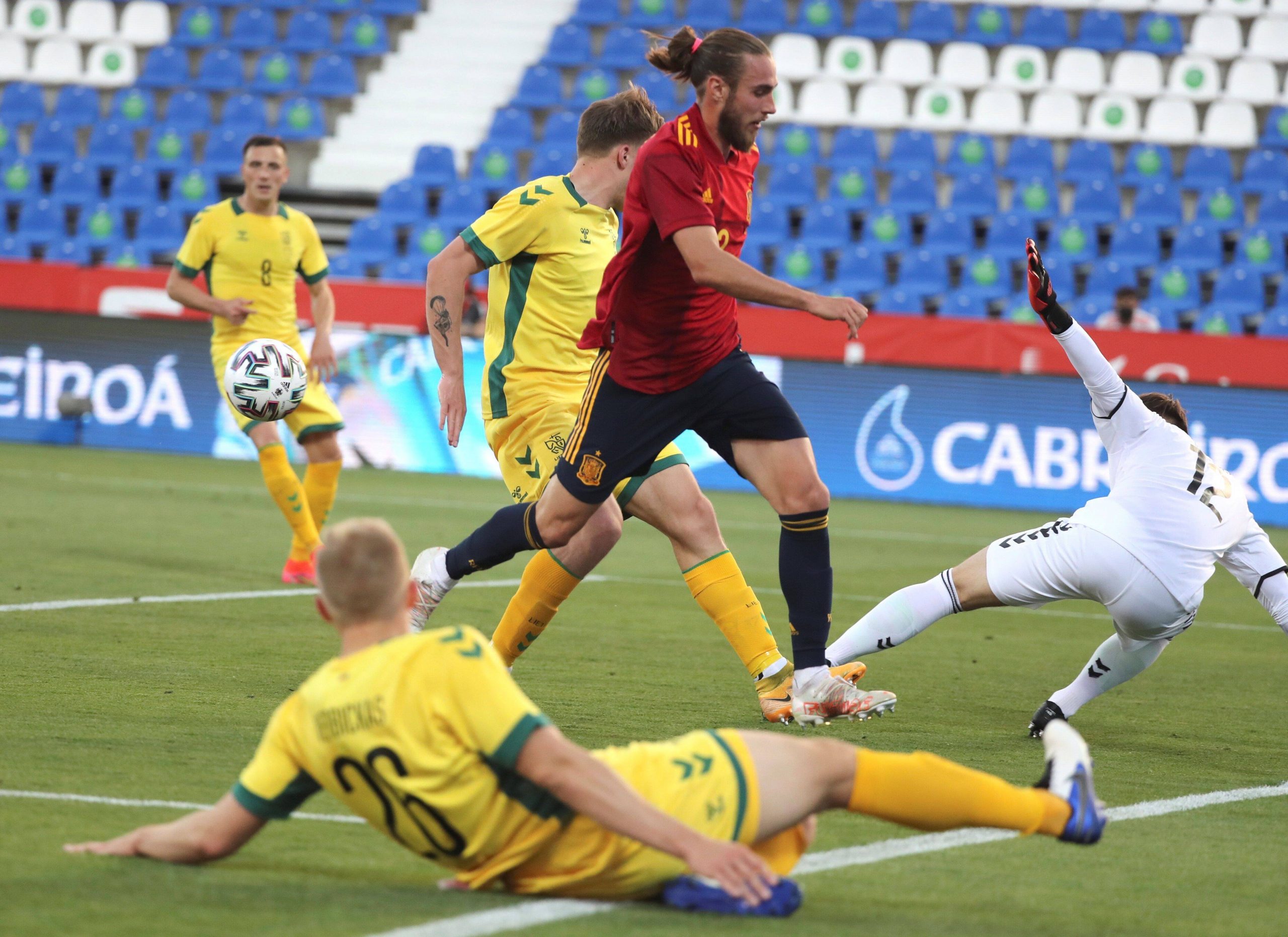 After Sergio Busquets tested positive for COVID-19, the entire Spanish first team had to be put under isolation, endangering their friendly game against Lithuania ahead of their Euro campaign. However, that was before the RFEF (Spanish Football Federation) decided that the U21s would be sent out to play the fixture as scheduled.

As a result, many of the Spanish next generation have received their first ever senior international cap. Among these is Barcelona’s defensive gem Oscar Mingueza. Spain ran riot against the Lithuanians, scoring four and keeping a clean sheet, handing the perfect debut to all the youngsters.

After the game, Mingueza spoke to the RAC1 program ‘Tu Diras’, opening up about the circumstances under which the game was played and what it means to him to represent his country for the first time of many.

“It’s a delicate moment, but we can’t be with the senior national team. We were locked in the room all day. We are ready to do whatever it takes,” Mingueza began, alluding to the COVID situation plaguing the Spanish camp at the moment.

About his debut, he was ecstatic, saying: “In the sports aspect, it has been the best year of my life. I am very grateful to everyone who has trusted me.”

On playing with Barcelona’s first team, Mingueza added: “I’m in the first team right now and I guess I’m going to do the pre-season, I’ll see what happens. I hope I can be with Barcelona all year and help as much as possible.”

He then spoke about Ronald Koeman, who will now continue at the club for one more season at the very least: “Koeman has been a coach who has helped me a lot. He made me videos with tactical, technical corrections. I am very glad he renewed.”

Mingueza concluded by speaking about the mental hurdles he faced initially and how overcoming them helped him break through new ceilings in his career: “When I was at Barça B I lost a little bit of confidence. I made the best decision which was to ask for help from outside and it was great for me to live through the difficult times. The help of the psychologist has been one of the keys to make the most of it.”