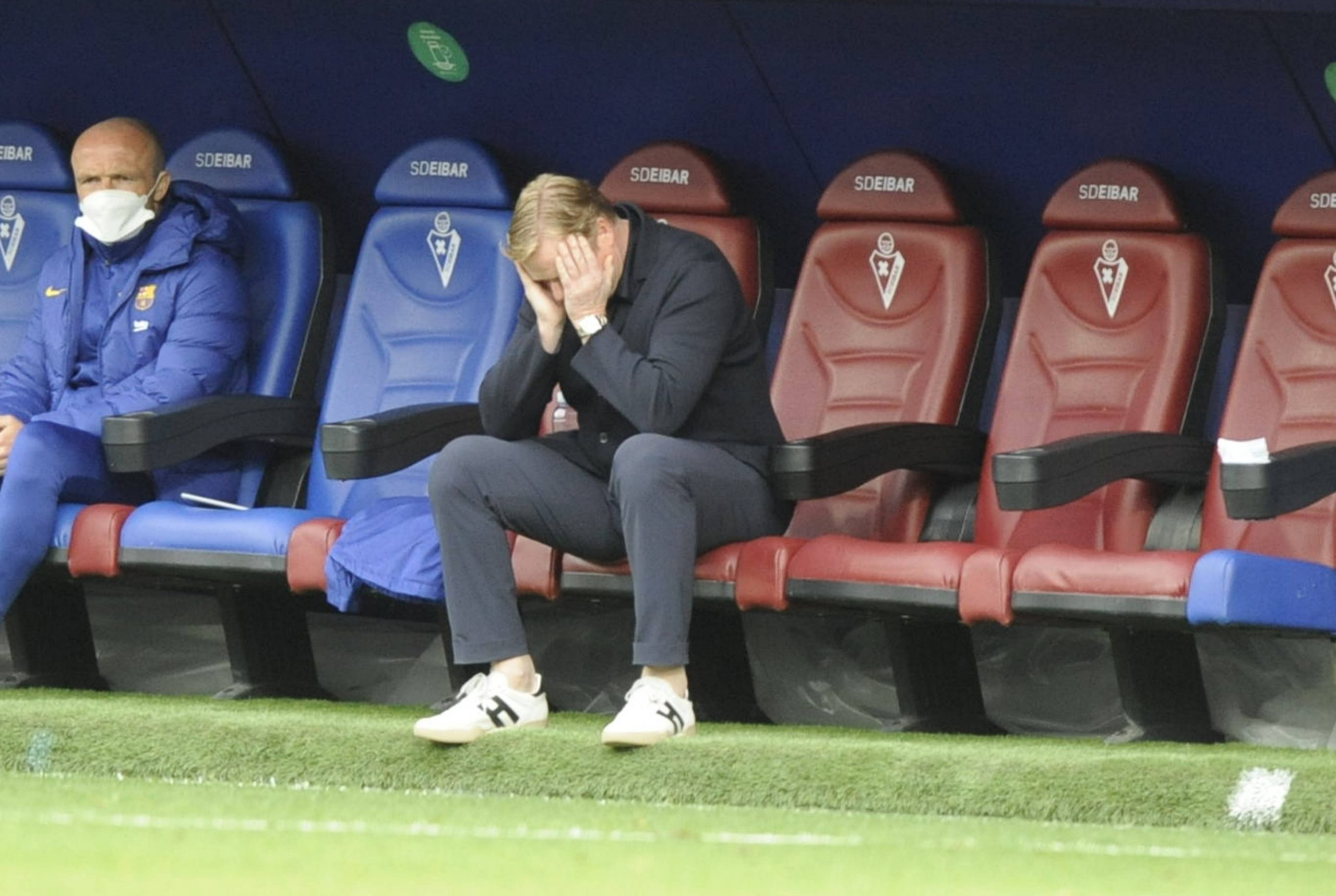 Following a long-drawn-out saga, meetings and negotiations, Barcelona president Joan Laporta finally announced that Ronald Koeman is set to continue as head coach of the first team for at least one more season.

With a ton of new signings in the works, and some confirmed, it has been a busy period for Barcelona in the transfer market. The current business is also a way to show Koeman that he is being backed with the transfers he wants to make the team competitive for next season.

Ronald Koeman then spoke for the first time since the decision for him to stay became official. It must have been a turbulent period for the Barcelona manager, with so much uncertainty looming over his head.

“I am relieved to say my players and staff can fully focus on the new season now,” Koeman said, expressing his satisfaction that the saga was over. He can now begin planning for next season to improve on the things that went wrong.

“The last few weeks have been intense, but I am glad that President Joan Laporta gave his support to me and calm has been restored,” he added, grateful for the faith that Laporta ultimately showed the Dutchman.

Koeman had always been adamant on leading this Barcelona side out of their transition phase and into a new era. His first season of transition can be termed only moderately successful at best, but there have been some positive signs, that have ensured his continuity.

Koeman concluded by saying: “The focus of everyone inside the club is the same: building a winning Barça and achieving success.”