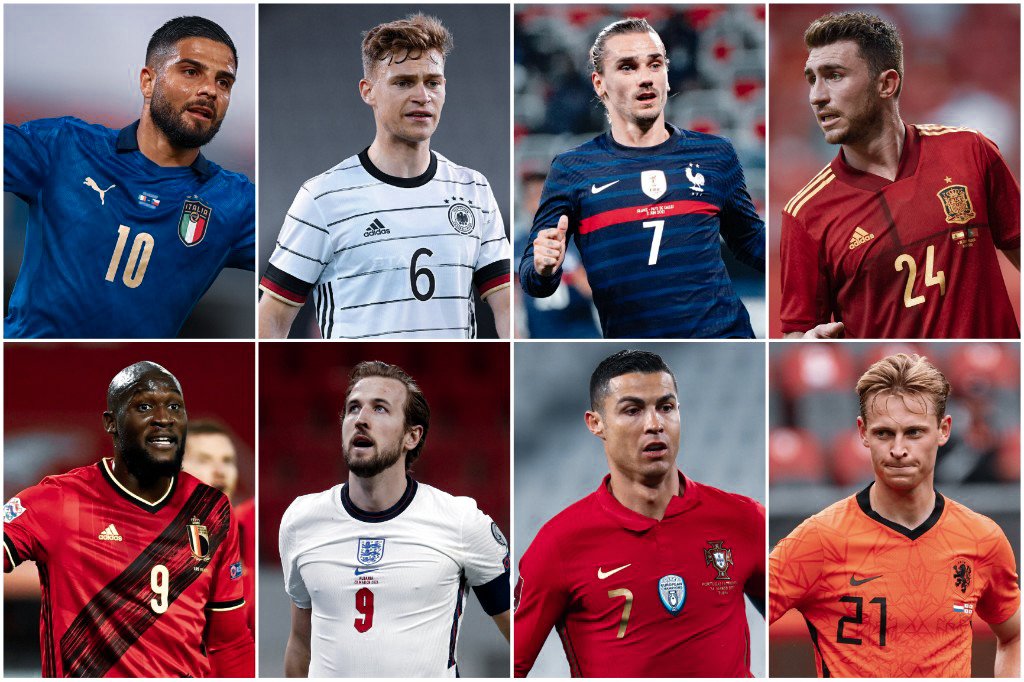 The prestigious European Championship comes back with a bang as 24 teams get ready to fight for the title currently sitting in Portugal. Originally scheduled to take place in the summer of 2020, the competition had to be postponed owing to the Coronavirus pandemic, but adjustments to the venues meant that it was given the green light.

As all eyes turn towards the Euros, Barça Universal brings to you an eight-part series, covering eight of the best teams touted to end up on the European throne.

The top-ranked nation in the world according to FIFA coefficient rankings, the European Championship this year is arguably the best chance for Belgium’s golden generation to shed the tag of ‘dark horses’ and finally taste silverware. With Serie A MVP Romelu Lukaku and Premier League POTY Kevin de Bruyne leading them, could this finally be the year for Red Devils? Only time will tell.

Gareth Southgate marches its troops in the Euros with the burden of having arguably the best squad depth in the tournament. England have been labelled perennial underachievers but now have the pleasure of boasting the second coming of their golden generation, who will hope they can get past the club differences their predecessors could not and lift the trophy on home soil.

Everyone’s top dogs for the competition, France join the competition after winning the last big international event – the 2018 World Cup. Drafted alongside their opponents from the 2016 Euro finals, Portugal, Didier Deschamps has picked the best of the best from France’s multi-layered squad, including Karim Benzema, in the hope of not falling short this time.

Seven years since the German national team lifted the World Cup, they come into the tournament after failing miserably in the 2018 edition, failing to go past the group stages. Luckily, they now have the pleasure of hosting some of the biggest names in their squad, including the return of Thomas Muller and Mats Hummels. Will Joachim Low have the pleasure of bowing out in glory?

After failing to qualify for the 2016 European Championship, Italy are are raging with motiation stepping foot into this edition of the event. Roberto Mancini has managed to transform the team from head to toe, with a distinct playing style and an exceptional squad that has shone through in the form of no defeats in nearly three years. It would be unwise to call Gli Azzurri dark horses when they truly are among the favourites.

Ronald Koeman set a wonderful foundation for the Dutch national team before he parted ways to pursue his dream of managing Barcelona. However, since then, the Netherlands have faced several hurdles and are no longer the cohesive unit they looked like two years back. Will Frank de Boer manage to escape the criticism and help Ons Oranje achieve the glory that has eluded them forever?

The defenders of the crown, Portugal are far from the team they were five years back. Winning only one game in normal time, Fernando Santos’ men upset a lot along their way. With a much more cohesive unit now, Cristiano Ronaldo and co. will hope they can prove those critics wrong by retaining the trophy against the biggest names in Europe.

No team has been able to replicate Spain’s success lasting from 2008 to 2012, where they won two Euros, and the World Cup in 2010. They no longer have a talent pool as brilliant as a decade ago, but they do have the courage to take on the best using a fantastic brand of football. Boosted by the presence of Aymeric Laporte, will Luis Enrique add the European Championship to his glittering trophy cabinet?