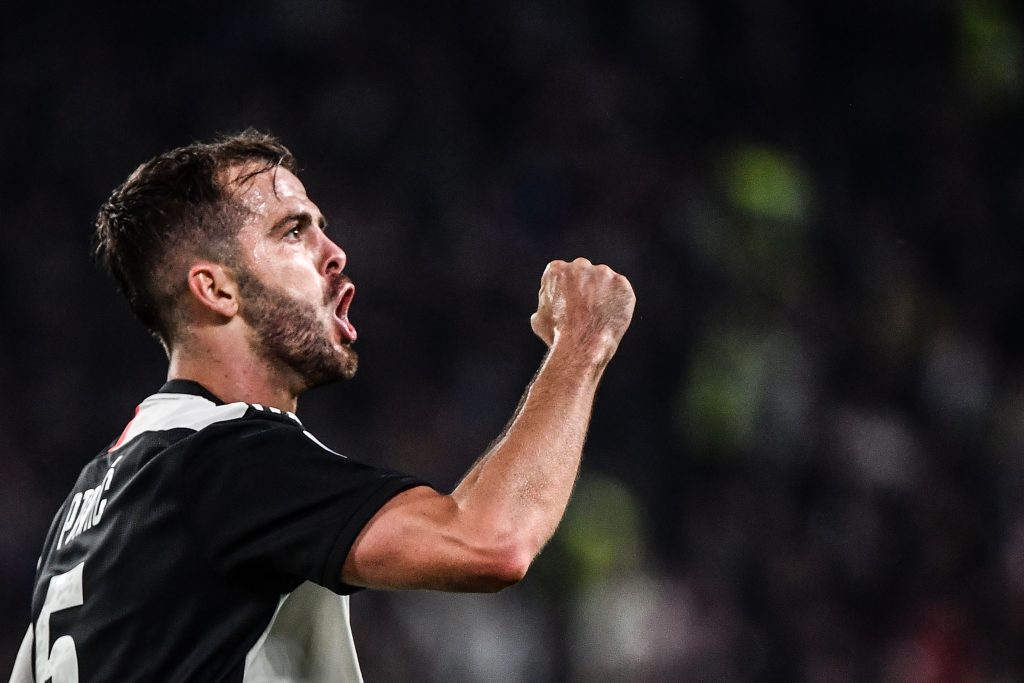 After Juventus won Serie A 2019/20, Barcelona sent a message to their future midfielder Miralem Pjanic via Twitter. Juventus managed to win the title for the ninth consecutive time, and this season’s title was Pjanic’s 4th with the Italian club.

The 30-year-old has been key in Juventus’ campaign, contributing with 3 goals and 6 assists. Also, Pjanic managed to have an average 90% success passing rate and recovered more than 150 balls. These statistics are mainly the reason why Barcelona decided to sign the Bosnian midfielder.

Pjanic’s response to Barça’s congratulations message did not take long. “Thank you, see you soon”, wrote the future Barcelona midfielder.

Pjanic will arrive in Barcelona at the end of August and sign a contract for four seasons, with a release clause of €400 million.