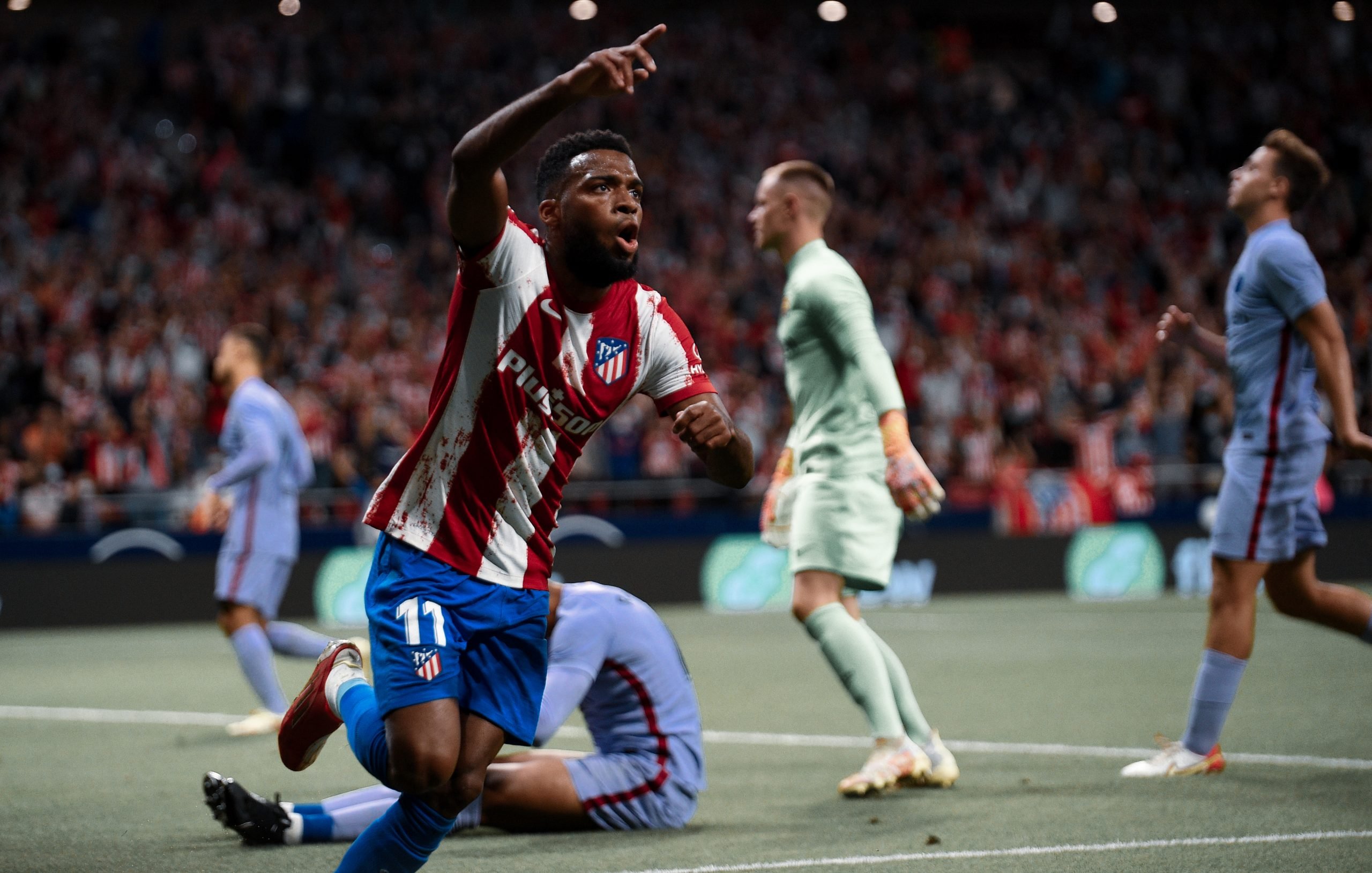 Barcelona suffered yet another demoralizing defeat as Atlético Madrid saw them off 2-0 at the Wanda Metropolitano. The squad was extremely disjointed defensively while showing little to no cohesion in attack. In all, it was a night to forget for most players.

Arguably the worst part about this defeat is that it does not mean that Koeman will be sacked, despite how toothless Barcelona were. Quite the opposite, in fact. The Dutchman is here to stay and Barça Universal runs the rule over yet another humiliating defeat.

In yet another horrendous defensive performance, ter Stegen remains devoid of any blame. The German shot-stopper could not do much against Thomas Lemar and Luis Suarez’s goals.

Mingueza was partially to blame for both goals, as Yannick Carrasco, Joao Felix, and in some part Rodrigo de Paul ran the left side of Atleti’s attack. Mingueza did offer a useful option in the attacking third, but to no avail as Barcelona ended the game scoring zero.

After countless dominant performances, it was only natural for Araujo to come back to Earth. The Uruguayan was turned to the floor by Felix during the first goal, and was nowhere near during the second.

In the final quarter of the game, Antoine Griezmann was able to easily bully Araujo off the ball which could have been the third of the game. A really poor display from Barcelona’s best player this season.

Pique did his best against the Rojiblancos lethal attack, although it was far from enough. To be fair, he was caught in a helpless one versus two during Atlético’s second goal, and could only block off one part of the goal as Suarez tucked the ball in the other side.

Tasked with plenty of responsibility to provide a threat from the width, Dest was mostly ineffectual on the night. Defensively, there was not much he could do.

The 19-year old didn’t do much in his short stint, and was struggling to keep up against the likes of Lemar, Koke, and de Paul. As Nico was continued to be outrun, he was replaced by Sergi Roberto at half-time.

Frenkie de Jong was visible all throughout the pitch, however, his impact was not proportionally felt. He had a chance to score in the first half after a Memphis header was laid off to him on the right, but could not get on the end of it. Starting him as a winger was arguably the worst of decisions from Koeman during his tenure.

Gavi was a generally positive presence on the pitch, full of energy and verticality. Was unlucky to not get an assist as Philippe Coutino scoundered a chance in the second half, handing the ball straight to Oblak. The youngster is proving more than worthy of his recent call-up to the Spanish National Team.

Coutinho had an overall standard performance, dropping into pockets to pick up the ball and making runs into the box at the same time. He made a couple of incisive passes but should have registered a goal, but fluffed his chance.

Depay found himself on the end of a few chances, but could not do enough on the night. He was often left isolated as a result of Koeman’s formation of choice. That said, he did create three half-decent chances.

In his few minutes on the pitch, Puig once again showed his worth as a creative outlet. One can only wonder what he can achieve with more opportunities.