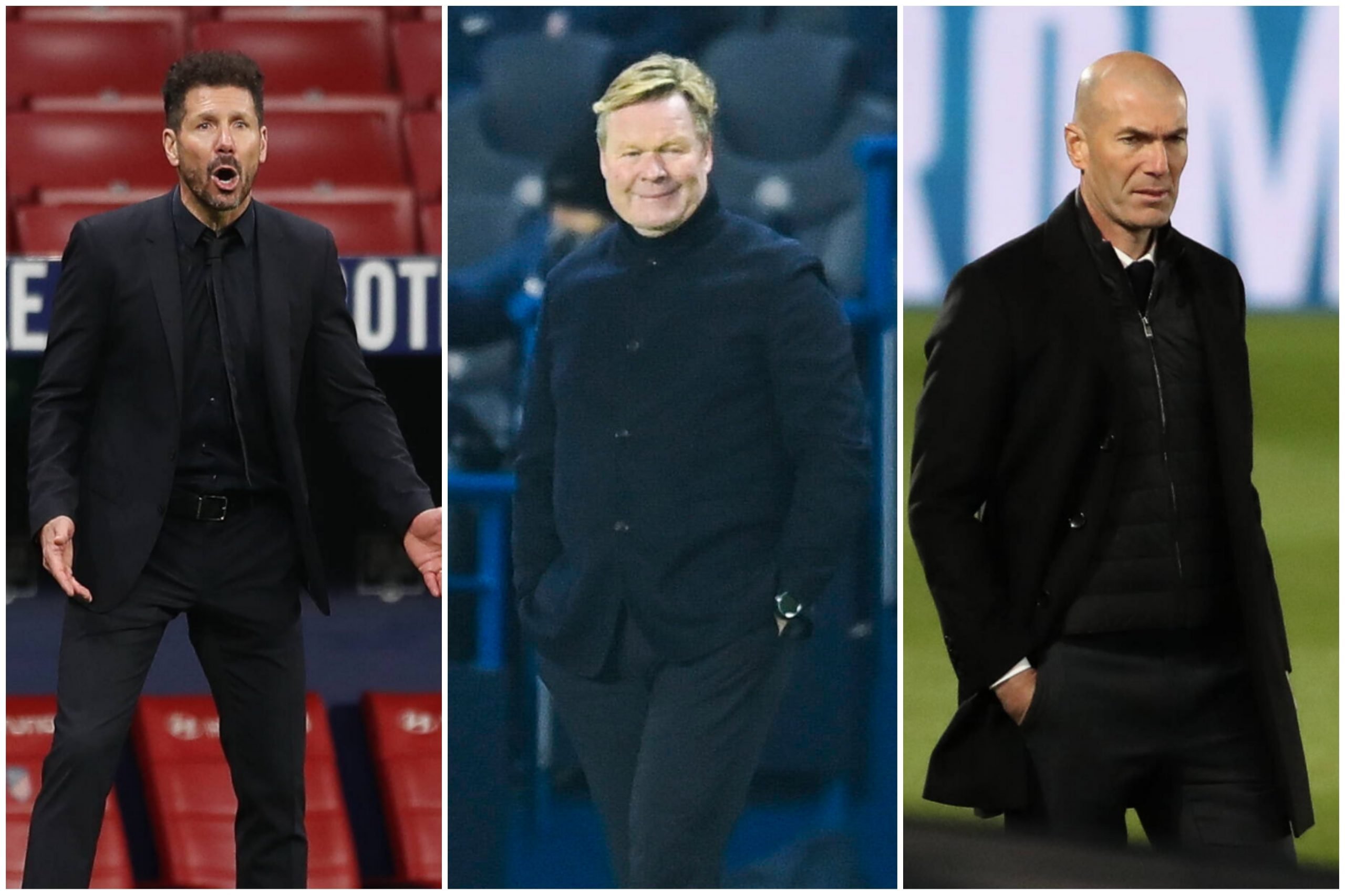 The final race for La Liga is coming up, and three teams have been raised as contenders for the title. In early February, when Atlético Madrid were seven points in front of their pursuers (potentially 13 if they won their two fixtures left from the start of the season), everybody understood that this would finally be the Colchoneros year. However, Real Madrid and especially Barcelona have been cutting down the deficit to just four and points, respectively.

Bearing in mind that Ronald Koeman’s side was knocked out of the Champions League last week against Paris, the Catalan squad will be able to focus on La Liga fully, not forgetting the Copa del Rey’s Final against Athletic de Bilbao on April 17th. This focus could benefit the Blaugranas as their main objective continues to be coming back and conquering La Liga.

Read: The future of Barcelona is finally in sight after years of chaos

Both teams from the city of Madrid are not in a similar situation, as they are still alive in the European competition. Madrid went through their round of 16 clash against Atalanta with a 4-1 aggregate. Los Blancos won the second leg game 3-1, with goals by Benzema, Sergio Ramos (penalty), and Marco Asensio. They are now in the quarter-finals waiting for their new rival in a competition in which they have put off their hopes of avoiding a title-less season.

It is a different situation for Atlético, as they are looking to come back in their round of 16 knockout against Chelsea, which currently stands at 0-1 for the Londoners. In case they get through this clash, the current La Liga leaders could be focusing on too many fronts. Barcelona could perfectly use this situation to secure La Liga, as the Diego Simeone’s men are currently on a far from ideal streak since mid-February.

It is yet to be seen if Atlético will finally succeed in advancing their fixture and if consequently will they be in the quarter-final draw. Also, we will see if Barça will continue their hot streak in La Liga, which has been going on since the start of 2021. Ronald Koeman’s side has not lost a game since December 5th, 2020, in their game at Cádiz, in which they lost 2-1.