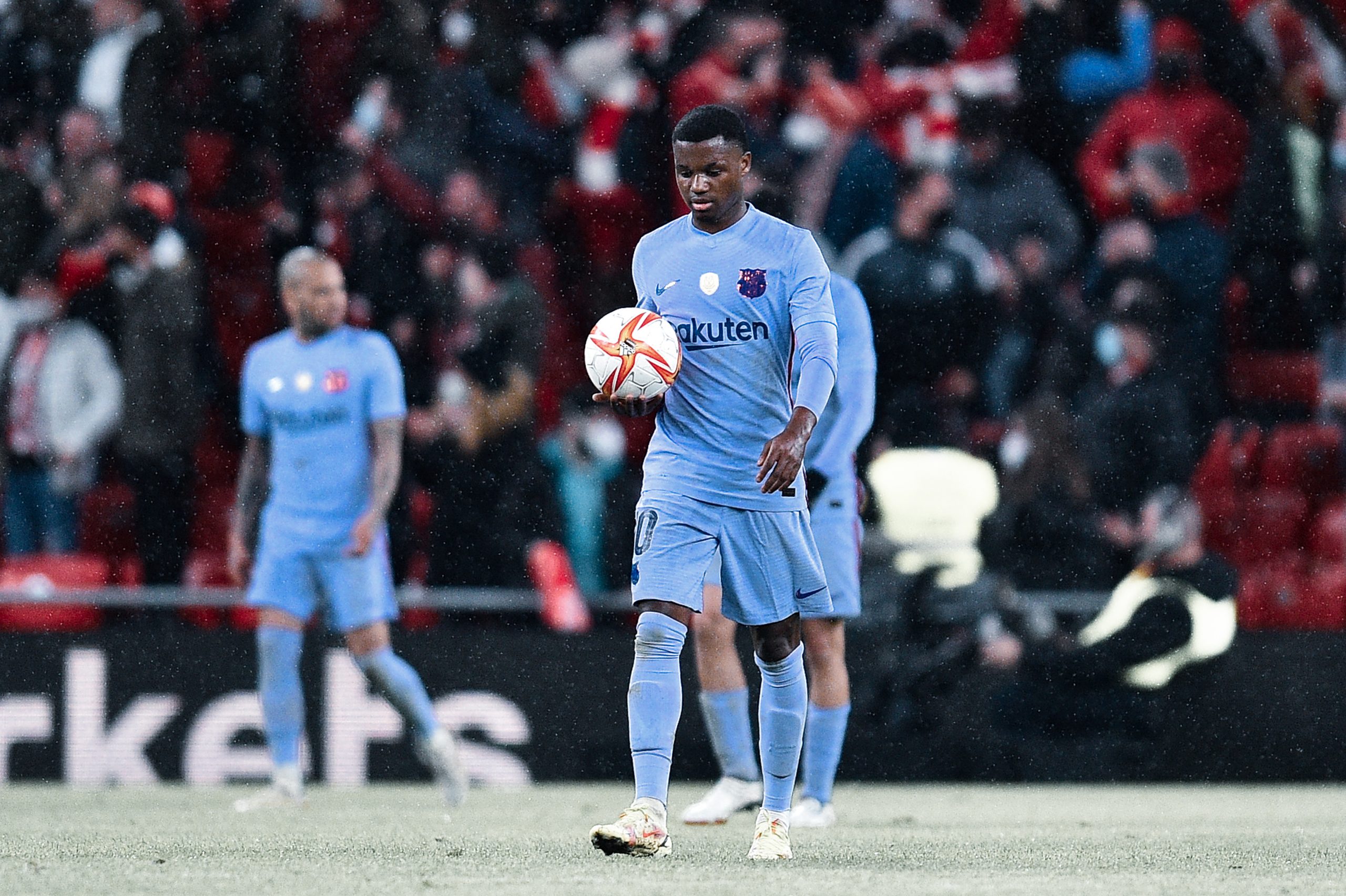 For the first time in over ten years, Barcelona did not manage to make it past the Copa del Rey round of 16 as they were defeated 3-2 at the San Mames by none other than last year’s finalists, Athletic Club.

Iker Munian ran the show, scoring two goals and creating an exceptional five chances through the course of the 90. Further, Nico Williams and Inigo Martinez put up brilliant displays as well But how did those donning the Barcelona crest fare? Let’s run the rule over Xavi’s men.

Ter Stegen is finally coming into this own under Xavi put up a solid show yesterday. He made four saves, out of which two were outstanding. Was constantly available as a passing outlet and even swept to stop counter-attacks.

Alves assisted the eventual winner, but that does not discount his horrible outing. Iker Munian ran circles around the Brazilian, making him look like a rookie. Further, he was quite predictable in attack, completing just one of his eight attempted cross.

Ronald Araujo has been consistently great for Barcelona this season whenever he has been available to play. He was great yesterday as well, making three clearances and one tackle.

Easy to criticise one of the veterans in the team, but Pique has undoubtedly been Barcelona’s best player this season alongside Araujo. The Spaniard read the game brilliantly against Athletic, sniffing out danger time and again. With ten defensive actions, he led the game.

Jordi Alba’s worst performance since Anfield 2019, and that is saying something. The Spaniard was careless in possession, not active enough defensively, and was at fault for two of the three goals scored yesterday.

It is truly a wonderful feeling having Pedri back as a Barcelona fan. At 19, the Spaniard has unparalleled composure on the ball, and more importantly, always has an idea. He was undoubtedly the best player for the visitors, and the equaliser was the icing on the cake for a superb showing.

Busquets was not as involved in the build-up as he usually is, as Athletic Club blocked off all channels of possession centrally. He did an impressive job of containing Dani Garcia, Raul Garcia, and Mikel Vesga and ended up with an assist to his name. Otherwise, a decent enough outing.

Inarguably Gavi’s worst performance for Barcelona till now as he was completely shut down by Athletic’s midfield.

Torres scored his first goal in spectacular fashion for Barça but was, for most of the night, very passive. The Spaniard was still evidently lacking rhythm and could not link up with his teammates as he would have wanted to.

Started the game well, eventually got lost in Athletic’s mid-block.

Nico was deployed on the right-wing for most of the night, and was visibly uncomfortable. He did, however, deal with a few counter-attacks well, even if that was by fouling them.

Fati played 35 minutes, looking fresh and ready for most of them. Created one chance but had to be subbed off at the 96th minute after picking up an injury. Heartbreak.

Is it injuries, or is it just exhaustion? One way or another, Frenkie de Jong’s performances have been incredibly concerning. He gave away the foul that led to the second goal for Athletic and looked visibly out of ideas for most of the 60 minutes he played.

Came on late did not do enough to warrant a rating.