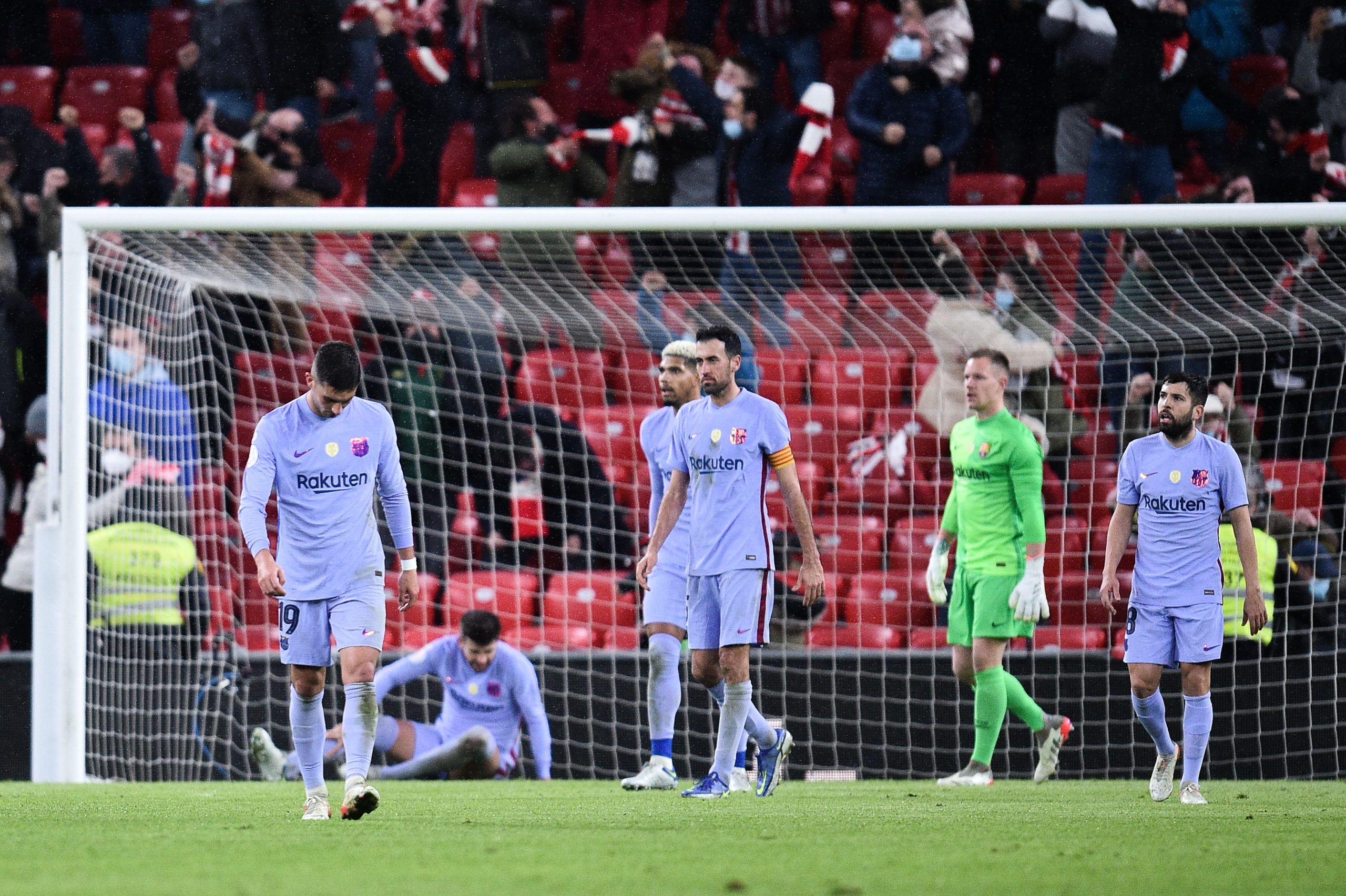 Just over a week after their loss to Real Madrid, Barcelona took on Athletic Club in the Round of 16 of the Copa del Rey. Given the rich history of fixtures between these two sides, the game was expected to be a cracker.

Athletic Club did not waste any time in the game, instantly attacking the visitors’ goal. Within three minutes, the home side led their Blaugrana opposition. A cross from Nico Williams was controlled well by Iker Muniain, who fired in a beautiful curling shot into the top corner.

Yet, Marcelino’s side did not slow down after their opener. On the contrary, they launched further attacks at the Catalan goal looking to widen their lead. Muniain and Nico Williams troubled Jordi Alba on the left flank as they constantly threatened to break through on goal.

In the 20th minute, a moment of magic steered Barcelona right back into the clash. Sergio Busquets found Ferran Torres in the box, and the former Manchester City man fired an unstoppable shot past Agirrezabala.

Barcelona regained control of the game after the equaliser, but Athletic Club continued to have the better chances of the half. The closing minutes of the first period proved to be a nervy affair for Xavi’s side as they faced a wave of attacks. It took moments of brilliance from Gerard Pique, Ronald Araujo and Marc Andre ter Stegen to keep the Blaugranas alive in the game.

Nico Gonzalez came on for Ez Abde at half-time as Xavi aimed to regain control of the midfield.

In the 52nd minute, Nico Williams had a spectacular chance to help his side take the lead but was denied by Ter Stegen. Soon after, Ansu Fati and Frenkie de Jong entered the field for Gavi and Jutgla. The game continued at a slow yet exciting tempo for the next 15 minutes. Both sides had chances, but Marcelino’s side undoubtedly had the better ones.

Inaki Williams had an audacious attempt hit the crossbar in the 86th minute. Minutes later, the hosts went ahead through a well-worked set-piece. The initial header was saved, but a scramble in the box saw the ball fall to Inigo Martinez, who deposited it at the back of the net. Athletic Club scored again just a minute later, but the goal was ruled out for offside.

With just a minute left on the clock, Barcelona equalised through Pedri. Dani Alves attempted a stunning bicycle kick which fell at the Canary Islander’s feet. Pedri made no mistake, firing a low shot past the goalkeeper.

Five minutes into the first half of extra time, Ansu Fati walked off injured. He was replaced by Sergino Dest. Soon later, Pedri too indicated that he wanted to be replaced.

In the 105th minute, VAR prompted the referee to review a handball by Jordi Alba. The controversial penalty was given, and the home side took the lead via a well-taken penalty.

Ferran Torres scored in the 107th minute, but it was instantly ruled out for offside. The final ten minutes could not change the result for Xavi’s side, as they struggled to create chances. It was not only a defeat but also one at a heavy price for Barcelona.