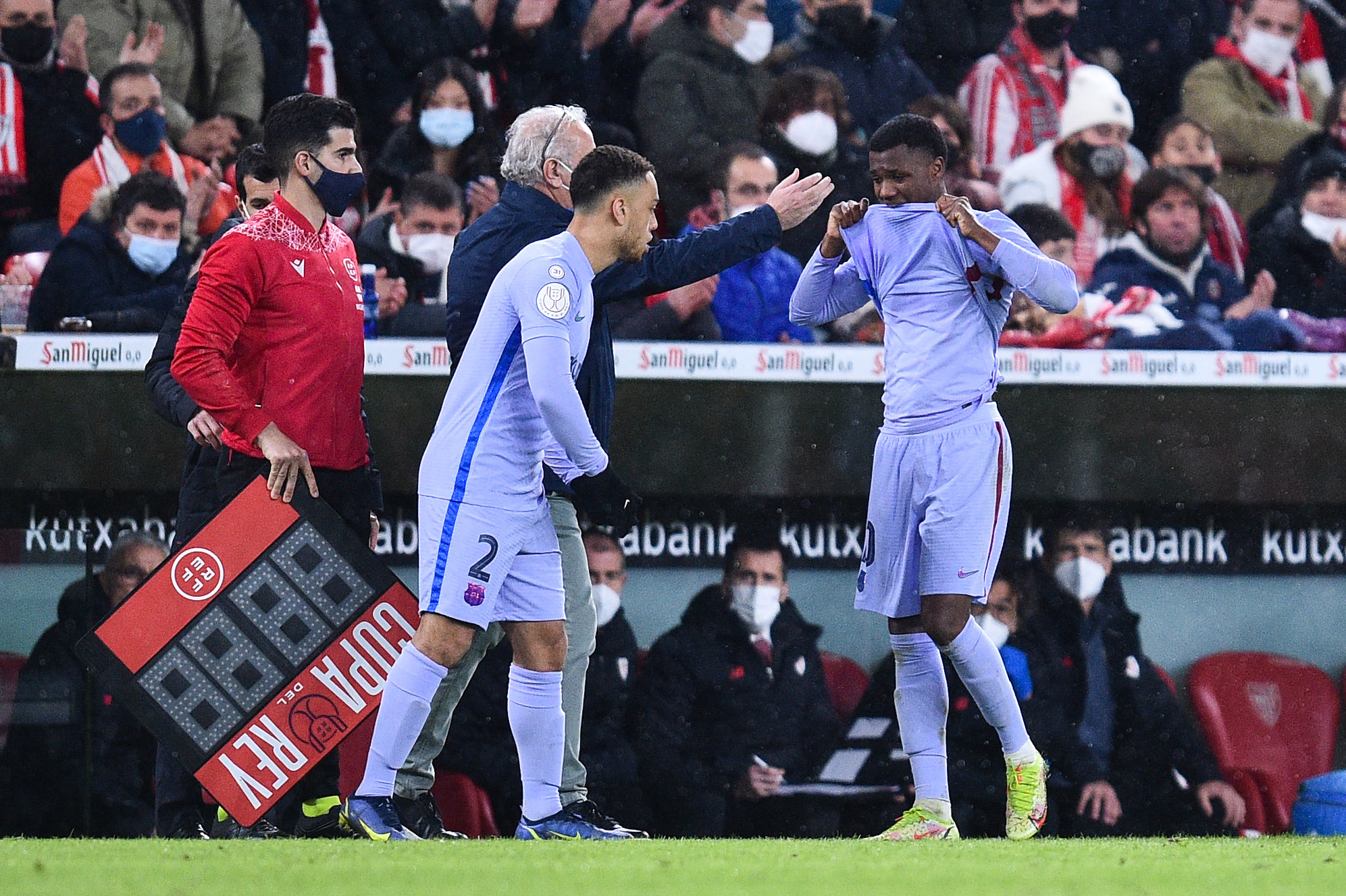 Thursday night saw Barcelona crash out of the 2021/22 Copa del Rey as they lost 2-3 to Athletic Club after extra time. The result comes exactly a week after the Catalans were eliminated from the Spanish Supercup at the hands of Real Madrid by the same scoreline.

The outcomes do put a dent in the progress that has been achieved under Xavi Hernandez. However, perhaps the bigger blow on Thursday night for Barça came in the form of another injury to wonderkid Ansu Fati.

The teenage sensation had been sidelined since November due to a hamstring issue and had made his return only a week ago in the Supercup semi-final, a game in which he had scored a goal. However, the Spanish international seemed to have had a recurrence of the same injury on Thursday night.

Fati pulled up while chasing after the ball early in extra time against Athletic and hobbled off the pitch in tears in what was a heartbreaking sight. Now, Catalan outlet ARA is reporting that the La Masia graduate has had an injury relapse and could be staring at two more months out on the sidelines.

More tests are set to be conducted on the teenage sensation today after which a clearer picture of his condition and the potential timeline over a return should emerge. Nonetheless, it is another cruel blow for Fati, who has been through injury hell over the past eighteen months or so, missing over 60 matches for Barça.

The 19-year-old has featured just 10 times in all competitions this season, grabbing five goals and an assist. Hopefully, the injury is not as critical as initially feared and he is able to make a swift comeback.

Apart from Fati, Xavi also revealed that the likes of Jordi Alba, Gerard Pique and Pedri picked up knocks against Athletic Club, although they are nothing serious.